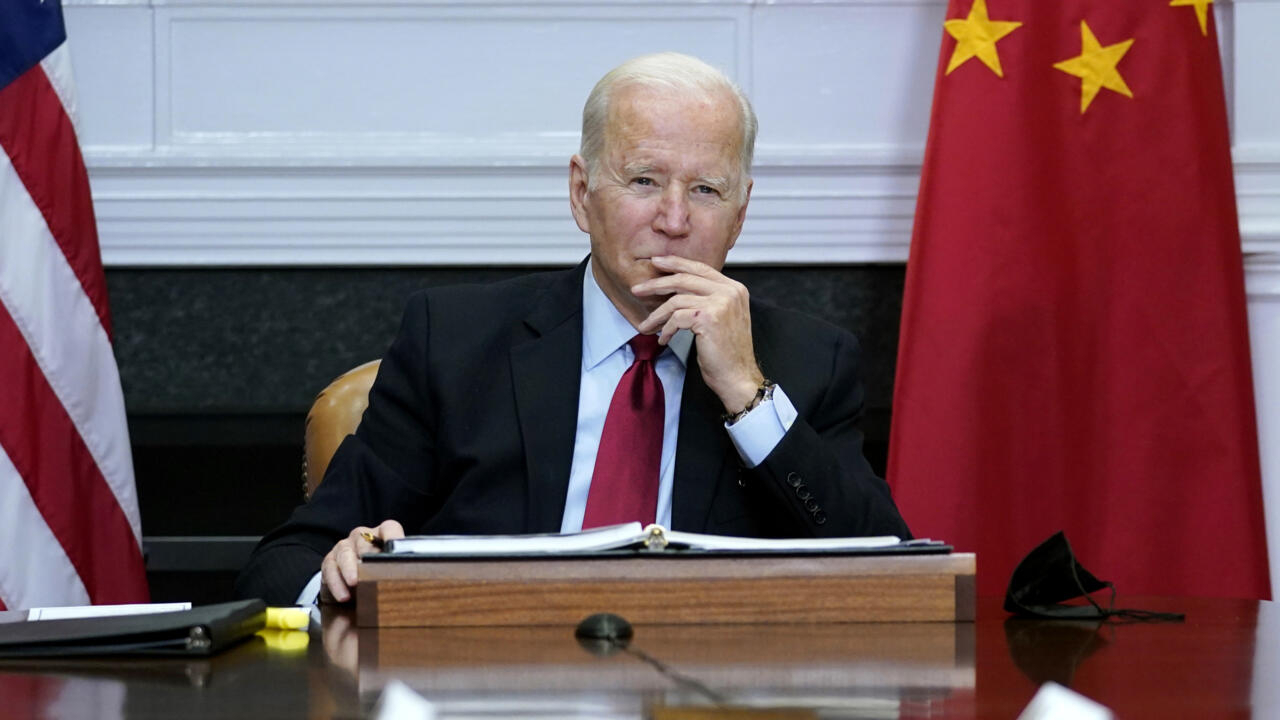 US President Joe Biden is due to meet his Chinese counterpart Xi Jinping on March 18, 2022 as part of discussions around Russia's war in Ukraine.

mistrust between the United States and China increases

”, we were told this morning

", specifies for his part

The United States will punish Beijing if China provides military equipment to Russia.

“A severe threat of sanctions “

without renouncing its alignment with Moscow, China nevertheless seems anxious to prevent a worsening of the Ukrainian crisis

Military support is not in Beijing's interest

, which highlights the analysis of several specialists for whom "

China seeks stability more than ever

", while Xi Jinping will seek to obtain "

the pandemic is already affecting the economy

Biden raises his voice again against Putin, the “war criminal”

Joe Biden persists and signs, after qualifying the Russian president on Wednesday as "

will pay a high price for his aggression

for 'war crimes' also taken up by six European countries

, including France and the United Kingdom, London which considers "

and Vladimir Putin is behind them

By hardening his rhetoric against Putin

", Joe Biden not only expresses "

a visceral reaction to the horrific images of destruction in Ukraine, these images of civilians including massacred children

, but the condemnation of the American president is also “

Putin a war criminal, he makes him a pariah, and it serves his efforts to totally isolate the Russian president

Accused by the West of being “

”, and while his invasion of Ukraine is seriously slowed down, “

General Gavrilov, one of the most senior military commanders, was thus arrested yesterday as part of an apparent purge in the general staff and the intelligence services

" in the Kremlin on the conduct of the war, comments the British daily.

Putin is turning against pro-Western Russians called 'garbage' and 'traitors'

, which believes that his call "

for a self-purification of society

The British Prime Minister, somewhat isolated since Brexit, has made it known "

that he is ready to take part in the European Council on March 24," the

would constitute a major symbolic step in the post-Brexit period"

, argues a source in Downing Street, reports the British daily while stressing "

But not sure that after having slammed the door of Europe, Boris Johnson will obtain his invitation card.

The decision rests with Charles Michel, the President of the European Council