This is the Chinese manual to save its 'Covid zero' strategy

If you lived in Jiangsu and found out that someone in this vast province in eastern China where 80 million people live, has disobeyed the rules of... 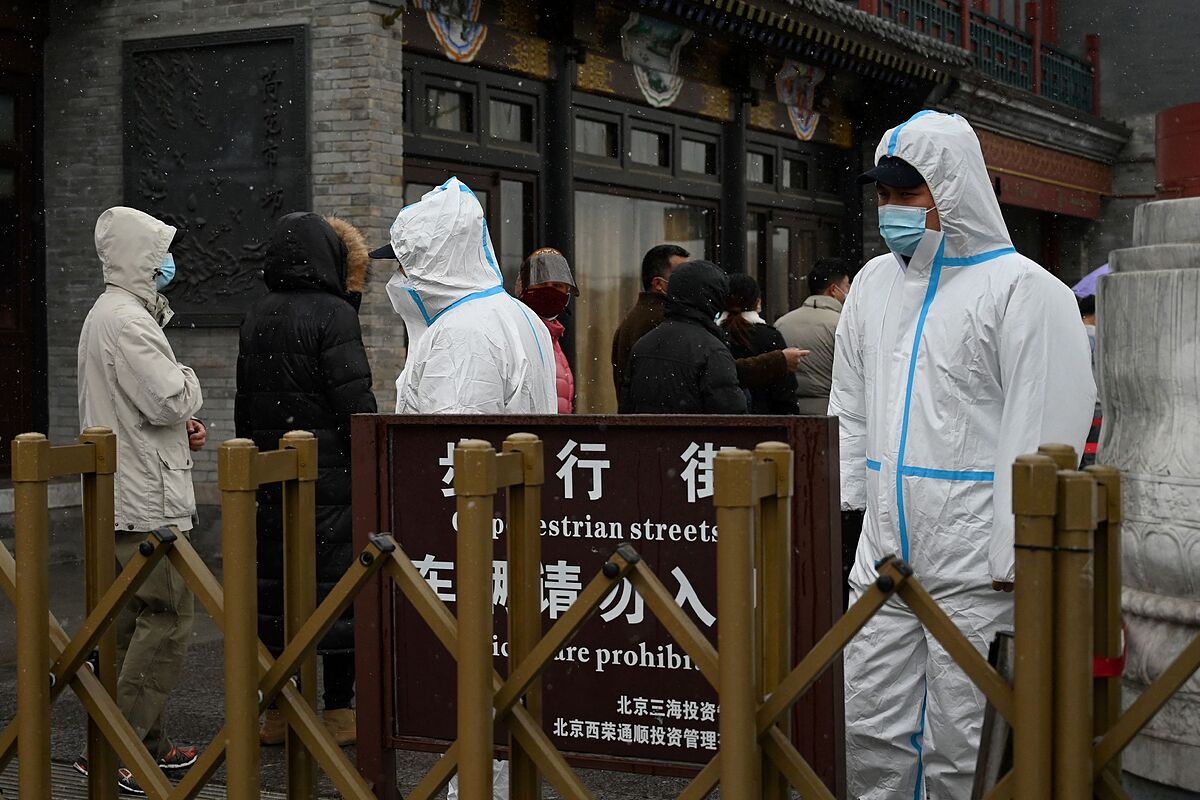 If you lived in Jiangsu and found out that a neighbor of yours in this vast province in eastern China where 80 million people live, had

, you could make a phone call to the authorities.

This public announcement travels these days through the Jiangsu neighborhoods that have been confined by the new outbreak.

A month ago, when the great focus of contagion was on Hong Kong, several cities in the southern province of Guangdong, neighboring the former British colony, offered up to 30,000 yuan (4,300 euros) for notices about people who had escaped from Hong Kong. Kong in the midst of his fifth wave.

One of these cities offering the handsome bounty,

ordered a strict lockdown on its 10 million residents on Tuesday

A couple of days before, without leaving

, it was the technological capital of China,

, that closed its doors and

locked up 17 million people at home

Residents of both cities are now blaming their plight on lapses in Hong Kong's exit controls last month.

China has reported more Covid cases than in all of 2021

So far in March, there

At the beginning of Christmas, the daily positives did not reach a hundred.

A year ago, they did not exceed ten.

But on Wednesday they set a record of 5,000 infections in 24 hours, numbers not seen since the first outbreak in Wuhan.

the figure has dropped to 3,000 new infections

The authorities point to the origin of the outbreak, like the residents of Guangdong, that

the virus jumped from Hong Kong.

China, back to the strict bolt

The count of quarantines begins in the northeast,

Jilin, which shares a border with North Korea, where more infections are being reported.

Adding the confined residents of Shenzhen, Dongguan, Changchun or Langfang, which borders Beijing, the total number of people in quarantine amounts to more than 50 million.

That's just counting the entire cities that are completely locked down.

looking for neighborhoods that have been closed due to small outbreaks.

Like in Shanghai, where 8,000 hotel rooms have been set up for quarantines.

Each household can only send one person to buy food every two to three days.

They are also conducting multiple

Jilin began its ninth round of testing on Wednesday.

new wave from China has spread much faster

than the previous ones because ómicron managed to sneak through a border that has been closed since March 2020. Not even the immovable zero Covid strategy maintained by the Asian giant has managed to contain the most infectious variant .

In a country where 87% of the population has the complete schedule of the vaccine, and about 40% have received the third booster dose

, the official count says that the total number of infections does not reach 124,000 infections.

That figure, despite the new outbreak that is becoming more widespread every day, has not risen, according to the authorities, since January 26, 2021.

It is the first time in the Asian country that the National Health Commission authorizes the massive use of these tests, widely implemented in the West, abandoning its previous policy of carrying out only nucleic acid tests to confirm infections.

Another guideline that has changed has been the order that

Covid patients with mild symptoms can remain isolated in a quarantine center and not go to hospitals.

Until now, anyone diagnosed was admitted to hospital.

This does not translate in the least in a possible future relief from the rigid state policy of Covid zero.