Researchers from the Marine Botany group (BotMar) of the University of La Laguna displaced to the island of La Palma have verified, after the cessation of the magma emission and the... 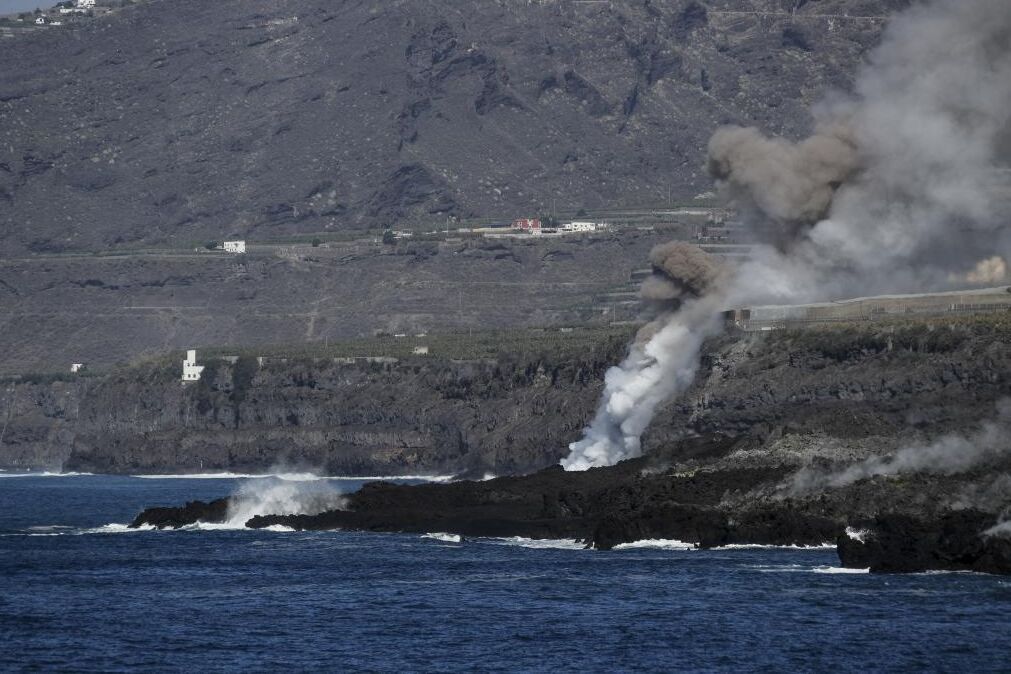 Researchers from the Marine Botany group (BotMar) of the University of La Laguna, displaced to the island of La Palma, have verified, after the cessation of the emission of magma and the cooling of the lava after the recent volcanic eruption, the process of

of the lava deltas and have carried out the first samplings of a long-term study.

The evolution of marine communities is being rapid, so much so that there are

clear differences in the lava delta

The flows located to the north and that are just a few weeks older than those located to the south, present a greater richness and abundance of the different groups of marine organisms, macroalgae, invertebrates and fish.

Populations dominated by macroalgae were buried under the lava, including some species as valuable as Gelidium arbuscula, a

, whose populations were discovered by researchers on the now disappeared Los Guirres beach last June.

However, not everything is negative, since the new rocky bottoms and intertidal habitats

, which in the future will favor the increase of biodiversity in this area of ​​the island.

In addition, research points to a different evolution of the different communities of organisms, reflecting their particular

Fish, for example, are already abundant in the deltas, with the rapid arrival of adults from other nearby areas not impacted by the volcano.

In the case of invertebrates, the

colonization process is perceived to be slower

since colonization will be fundamentally via the larval supply.

In fact, no macroinvertebrate species was observed in the intertidal deltas.

In the sublittoral only a few species have been established so far,

the most abundant being the spider

Only adults of species such as the octopus (Octopus vulgaris) or the cuttlefish (Sepia officinalis) have colonized the underwater reefs.

The most notable changes have taken place in the macroalgae communities.

At the moment, a community of primocolonizing species has established itself

both in the intertidal and in the sublittoral

These are organisms 'specialized' in quickly occupying free substrates, species with a long dispersion of their propagules and capable of generating several generations in a short space of time.

After these species, what is expected is that propagules of

will arrive in the area, which will gradually constitute the final communities in the succession, probably similar to those that now exist in other rocky locations on the island.

a periodic sampling program has been designed

The researchers did not find anomalies in the temperature and pH of the water in the locations studied, but they did observe that a good part of the front of the lava deltas is still made up of rocky material that is not very consistent,

, so it is foreseeable. a remodeling of these rocky environments in the coming years.

Important for the development of this activity has been the collaboration provided by two institutions: the La Palma World Biosphere Reserve Foundation has provided databases on the biodiversity and structure of the marine communities in the area prior to the eruption of the volcano, data key to be able to accurately assess the

true impact of the volcano's eruption

on these marine environments and the future trajectory of the communities.

On the other hand, the PLOCAN (Canary Islands Oceanic Platform) is

for the development of the research activities of this group.

According to researchers from the BotMar group, this type of study is essential to generate information and data that support decision-making and management of the resources affected by the volcano.

StoriesThe scientists who follow the foot of the La Palma volcano: "Now is the time to enjoy it"

HealthIn which autonomies are there still time and capacity limitations?

In which ones do they remove the mask in the patios and recesses?