She planned to assassinate the Ukrainian president.. What do you know about the Russian "Wagner"?

The most famous Russian security company, similar to the American company Blackwater, works under its banner hundreds of Russian mercenaries, and, according to press reports, it carries out what is described as dirty operations in various conflict areas. 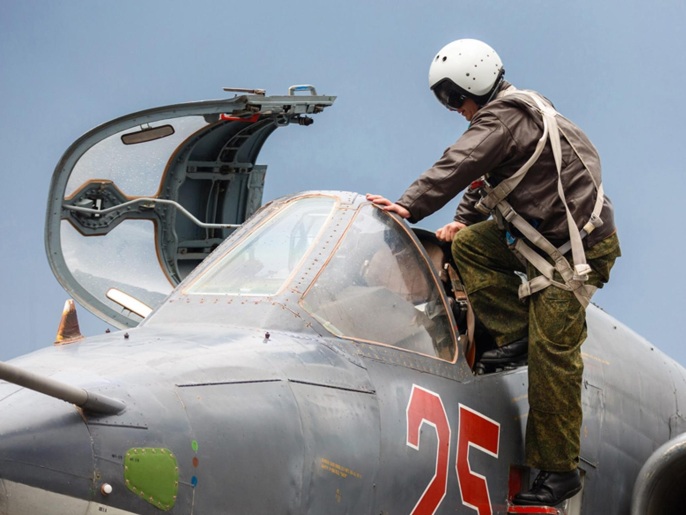 The British newspaper "The Times" revealed, on Monday, February 28, 2022, that more than 400 Russian "Wagner" mercenaries are moving in the Ukrainian capital, Kyiv, on the orders of the Kremlin, to assassinate President Volodymyr Zelensky and members of his government, which would pave the way. For Moscow to take over.

According to the newspaper, Wagner transported mercenaries of its members from Africa five weeks ago, on a mission to target the leadership in Kyiv, in return for the promise of a generous financial reward.

And "The Times" adds that the Ukrainian intelligence had obtained information about the assassination plan on the morning of Saturday, February 26, 2022, and hours later Kyiv announced a "strict" curfew for 36 hours, claiming "the city was invaded by Russian saboteurs," warning of That whoever is arrested will be seen as an agent of the Kremlin, and may be liquidated in the event of resistance.

On February 14, 2022, three prominent Western security sources told Reuters that Russian mercenaries are linked to Moscow's spies, and are strengthening their presence in Ukraine, noting that Russia can use mercenaries to sow seeds of discord and paralyze Ukraine, through targeted assassinations and the use of weapons. Specialized.

Western security sources indicated that the mercenaries are deployed within Russian private military companies, which have close ties to the Russian Federal Security Service, the main successor to the KGB and the GRU.

It added that a former military intelligence officer working with the private military group "Wagner" had gone in recent weeks to Donetsk, one of two regions controlled by pro-Russian separatists in eastern Ukraine since 2014.

The Wagner Group is the most famous Russian security company, similar to the American company Blackwater. Hundreds of Russian mercenaries work under its banner, and, according to press reports, it carries out what is described as dirty operations in various conflict areas.

- This militia arose in recent years and began its activity in Ukraine, then it became more prominent in Syria, and it grabbed the spotlight more after the killing of a number of them during an American raid in Syria in early February 2018.

- According to specialists, Wagner's work is based on the principle of an army to solve problems without the use of force.

The company provides military training for local forces, personal security for commanders and officials, and security for energy facilities.

In exchange for these services, Wagner subsidiaries receive certain concessions and licenses to use minerals and natural resources, as well as to supply these countries with weapons, technology, and military services.

A lot of data is not available about the circumstances of the emergence of the Wagner Group, and Reuters news agency, quoting the newspaper "Fontanka Ru", reported that its founding dates back to the fall of 2015, that is, the period during which Russia launched raids in support of the Syrian authorities.

The Los Angeles Times reported that the group was founded in 2014 by a former brigadier general in the Russian army, Dmitry Utkin, who is under US sanctions for his role in the Ukrainian crisis, as he fought in eastern Ukraine alongside separatist rebels.

Just as Utkin fought, many Wagner fighters first fought in eastern Ukraine, where Russian-backed militias have been leading a separatist movement against Ukrainian forces since 2014.

Since private military companies are illegal in Russia, the company is registered in Argentina, according to the Los Angeles newspaper, but most of its activity - which has been revealed at least so far - is focused in Ukraine and Syria.

Reuters quoted the Russian newspaper RKB as confirming that the number of Wagner fighters changed according to circumstances and periods, down from 2,500 at the height of the battles to about 1,000 on average, before reducing their numbers in the summer of 2016.

- The Los Angeles newspaper said that most military analysts estimate that there are 2,000 mercenaries in Syria working for Wagner.

Although the Wagner Group has no legal presence in Syria - where private security companies are prohibited - the presence of members of this group has been repeatedly mentioned.

- The Fontanka website reported that until the summer of 2016, the Wagner training camp was located in Molkino, near Krasnodar, in southern Russia, at the same location where a battalion of special forces and Russian military intelligence were stationed.

- December 9, 2016: Dmitry Utkin - a former officer in the special forces and one of the founders of Wagner - attended a celebration in the Kremlin to honor Russian "heroes" in Syria. He appeared on television and was photographed alongside Russian President Vladimir Putin.

Although the Russian authorities have kept secret their links with the group and denied any relations with it, the indications are that there is a relationship between the two parties.

Media sources indicate that the Russian army coordinates with these forces, which are transported via its military planes, and receive the same privileges as the army.

The American newspaper Bloomberg considers the group an essential part of Russia’s broader strategy of hybrid warfare, as it is a mixture of kinetic and media aggression to advance Russian interests, by deploying fighters dressed in uniforms other than the Russian army’s uniform, as happened in the Crimea in 2014.

Bloomberg quotes Evelyn Farkas, a former deputy assistant defense minister, as saying that any Russian mercenary - whether in Ukraine or in Syria - works for the Russian government.

- In addition to the traditional roles of this militia, various media outlets have highlighted a new role played by these forces in Syria related to the protection of oil facilities.

And the weekly "Soverchenko Secretno" (Very Secret) reported that the mission of Wagner's elements had changed and became "guarding the oil installations."

The same role is also played by the Russian company Evropolis, which media sources suggest is owned by Yevgeny Prigozhin, a businessman from Saint Petersburg who is close to the Kremlin, and is considered the most prominent name in the American indictment, and that, according to Russian media, he finances the Wagner Group. .

- American media reports that in 2016 the man led a group that focused on promoting Trump's campaign and demeaning his rivals, including Democrat Hillary Clinton, and "hundreds" of people rotated to work in this group with a budget of millions of dollars.

Prigozhin was called "Putin's cook", because he runs the company "Concord", which has been organizing receptions in the Kremlin, and has been subject to US sanctions since December 2016.

- Due to his influence with the Kremlin, this man has become a billionaire, and his companies are now harvesting all contracts of the Ministry of Defense in the sectors of food and services.

As Russia launched its war on Ukraine and then on Syria, he turned into a military contractor.

Agence France-Presse says that Russian media links Prigozhin with the "Wagner" mercenary group, but he completely denies any connection with it.

March 2016: Wagner was active in the operation to retake the ancient city of Palmyra from the Islamic State.

February 7, 2018: This militia suffered a major blow when the American forces launched intensive raids on a convoy that was first said to be from the forces loyal to the Syrian regime in Deir Ezzor Governorate in eastern Syria, before it became clear later - according to frequent reports - that dozens of Russian mercenaries operating Within the Wagner Group were killed in the process.

Reuters quoted three informed sources as saying that about three hundred people working for a private Russian military company linked to the Kremlin were killed or injured in Syria during this battle.

- The American raids came after a force allied with al-Assad attacked fighters from the Syrian Democratic Forces backed by American special forces near Deir ez-Zor on the mentioned date.

Reuters, according to its well-informed sources, reported that the injured who were evacuated from Syria in the past few days were transferred to four Russian military hospitals.

It seems that Wagner lost the confidence of the Ministry of Defense in 2016, after it was financing and providing it with weapons and equipment, due to tensions with the Russian army on the ground and power struggles in Moscow.

Kirill Mikhailov stated that thanks to the Russian army, Wagner's military capabilities exceeded "their counterparts of any private Western security company", especially the American company "Blackwater" that worked for the US government in Iraq and was frequently accused of impunity.

Mikhailov added that these difficulties "motivated Yevgeny Prigogin to seek other contracts, especially the one that signed with Damascus and stipulated that Wagner would regain control of oil fields and infrastructure in return for 25% of production."

- For this purpose, Prigogine founded a company called “Evropolis” that signed the aforementioned agreement with the Syrian government in December 2016. Since that time, this company has been paying the salaries of mercenaries, which range between 200,000 and 300,000 rubles (3,500-5,200 dollars) per month. According to Russian media.

- Pavel Bayev commented that "the number of mercenaries and the time period of operations require financing far beyond the capacity of an average businessman, and it is very likely that Prigogin's companies will serve as a front for other sources of financing."

- February 18, 2018: The head of the local branch of the paramilitary organization "COSAC" Yevgeny Chabayev told Reuters that he visited acquaintances who were injured in Syria at the Central Hospital of the Ministry of Defense in Khimki, on the outskirts of Moscow.

- Shabaev quoted wounded people he visited in the hospital as saying, "The bombers began to attack, then the Apaches, which are American-made attack planes, were used."

December 13, 2021: The European Union imposes sanctions on the Wagner Group, as well as on 8 individuals and 3 energy companies in Syria accused of helping to finance mercenaries in Ukraine, Libya and Syria.

The union said - in its official newspaper - "The Wagner Group is responsible for serious human rights violations in Ukraine, Syria, Libya, the Central African Republic, Sudan and Mozambique", including acts of torture and extrajudicial executions.

The sanctions also affected Wagner Executive Director Andrei Troshev, and the commander of the fourth group specialized in reconnaissance and incursions, Andrei Bogatov, on charges of participating in the group's military operations in Syria.

- December 23, 2021: 15 Western countries - including France and Germany - condemned in a joint statement the spread of Russian mercenaries affiliated with the "Wagner" paramilitary group in Mali with the help of Moscow.

These countries - including Britain and Canada - said, "We strongly condemn the spread of mercenaries on Malian lands," denouncing "the involvement of the Russian Federation government in securing material support for the spread of the Wagner Group in Mali."

- The United States had warned the military rulers in Mali against contracting with the Wagner Group, which is accused of sending mercenaries to countries, including Libya, Syria and Central Africa, and of committing serious human rights violations during its involvement in military conflicts in these countries.