There will be very strong winds across the country today. A strong wind warning has been issued for Yeongdong, Gangwon Province, and strong winds are expected in other inland areas as well. 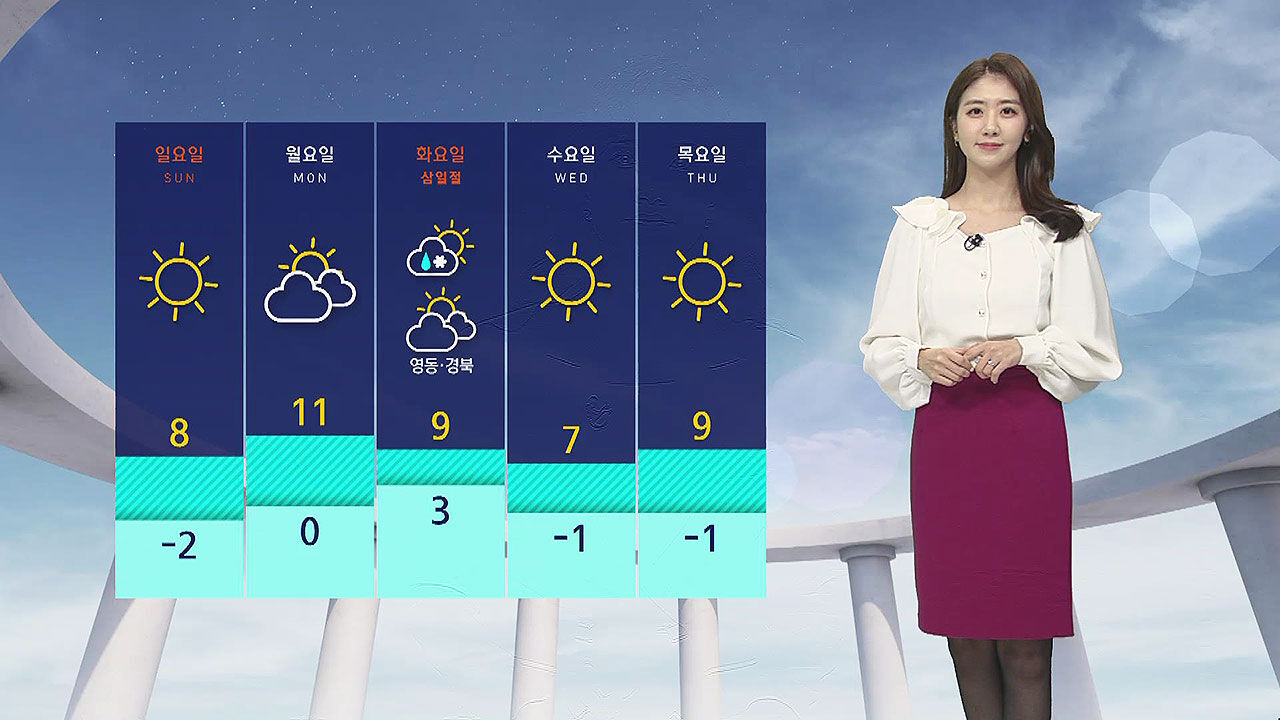 A strong wind advisory has been issued for Yeongdong, Gangwon Province, and strong winds are expected in other inland areas.

In addition to facility management, you must pay special attention to safety.

Also, you should be careful about fine dust in most areas. If you look at the detailed fine dust figures, Seoul is 46 micrograms and Gyeongbuk is up to a whopping 79 micrograms.

In Gyeonggi, Gangwon, Chungbuk and other parts of the southern part of the country, fine dust advisories are also issued.

There is also snow and rain news everywhere today, and it is expected that up to 8 cm of snow will fall in the mountainous areas of Gangwon where a heavy snow warning has been issued, and less than 5 mm of rain is expected in other inland areas.

Today's daytime temperature will rise to 10 degrees in Seoul and 12 degrees in Daejeon and Busan, and tomorrow, Sunday, will recover mostly sunny weather.