With the milder weather, spring is starting to flow. The daytime maximum temperature in Seoul today will be 9 degrees, about 5 degrees higher than yesterday, but Gangneung and Daegu will be 13 degrees Celsius. 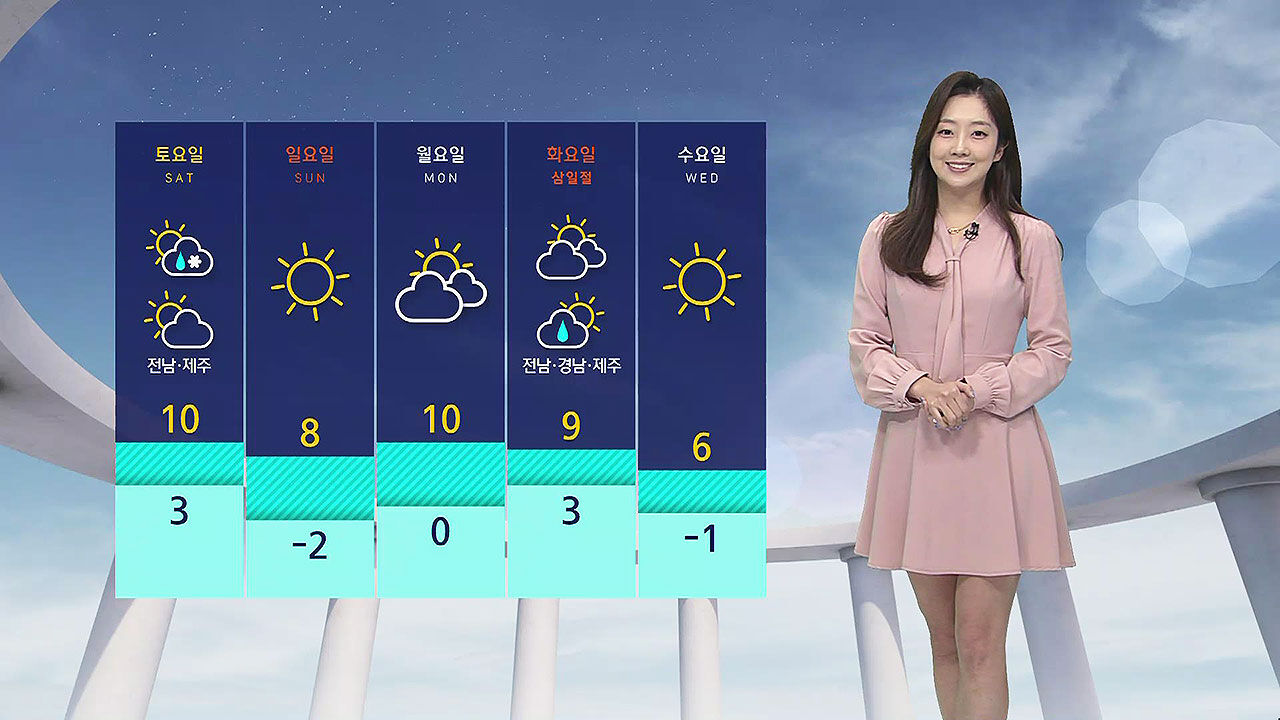 With the milder weather, spring is starting to flow.

Today (25th), Seoul's daytime maximum temperature will be 9 degrees, about 5 degrees higher than yesterday, but Gangneung and Daegu will also see double-digit temperatures of 13 degrees, so it will be warm like early spring.

However, foreign dust was brought in by the gentle west wind.

As a result, the dust concentration is currently at a low level in the central region.

The atmosphere is dry.

There is a trend that the special warning continues to be expanded and strengthened mainly in the eastern provinces day after day. There is a rain forecast for the whole country tomorrow, which is the weekend, but it will not be enough to relieve the dry air because the amount is not enough.

In the Gangwon region where the temperature is low, the rain will gradually turn into snow.

There will be only occasional clouds in the sky across the country today, and raindrops may occasionally fall in some central areas.

The highest temperature during the day will rise to 9 degrees in Seoul and 11 degrees in Daejeon.

The warm weather will continue for a while, but it is better to be careful about fine dust.