Presidential: Franceinfo broadcasts the hearings of the candidates before the ESEC live

The Economic, Social and Ecological Council (CESE) welcomes Wednesday and Thursday the candidates for the presidential election and questions them about their project for French democracy and its institutions. Djamel Mazi, journalist for Franceinfo, explains to Europe1 why his channel will broadcast them live. 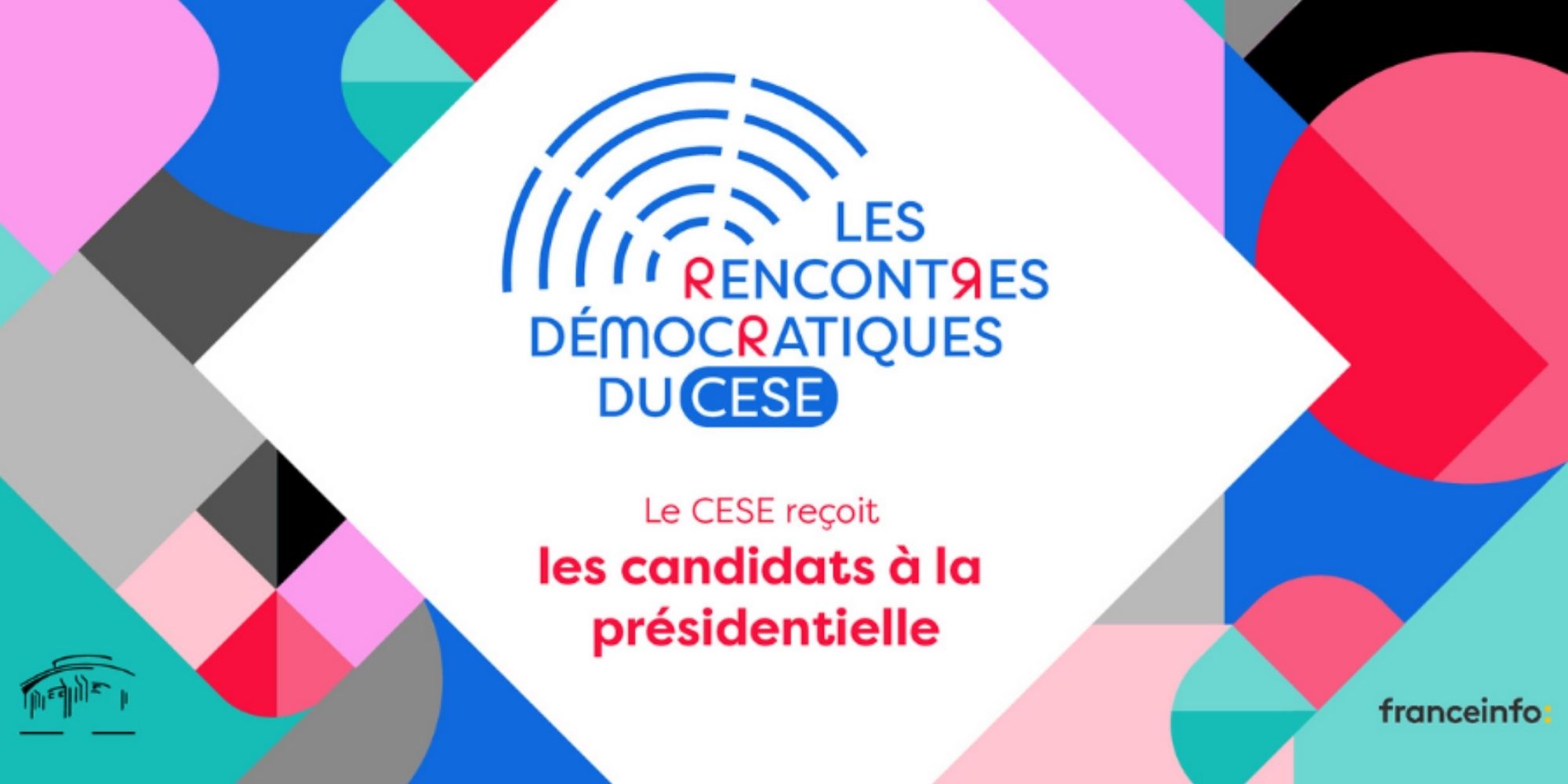 The Economic, Social and Ecological Council (CESE) welcomes the candidates for the presidential election on Wednesday and Thursday and questions them about their project for French democracy and its institutions.

Djamel Mazi, journalist for Franceinfo, explains to Europe1 why his channel will broadcast them live.

Should the National Assembly be reformed?

Should the power of parliament be strengthened?

Should more referendums be held?

Here are examples of questions to be answered by the presidential candidates who will face the members of the Economic, Social and Ecological Council (CESE) on Wednesday and Thursday.

The CESE, the third constitutional assembly in France, has 175 members from more than 80 civil society organisations, trade unions, employers' and professional organisations, associations and players in social cohesion and the environment.

A few weeks before the presidential elections, faced with the rise in abstention and distrust of politicians, the ESEC wanted to invite the candidates to present their proposals on the democratic question.

On the occasion of these hearings, France Info Canal 27 will broadcast live special editions presented by Djamel Mazi.

A "logical continuation" for France Télévisions

"Franceinfo decided to be a partner in these hearings at the ESEC first of all to make these exchanges public. We thought it was a good exercise in democracy", explains the journalist and presenter at the microphone of Europe 1. "There There is a crying need for democracy today. On TV sets and in meetings, we regularly hear candidates express themselves on current events, purchasing power, the environment, but very rarely on questions of democracy, representation of democracy, on institutional issues."

"At France Télévisions, we are fully on the question of democracy, in particular with the series of Franceinfo reports

, where we are as close as possible to the field and to the French people. Being able to broadcast this event was for us a continuation logical", adds Djamel Mazi.

Candidates interviewed by Franceinfo, the ESEC and a citizen

To open the ball, the communist candidate Fabien Roussel will answer questions from the hemicycle of the Palais d'Iéna on Wednesday afternoon.

It will then be the turn of the environmental candidate Yannick Jadot, then of the socialist candidate Anne Hidalgo.

"In each program, the candidates or their representative will begin by giving us their vision of democracy, and how they intend to preserve and strengthen it during the next five-year term. Then, I will have the opportunity to challenge them for a dozen or so of minutes with a whole series of questions related to democracy and current events", specifies Djamel Mazi.

"After that comes a second stage where, for half an hour, three members of the EESC and a citizen associated with working groups, all four drawn by lot, will ask questions, also drawn by lot, to each candidate or candidate."

Thursday, the candidates Jean-Luc Mélenchon, Eric Zemmour and Valérie Pécresse will be represented by members of their party before the members of the CESE.

In all, six 45-minute programs will be broadcast on Franceinfo, live from the Palais d'Iéna.