Kuwait Airways announced on Monday that it is increasing its order with Airbus, with the purchase of 31 aircraft in total for six billion dollars, as part of a restructuring of an agreement with the aviation giant... 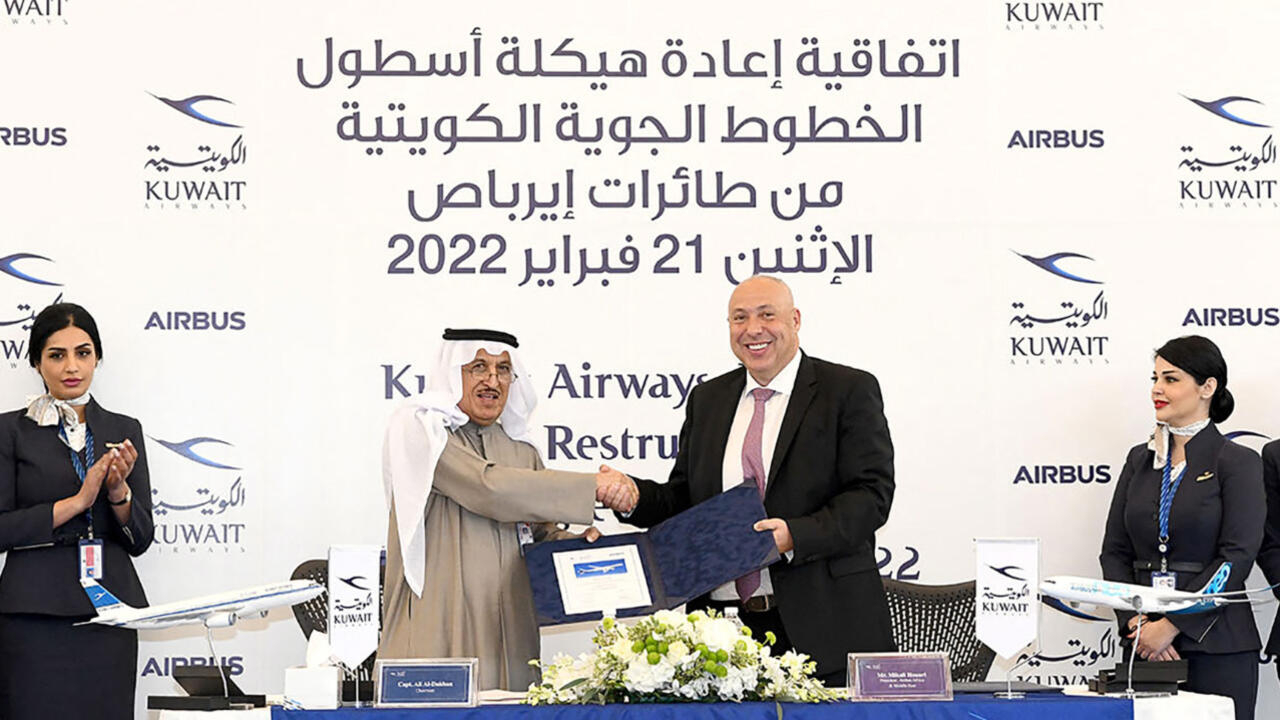 The national company Kuwait Airways announced on Monday, February 21, to increase its order with Airbus, with the purchase of 31 aircraft in total for six billion dollars, as part of a restructuring of an agreement with the European aeronautical giant.

The announcement of the new deal came after difficult negotiations following investigations into allegations of bribery surrounding the original deal struck in 2014.

This initially provided for the purchase of 25 Airbus aircraft, later expanded to 28.

"We have reached agreement on a major restructuring that will put Kuwait Airways (KAC) in a much better position to succeed in the next 15 years," said the airline's CEO, Ali Al-Dukhan, at a press conference in Kuwait.

Airbus confirmed to AFP that it was a "restructuring of an existing contract to which the airline has decided to add three additional A321neos".

The airline has so far received eight aircraft and "we expect two before the end of the year", Ali Al-Dukhan told AFP, estimating that "most aircraft will arrive by 2026".

“The agreement will give us more flexibility to expand,” he added, ensuring “to target 100 destinations in the next two years”, while the company now covers 57.

The Gulf airlines, in particular the Emirati Emirates and Etihad as well as the Qatari Qatar Airways, have established themselves as the latter in world air transport, sometimes arousing the annoyance of competition because of the financing of these companies by their wealthy states. .

"To be honest, I was skeptical about how to deal with Airbus, especially because of the rumors surrounding past deals with Kuwait Airways," Ali Al-Dukhan said during the conference.

"We had four months of serious and professional negotiations, which were stormy at times, but they were always held with respect and understanding of each other's needs and wishes," he said. he continued.

According to the airline's CEO, the 2014 agreement required further adjustments, "especially with the need for greater flexibility in a post-Covid aviation industry".

In February 2020, a Kuwaiti parliamentary committee was set up to investigate suspicions of bribes paid by Airbus to secure the sale of 25 airliners to Kuwait Airways.

Kuwaiti opposition MP Riyadh al-Adasani then told parliament that his country was mentioned in an agreement in principle concluded between Airbus and the French, British and American justices, as well as certain Kuwaiti officials and citizens.

This agreement allowed Airbus to pay a fine of 3.6 billion euros to avoid prosecution in a corruption case involving in particular the commercial agents of the European aircraft manufacturer involved in sales contracts in several countries.

Last week, Airbus announced the largest profit in its history for 2021, after two years in the red due to the pandemic which paralyzed and then slowed down global air transport.

The European aircraft manufacturer had published a net profit of 4.2 billion euros on February 17, beating its 2018 record (3.1 billion).