Can "Bing Dun Dun" lead the way of breaking the circle of Chinese culture and creativity?

China News Service, Beijing, February 21 (Reporter Du Yan) The Beijing Winter Olympics mascot "Bing Dundun" has been popular all over the world for more than ten days. As a "top traffic", can "Bingdundun" continue to "fire" after the Winter Olympics? Can it lead the way of breaking the circle of Chinese cultural and creative industry, so as to create an enduring "top-of-the-line cultural and cre 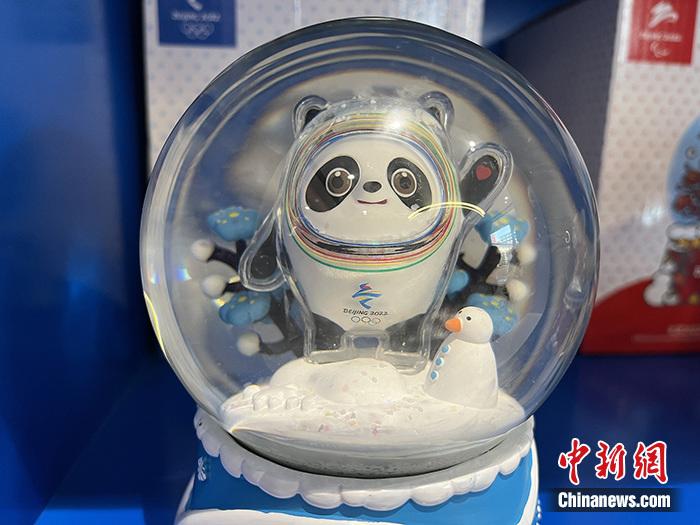 As a "top traffic", can "Bingdundun" continue to "fire" after the Winter Olympics?

Song Weizu, deputy director of the Central Cultural Committee of the Democratic League, founder of the Beijing Design Society, director of the "Beijing Gift" tourism commodity expert committee, and member of the 2008 Olympic mascot evaluation committee, said in an interview with a reporter from China News Agency that the design and creation based on the giant panda "Bingdundun" became popular, demonstrating the improvement of Chinese cultural soft power.

In major sports events in China, there are many mascots based on giant pandas.

In 1990, the 11th Beijing Asian Games was the first time that China held a large-scale comprehensive international sports event.

The running mascot "Panda Panpan", with a thumbs-up "Like" in one hand and a medal with Tiananmen Square in the other, has become a household name in China.

The prototype and headgear of the mascot "Fuwa" for the Beijing Olympics contains its connection to the ocean, forest, fire, earth and sky.

Among them, the Fuwa "Jingjing" is a giant panda from the vast forest, which symbolizes the harmonious coexistence of man and nature.

The 2022 Beijing Winter Olympics is a "simple, safe and exciting" sports event held in China under the epidemic.

The same as the previous mascots, "Bing Dun Dun" presents a solid, healthy, lively and lovely overall image, which symbolizes the strong body and tenacity of the Winter Olympic athletes.

The difference is that a layer of "ice" shell symbolizes purity and strength.

"The unexpected idea is that it wears a transparent ice coat." In Song Weizu's opinion, "Bing Dundun" has a sense of technology since its birth.

The combination of the ice crystal shell looks cold and hard at first glance, but actually gives a lovely, warm feeling.

The hard ice shell wraps the plush panda, and there is a "warm and soft" under the ice shell.

Finnish women's ice hockey player Pietra Nieminen showed her fans on social media how the "Bingdundun" pillow turned into a blanket in one second, making her feel warm; the Prince of Monaco asked the staff to give another "Bingdundun" peripheral product Take it home to the two children for "crossover"; Japanese TV reporters enthusiastically pursued "Bing Dundun", and even called themselves "Yidun Dun".

Even the chairman of the Beijing Winter Olympics Coordination Committee of the International Olympic Committee, Samaranch, is very happy that he is "one of the lucky ones" because he brought a "Bing Dun Dun" for his grandson.

Everyone wants to have a "pier".

In this way, the "atmosphere responsibility" on the arena and the "Bing Dundun" who was so fat outside the arena became popular all over the world. Even Cao Xue did not expect "'Bing Dundun' would be so popular."

On February 20, the Beijing 2022 Winter Olympics figure skating performance skating was held at the Capital Gymnasium.

The picture shows "Bing Dun Dun" interacting with players from all over the world.

In Song Weizu's view, this shows the world's attention to the Beijing Winter Olympics.

"Its popularity is not only because of its cute and eye-catching image, but also because of the expression of Chinese cultural elements in the design, which shows the improvement of Chinese cultural confidence and China's soft power." Song Weizu said that China successfully bid for the 29th summer in 2001. The Beijing Winter Olympics will be held from the Olympic Games to 2022. During this period, China's economic strength, scientific and technological strength, and comprehensive national strength have achieved historical leaps.

He said, from "Panpan" to "Jingjing", then to "Bing Dun Dun" and "Xue Rong Rong", the design ability, level, quality and confidence of the Olympic mascots for the Chinese Olympic Games have gone through more than 20 years. A qualitative leap has been achieved.

He said that in recent years, more and more designs have led the new fashion of the times by mining traditional Chinese culture.

Coupled with the growth of national consumption power and the upgrading of cultural consumption, and catching up with the booming wave of "fashion play" consumption, the capacity of China's cultural and creative-related industrial chain is increasing day by day.

In particular, the widespread and rapid spread of the Internet "fueled the flames", and "Bingdundun" quickly became popular after the opening of the Beijing Winter Olympics.

So, can such a "top stream" last forever?

Can it lead the Chinese cultural and creative industry to break the circle?

In this regard, Song Weizu said frankly that as an Olympic mascot, "Bing Dun Dun" has a business period, and its popularity will inevitably decline over time.

However, the popularity of "Bingdundun" has brought important inspiration to the research and development and design of future themed cultural and creative products.

"It can be seen that Chinese designers are no longer limited to cultural creations, but are more concerned about products 'flying into ordinary people's homes'." He said that in the future, how to develop and design products around typical events and the needs of consumer groups should be Summarize the successful design experience of "Bingdundun".

On February 18, in the bronze medal competition of men's curling at the 2022 Beijing Winter Olympics, Bing Dun Dun took up the baton and conducted the Scottish Bagpipes Band to perform before the competition.

Song Weizu believes that in the design process, we should not deliberately pursue "high and high" and distance ourselves from the "marketplace", but should pay more attention to the hobbies and needs of the people in life, so that "design serves people".

Cultural and creative products that focus on "empathy" and "closeness to the people" are bound to tell a good story and naturally spread culture.

China has a long history and culture. The cultural relics in museums and the intangible cultural heritage growing on the earth urgently need to be excavated, researched, refined, inherited, designed and transformed by the cultural and creative industry.

Only in this way can Chinese cultural and creative industries create a "top stream" that lasts forever.