"Gen Z" urges "it" economy: both cats and dogs are willing to spend money

China News Service, Guangzhou, February 20th: "Gen Z" urges the "it" economy: both cats and dogs are willing to spend money   China News Network reporter Fang Weibin   In recent years, the number of pet owners in China has continued to increase, and the proportion of "Gen Z" has continued to rise. Guangdong is a big province of pet consumption. In the past few days, a reporter from Chinanews.c 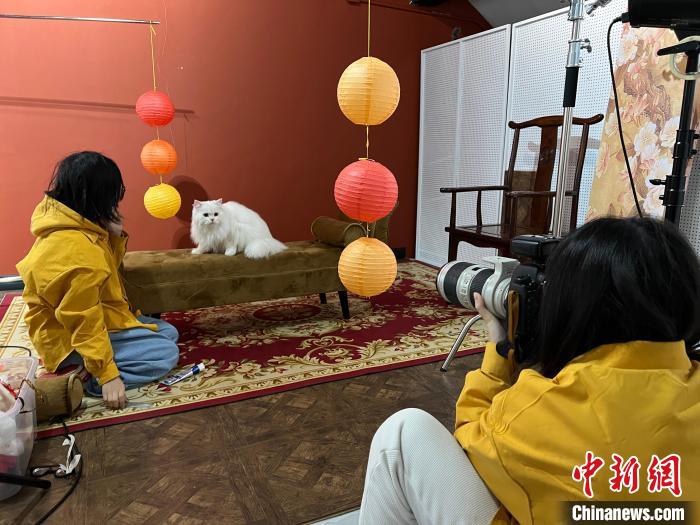 Guangdong is a big province of pet consumption. In the past few days, a reporter from Chinanews.com visited several business districts and pet stores in Guangzhou and found that the younger generation is promoting the "it" economy and is willing to spend money on pets.

Guangzhou Pet Eight Pet Hotel is one of the earliest merchants in Guangzhou to provide pet boarding services.

After the Lantern Festival, there were many customers in the store who started work to pick up the "master" home.

The owner Guo Liyan was interviewed by reporters many years ago. When talking about the development and changes of the pet market in Guangzhou, she said that in the past two years, "post-95s" and "post-00s" have become the army of pet owners, and cats are the most popular among "Gen Z". .

Guangzhou Pet Photo Studio has been very busy since it started after the festival.

Guo Liyan said that due to the impact of the epidemic and the housing economy, the proportion of young customers she has contacted with raising cats has reached 65%, and the number of young people who have more than two pets is increasing. Money, the monthly cost of buying food, clothing, and toys for pets even exceeds their own consumption.

The reporter learned that, in addition to bathing, beauty, foster care and other services.

According to data released by Meituan, there are also increasing consumer demands for emerging services such as pet parks, pet interactive experiences, pet swimming, pet photography, and pet schools.

In Guangzhou's Dongshan business district, the "321" pet photo studio has been very busy since it started construction after the festival.

Liang Jiaxin, the head of the store, told reporters that she was still processing orders for the Spring Festival holiday.

In addition, a variety of costume props are also provided.

According to her introduction, the props of the national tide Hanfu type are the most popular among young consumers.

Liang Jiaxin said with a smile that the phenomenon of regular customers bringing new customers in their store is very obvious.

On the day of the visit, Mr. Guo, who placed an order during the Spring Festival, came to the store to take pictures with two cats. He told reporters that he saw that his friends in the circle of friends were "planting grass" after taking pictures of "baby". In order to take handsome pictures, he returned them to himself. Bought a set of Hanfu online.

On that day, Mr. Guo chose a shooting set featuring the national tide.

With the cooperation of the three staff members, the two cats sometimes wore red cotton jackets and shuttled between the lanterns, sometimes jumped up and down with tiger hats, and sometimes prepared to escape with a small bamboo building on their backs. Some were captured with a camera.

Mr. Guo said that after buying a house in Guangzhou, he specially designed a space for cats during decoration. In the eyes of his generation, at a young age, both cats and dogs are the winners in life.

In Guangzhou, pet stores attract young people to stop by.

In addition to common cats and dogs, some "exotic" pets are also welcomed by "Gen Z" for their own pleasure.

In the "Cute Pet Paradise" store in the Beijing Road business district in Guangzhou, the reporter saw that pets such as small pigs, ferrets, alpacas and guinea pigs attracted a large number of young people on the day of the visit.

Among them, two alpacas, one black and one white, are very popular among consumers.

The owner Shi Lushun told reporters that it is difficult to keep "exotic" pets, and not every consumer has the conditions to raise them at home. Therefore, partying with "exotic" pets has become a popular choice for young people to "check in" to take pictures.

Although "Generation Z" is promoting the "it" economy, many practitioners say that existing products and services cannot match the growing needs of young people.

Some young people even bluntly say that they are most afraid of pets getting sick. Once they get sick, the chaotic charging standards of pet hospitals can range from a few thousand yuan to tens of thousands of yuan. Industry standardization and standardization are problems that need to be solved urgently at present.