Akay was one of the foremost during the greatness of the forbidden and debated graffiti in the 80s and 90s and today he is an acclaimed street artist. Now a reproduction of the original of his blackbook, which was used during his early years as a graffiti painter, is released. 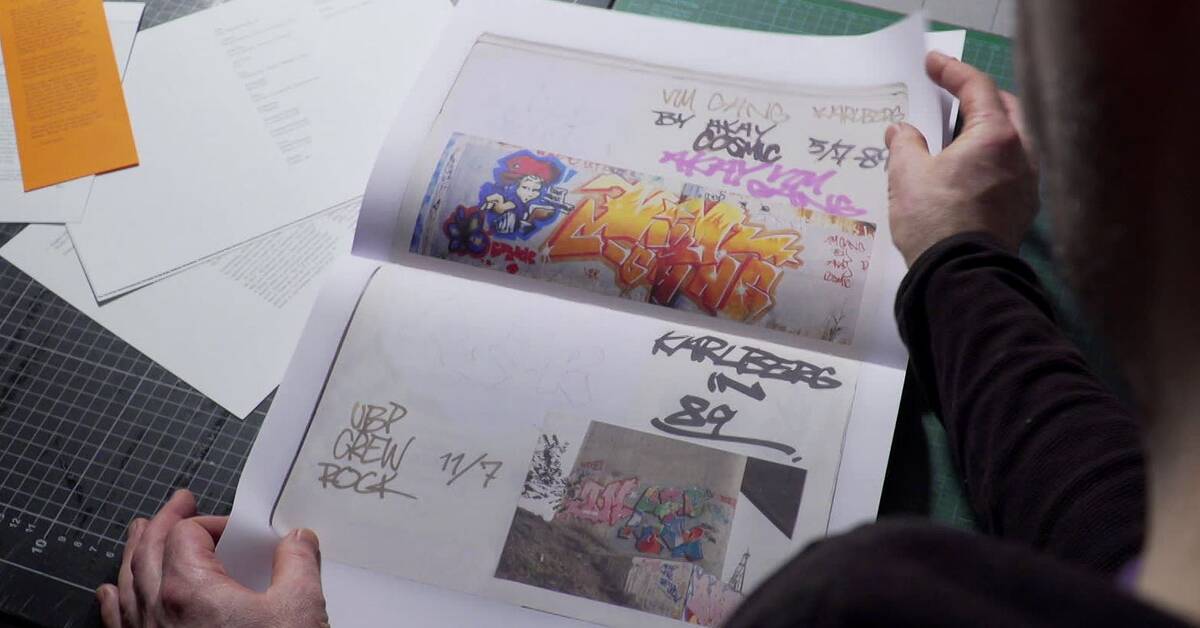 A blackbook was like the 80's scrapbook for graffiti painters, Akay describes.

Paintings were documented in it by pasting sketches, photos and newspaper clippings.

They also wrote down when and where the paintings were made.

Akay was among the first graffiti painters in Sweden and painted until the mid-90s.

Today he is an acclaimed street artist who has sometimes been called a Swedish Banksy.

That he is now releasing a reproduction of his blackbook he describes as revealing - but fun.

- Now I think it's fun precisely because it's been so long.

This one was not released voluntarily.

You had it close to you, you hid it when you were away.

It was like my only possession that I cared about.

Saved by his father

Graffiti came to Sweden in 1984 and was influenced by the hip-hop culture of New York at the time.

Even then, there was a debate about whether graffiti is a rebellious art form or illegal graffiti.

At Christmas 1988, the police searched Akay's house - but he was rescued by his father, who had seized Akay's blackbook and threatened to burn it if he did not stop painting.

- They wanted to put me there for my graffiti and then there was almost no evidence.

We laughed at it just a few days ago, you have a better relationship with your dad now.

How does it feel to publish your blackbook now?

- Usually when you make a book, you have every opportunity in the world to control the image of yourself or what you publish.

Then I thought it was fun with this one because it's just a book from cover to cover - which is a replica of something that has already been done.

So there were no opportunities to remove or retouch the image of himself.

- I kind of liked the whole process, also that you reconcile in some way.