News witnesses - Trial of the attacks of November 13, 2015: what defense strategies for the accused?

The trial of the attacks of November 13, 2015 continues before the special assize court of Paris. After the testimonies of the survivors and the families of the victims, it is time for the interrogations of… 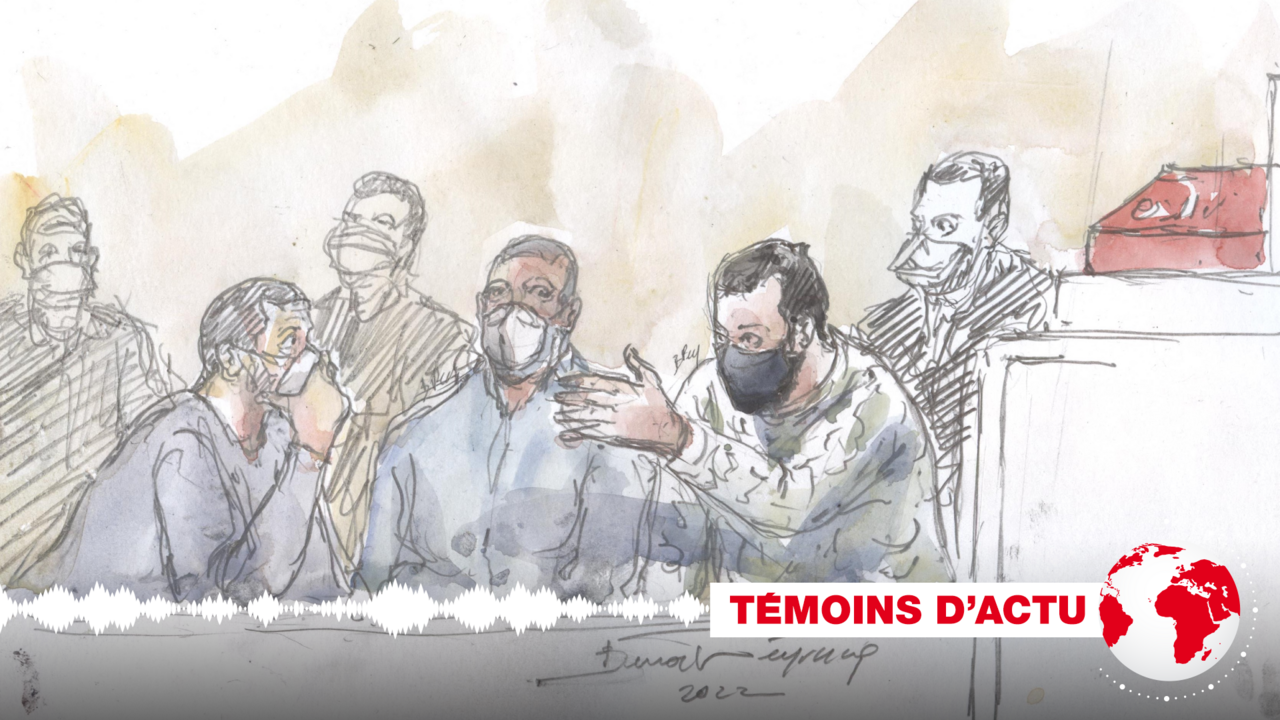 Trial of the attacks of November 13, 2015: what defense strategies for the accused?

The trial of the attacks of November 13, 2015 continues before the special assize court of Paris.

After the testimonies of the survivors and the families of the victims, it is time for the interrogations of the accused.

If twenty people are judged, only fourteen defendants are present and three appear free.

How do each other's defense strategies take shape?

Laura Martel and Nathanael Vittrant are in charge of justice at RFI.

In this new episode of

, Laura Martel begins by specifying that the defendants are currently being questioned about the period prior to August 2015. The Assize Court is interested in whether or not the defendants have turned to radicalism.

, the only survivor of the commando attacks was eagerly awaited.

Mutic during the investigation, he finally decided to answer the court's questions.

There is a real evolution

, at the very beginning of the trial, he had a rather vehement and provocative attitude

he explained that if he spoke, it was because he wanted to respond to some of the civil parties.

He even said that he had been touched by certain testimonies

Even if these words remain contradictory, Salah Abdeslam is not the only one to admit to having been touched by the words of the survivors of the attacks and the families of the victims.

This is particularly the case of

, one of the alleged members of the cell: “

He said to himself that it was useless to talk and he changed his mind by directly pointing to the testimony of one of the civil parties.

This lady who looked like my mother, I told myself that I owed her that

Others, on the other hand, have decided to remain completely silent.

He sent a note to his lawyer saying that when he saw the proceedings, he had lost hope and whatever explanations he gave, it would not change the court's decision.

During a previous episode of

, we wondered with Laura Martel on how to reproduce the words of the victims as faithfully as possible without being overwhelmed by emotion.

When asked whether or not it is easier during the interrogation of the accused, Laura replies: "

Emotion is not absent when you listen to the words of the accused because you are dealing with human beings and if one is less inclined to empathy, there are life paths to take into account and the relatives of these accused can also be extremely touching

is available for listening on all podcast platforms:

or any other application using the

If you like this podcast, give it 5 stars and post a comment on these applications so that it is visible and therefore even more listened to.