The New York Times highlighted the heroine of the controversial Egyptian movie "Rishes", who cannot read or write and has never acted. Demiana Nassar, 40, a housewife in the village of Barsha in Upper Egypt, said, "I wanted to learn. My father wanted to let us in." to school, but he did not 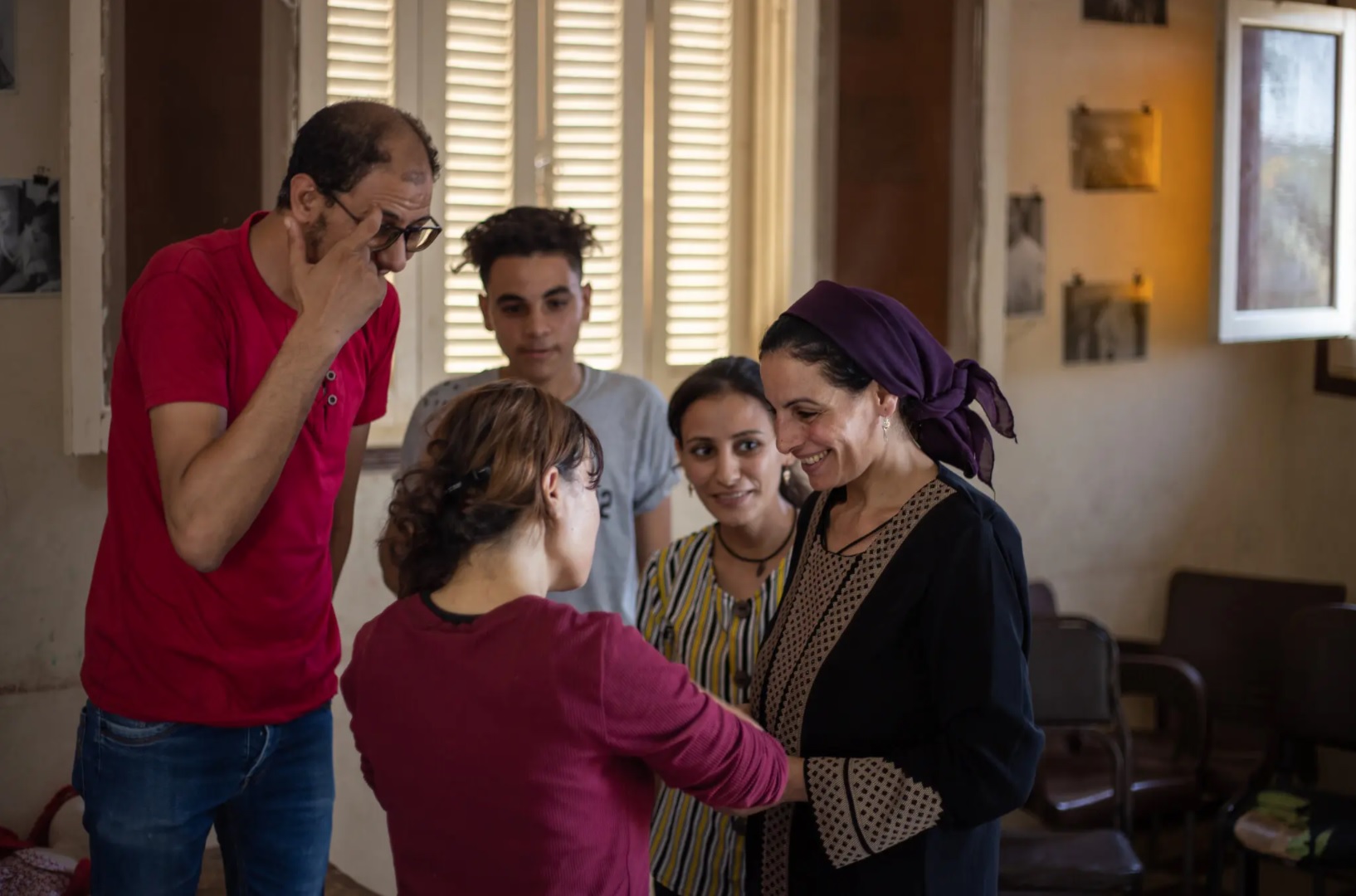 The New York Times highlighted the heroine of the controversial Egyptian movie "feathers", who cannot read or write and has never acted.

"I wanted to learn. My father wanted to take us to school, but he couldn't afford it," said Demiana Nassar, 40, a housewife in the village of Barsha in Upper Egypt.

In an interview with the American newspaper from her home, Nassar summed up her life succinctly and said: "We worked on everything, we grew up, we got married, and we stopped working in the end."

Nassar received no education except for a few literacy classes where she learned the Arabic alphabet, barely enough for her to read the names of contacts on her mobile phone.

Nassar, who belongs to a Coptic family, was working in the agricultural fields when she was a twelve-year-old girl, and her father traveled to work in another city.

Nassar, who loved Egyptian films, married her cousin when she was nineteen years old.

But her husband moved to Libya before finding a job in Tanta, without seeing his wife and children except once every few months.

Nassar adds, "I was happy to work in the fields, but I wanted to learn. I want all my children to go to school and not be like their mother and father."

Demiana Nassar embodied the role of a mother of three children who found herself facing great responsibilities, which manifested in the provision of her children after a charlatan mistakenly transformed her husband into a chicken, without succeeding in returning him to his human nature again.

Here, this poor and naive mother is forced to search for a job to support her family in a ruthless patriarchal society.

The movie "feathers" sparked controversy in Egypt after accusing its makers of "distorting the image and reputation" of Egypt by showing examples of poverty and slums in the country, and Egyptian artists withdrew during its screening at the El Gouna Film Festival.

Nassar said about the closeness of her role in "Rish" with her personal life, "The overlap is that I had to do everything when my husband was away."

The film also won the Golden Tanit award for the feature film at the conclusion of the 32nd edition of the Carthage Film Festival in Tunisia.

Demiana has always dreamed of becoming an actress.

She was wondering, "What is the difference between me and these people?"

Then she thinks and says: “Is it because they are educated and I am not?”

It was her daughter Heidi, 19, who came home one day from a local acting workshop and told her mother that the director had come to town and was looking for someone to play the lead in the film.

Nassar thought about that, and said why not?

She then reviewed the script with her son Mario to make sure it didn't contain what is known as the "flaw" in Egypt, a concept that governs much of the behavior.

As the head of the family in his father's absence, Mario accepted the offer made to his mother, as did her husband later.

She said that director Omar Al-Zuhairi chose her after only one conversation, telling her he was looking for a new face.