Journal of Haiti and the Americas - Anti-covid measures in Canada: protest or exile?

They demand freedom. Freedom of choice in the face of the imposition of the measures put in place to fight against Covid. In the capital, Ottawa, several hundred trucks are still blocking the ce... 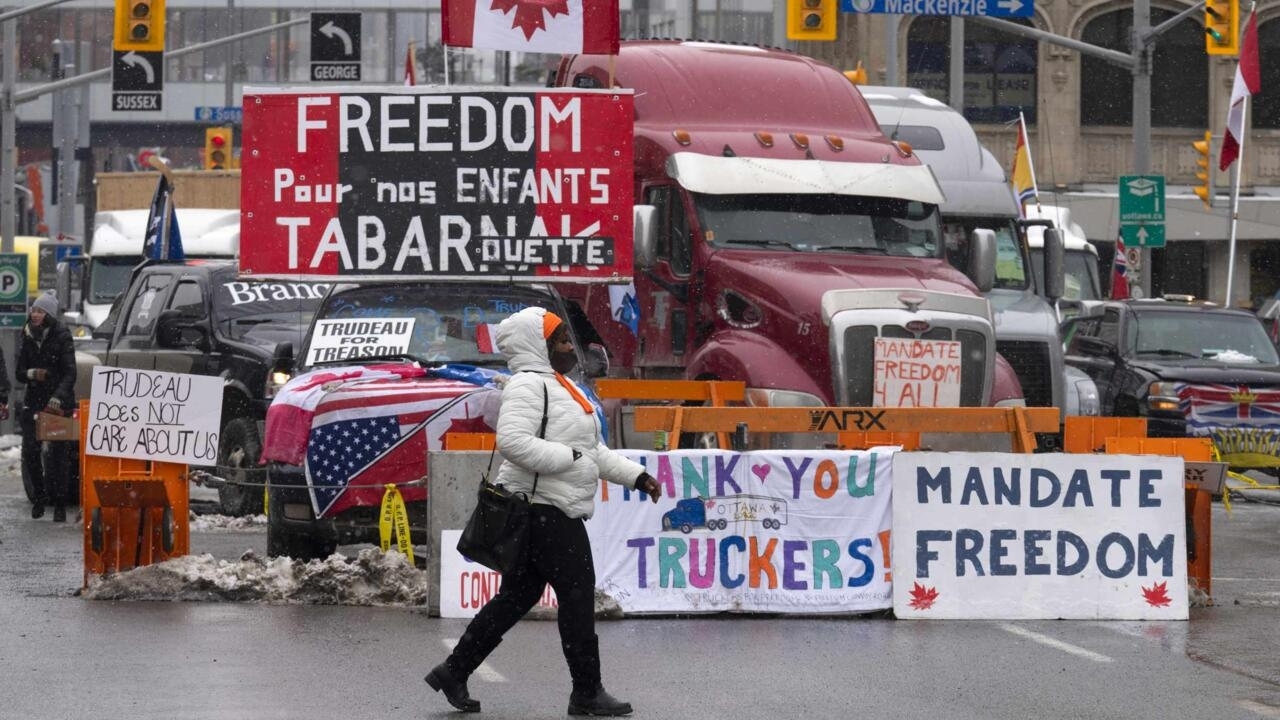 A woman crosses the street in front of parked vehicles as part of the truckers protest, Tuesday, Feb. 8, 2022 in Ottawa.

Freedom of choice in the face of the imposition of the measures put in place to fight against Covid.

In the capital, Ottawa, several hundred trucks are still blocking the city center.

While in Quebec, many inhabitants are even considering exile.

Would the revolt of truck drivers in Ottawa, which began more than ten days ago, nevertheless begin to pay off?

Several Canadian provinces are announcing relaxations in terms of restrictions, but also regarding vaccination.

Alberta, Saskatchewan and Quebec all unveiled plans yesterday to curb the measures.

Among the population, the country's press notes that a good part of Canadians seem to agree on the substance, but not necessarily on the form that the movement takes.

Thus, in Quebec where public health measures are among the strictest in the country, more and more inhabitants since the start of the pandemic have been tempted to flee to the United States and in particular Florida.

This is a file by

Haiti: A recording disturbs the investigation into the assassination of Jovenel Moïse

This is a recording revealed by CNN.

That of judge Garry Orélien, in charge of the investigation into the assassination of President Moïse, a file from which he was dismissed recently because of suspicions of corruption against him.

It would hear Garry Orelien talk about how Prime Minister Ariel Henry and the initiator of the presidential assassination together planned the murder.

" the channel had with him directly.

The magistrate, however, maintains that he does not remember having "

spoken to anyone about the case in every detail

In Peru, a fourth government in six months

headed by lawyer Anibal Torres who will replace the former Prime Minister, accused of domestic violence and who only remained in office for three days.

This new 19-member cabinet is the fourth since the leftist president came to power on July 28, 2021. His first six months in office have been marked by infighting within the government and attacks from the radical right.

Headlines: In Ottawa, police are asking for additional resources

Canada: the rumble rises in Ottawa, "occupied" by the truck drivers, the police are gradually imposing themselves