Washington assassinated its leaders.. Get to know ISIS

The Islamic State belongs to the “Salafi-jihadi” trend, which often adopts the ideological vision of Al-Qaeda, which is based on the necessity of “jihadi joints” with the ruling regimes in the Islamic world and their “Western allies.” 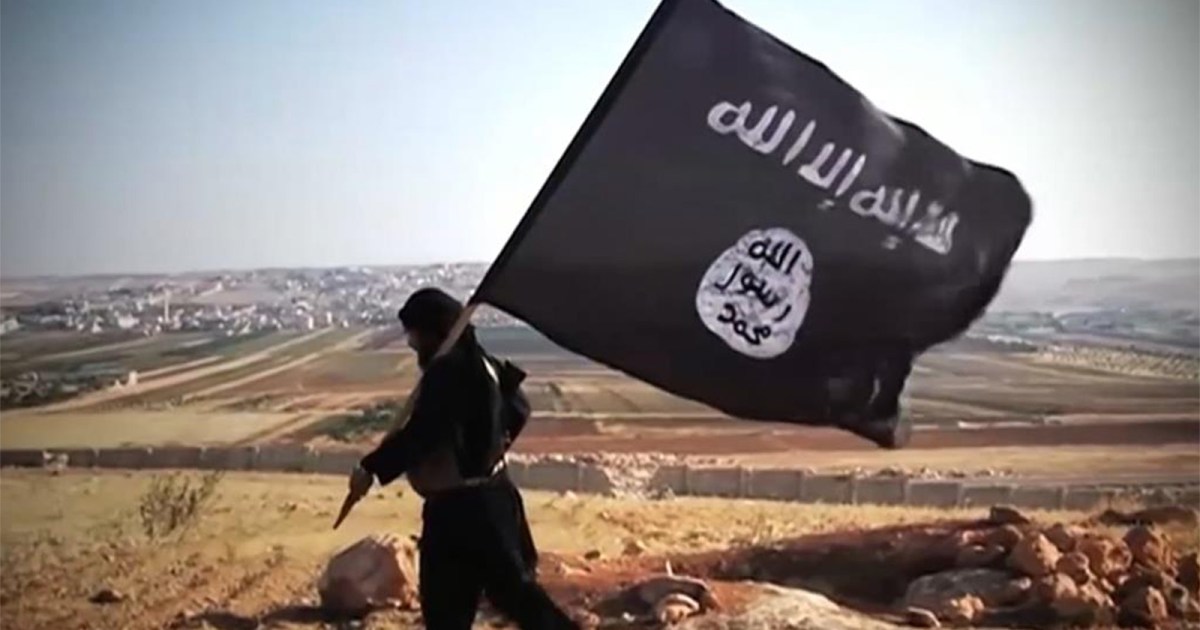 The US Department of Defense (Pentagon) announced Thursday, February 3, 2022, the killing of the leader of the Islamic State, Abu Ibrahim al-Qurashi (45 years), who blew himself up during a raid by US forces in northern Syria, while the Iraqi army said that it had provided the US forces with information about the location of the terrorist organization. Organization leader.

Although the international coalition - led by the United States of America - announced in 2019 the defeat of the organization and the flight of thousands of its fighters to the remote shadow areas between Iraq and Syria, it still announces itself from time to time.

The roots of the Islamic State go back to the "Tawhid and Jihad Group", which was founded by the Jordanian Abu Musab al-Zarqawi in Iraq in 2004, following the US occupation of Iraq in 2003.

2006: Al-Zarqawi announced his group's pledge of allegiance to the late al-Qaeda leader Osama bin Laden, and its name became "Al-Qaeda in Mesopotamia".

- The Islamic State belongs to the "Salafi-jihadi" movement, which often adopts the ideological vision of Al-Qaeda, which is based on the necessity of a "jihadi joint" with the ruling regimes in the Islamic world and their "Western allies", in preparation for the establishment of the "Islamic Caliphate State" to implement the provisions of Islam.

- April 19, 2010: The escalating emergence of ISIS began when the US and Iraqi forces announced the killing of the Emir of the "Islamic State in Iraq" Abu Omar al-Baghdadi and his Minister of War Abu Hamza al-Muhajir;

The State Consultative Council convened to choose Abu Bakr al-Baghdadi as his successor, and Nasser Li-Din Allah Suleiman as Minister of War.

- April 9, 2013: An audio recording attributed to Abu Bakr al-Baghdadi appeared in which he confirmed that "Jabhat al-Nusra" in Syria is an extension of the Islamic State of Iraq, and announced the unification of the two organizations under one name, which is "the Islamic State in Iraq and the Levant."

Al-Nusra Front accepted joining ISIS - at first - with reservations, but disputes and battles began after other opposition groups - including Jabhat al-Nusra - accused ISIS of trying to monopolize control and influence, strict “implementation of Sharia” and random executions.

- Differences between the two organizations exacerbated when ISIS publicly objected to Al-Qaeda leader Ayman al-Zawahiri's demand for him to focus on Iraq and leave Syria to Jabhat al-Nusra.

- The dispute between ISIS and Jabhat al-Nusra - who are inspired by al-Qaeda's ideology - and their fighting in Syria revealed deeper differences between the leaders of ISIS and al-Zawahiri, who is supposed to be the leading reference for all "jihadist" groups.

May 2014: Abu Muhammad al-Adnani, the spokesman for the Islamic State, attacked al-Zawahiri, denying that the organization was a branch of al-Qaeda.

Because "it never was."

- June 11, 2014: ISIS was attributed the rapid control of Mosul, but observers ruled this out due to the lack of ISIS fighters in Iraq, and linked the collapse of the Iraqi forces there with the participation of tribal militants and former military supporters of the late Iraqi President Saddam Hussein.

- June 15, 2014: The Arab Center for Research and Policy Studies published a "situation analysis" paper, in which it clarified that the plans of the state organization are based on the priority of confronting Iranian expansion in the region and fighting the "Safavid project", driven by the (Sunni/Shiite) identity basis, while the base A geopolitical reformer is the main driver of al-Qaeda's central leadership, but empowering Sharia is the common goal between the two parties.

- June 29, 2014: The organization announced the establishment of the "Islamic Caliphate" state over a wide geographical area that it controlled in Iraq and Syria and the inauguration of Al-Baghdadi as "the caliph of Muslims everywhere", and called the "jihadist" factions in the world to pledge allegiance to him.

- The organization announced at the time that it had changed its name to be limited to the "Islamic State", a decision taken by "the people of solution, notables and leaders" in it, after which al-Baghdadi called on the "mujahideen" to emigrate to the "state of the caliphate."

The Islamic State extended its influence over large areas in Iraq and Syria, and seized weapons depots owned by the Iraqi and Syrian armies.

Research and intelligence estimates of his total fighters in the two countries vary between 10,000 and 35,000 fighters of Arab and foreign nationalities, many of whom have previously fought in Iraq, Chechnya, Afghanistan and other countries.

- ISIS derives its funding from the tribute, ransom and royalties that it imposes on the residents of its areas of control, and it has also taken control of Syrian oil wells, and there have been reports of selling oil to local traders and even to the Syrian government, and there are accusations of its financing by regional intelligence services, in addition to donations believed to come from its supporters in several countries.

- Groups of militants in Pakistan, Afghanistan, Tunisia, Egypt and others announced their pledge of allegiance to the organization and its leader Abu Bakr al-Baghdadi.

September 11, 2014: A meeting was held in Jeddah that included the foreign ministers of Egypt, Jordan, Iraq, Lebanon, the Gulf Cooperation Council countries and the United States, and these countries announced their support for the establishment of an international coalition to fight ISIS.

A few days later, the coalition began bombing the organization's sites in Syria and Iraq.

The Islamic State received support and sympathy among a group of Indonesian jihadists, including Ansar al-Tawhid, but the majority continued to reject the organization’s ideology and did not accept its jurisprudence, and sympathized with other jihadist organizations in Syria, as is the case with the Council of Mujahideen of Indonesia and Ansar al-Sharia.

January 10, 2015: The organization announced the formation of the Khorasan Province, where defectors from the Pakistan Taliban joined it.

- Hafez Saeed Khan, one of the dissident leaders, announced his pledge of allegiance to the leader of the organization, Abu Bakr Al-Baghdadi, and Al-Baghdadi appointed him as Emir of Khorasan Province, and Abdul Raouf Khadem as his deputy.

The Khorasan Province includes Afghanistan, Iran, Pakistan and the Islamic republics of Central Asia in the formation of the Islamic State.

March 2015: The Nigerian group, Boko Haram, announced - in an audio recording attributed to its leader Abu Bakr Shekau - its pledge of allegiance to the leader of the Islamic State, Abu Bakr al-Baghdadi, and named him the Caliph of the Muslims.

Boko Haram controls areas in northern Nigeria, and in recent months has intensified its cross-border attacks to include Cameroon and Niger, in its quest to establish an Islamic emirate around the Lake Chad region bordering Nigeria, Chad, Cameroon and Niger.

- From the beginning of 2016 to the end of August of the same year, ISIS lost about 16 important sites in Syria, Iraq and Libya, the most important of which are the cities of Fallujah, Palmyra, Jarabulus, Manbij and Sirte.

According to a statistic conducted by the American newspaper "New York Times", the number of sites controlled by ISIS since its emergence is 126 civilian and military sites in Syria and Iraq, before it was forced to withdraw from 56 sites, including 5 major cities in the two countries. .

Summer of 2016: Iraqi Prime Minister Haider al-Abadi announced that the organization controls only 14% of the territory of Iraq, after it seized nearly a third of the country in the north and west two years ago.

Simultaneously, the British Jain Research Center said that the territory controlled by the Islamic State in Syria and Iraq shrank by 12% in the first six months of 2016.

October 17, 2016: Iraqi forces launched a military operation to retake the city of Mosul from ISIS control, with the participation of 45,000 forces affiliated with Baghdad, the Popular Mobilization Forces and the Sunni National Mobilization, in addition to the support of the international coalition and the Peshmerga.

Fierce battles took place between the parties participating in the fighting and the organization, as a result of which it lost a number of villages and areas that it controlled, at a time when the Iraqi forces and those fighting alongside them continued to approach the city of Mosul.

November 2016: While the retreat of ISIS forces continued in Iraq, the Syrian Democratic Forces announced that they had launched attacks on the Syrian city of Raqqa, which is the organization’s center of gravity in the Levant, and succeeded in controlling some villages in the northern countryside of Raqqa in particular.

- December 9, 2017: Iraqi Prime Minister Haider al-Abadi announces the defeat of ISIS and the restoration of all Iraqi regions, the last of which is the city of Mosul, from the grip of the organization after 3 years of fierce fighting.

Qardash, the caliph of al-Baghdadi

August 2019: The United States allocated a financial reward of up to $ 5 million for any information that leads it to Abu Ibrahim al-Hashemi al-Qurashi, who was still a leader in the jihadist organization at the time, but he was nonetheless a possible successor to the organization's leader Abu Bakr al-Baghdadi.

According to the British Guardian newspaper - citing intelligence sources - Qardash is in fact one of the founders of the organization, and one of its senior ideological theorists, and his real name is Amir Muhammad Abdul Rahman al-Mawla al-Salibi.

October 27, 2019: Washington announced the death of the leader of the Islamic State, Abu Bakr al-Baghdadi.

- At the time, the Iraqi authorities announced that they had also provided intelligence information to their American counterpart to carry out the raid that killed al-Baghdadi in northwest Syria, a few kilometers from the border with Iraq.

After the killing of al-Baghdadi, the organization appointed Abdullah Qardash - who is also nicknamed "Haji Abdullah" and "Abu Ibrahim al-Hashimi al-Qurashi" as his successor, an Iraqi who had previously been imprisoned in the United States.

- At that time, US and Iraqi intelligence confirmed that Abu Ibrahim al-Hashimi al-Qurashi is the Iraqi Turkmen Abdullah Qardash, also known as Haji Abdullah from Nineveh Governorate in northern Iraq, despite the organization's reluctance to disclose any information about the man.

January 27, 2022: The American New York Times said that evidence is increasing day by day of the re-emergence of the Islamic State in Syria and Iraq, 3 years after it lost its last regional foothold in the so-called caliphate.

The newspaper explained - in a report - that the organization's recent launch of a series of complex attacks in both Syria and Iraq indicates that it is re-emerging to be a more serious threat 3 years after its expulsion.

The newspaper referred to the daring attack on a Syrian prison holding thousands of ISIS detainees, and the series of strikes against the Iraqi military forces, and the spread of a video clip showing the beheading of a kidnapped Iraqi police officer.

February 3, 2022: The spokesman for the Commander in Chief of the Iraqi Armed Forces, Major General Yahya Rasoul, said that the Iraqi intelligence service had provided the coalition with accurate information that led to the location of the leader of the Islamic State organization in northern Syria.