[SBS Entertainment News ㅣ Reporter Kang Kyung-yun] #Scene 1) In April 2014, a female chef in her mid-20s working at 'Bistro Chowgi' was slapped by Jung Chang-wook for missing a bowl from her hand. 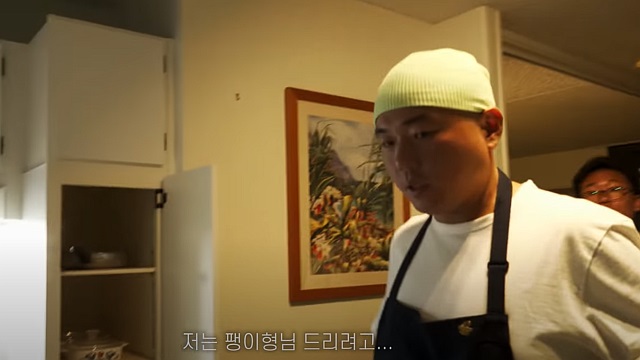 1) In April 2014, a female chef in her mid-20s working at 'Bistro Chowgi' was slapped by Jung Chang-wook for missing a bowl from her hand. And I heard abusive language such as 'Year XX', 'It wasn't filmed on CCTV, so if you want to report it,' and 'If you shed even a single tear, I will kill you'. (Cook A)

#Scene 2) In September of last year, a man who, as a regular fan of Jung Chang-wook, went to the YouTube 'Cooking of the Day' filming site to help out, asked Jung Chang-wook, 'Did the PD quit? During that time, I heard harsh language such as 'XX guy' and 'XX like X'. (Male B)

#Scene 3) In August 2015, Jung Chang-wook, who went to Italy to shoot SBS Plus 'Chefs', said he was not good at coordinating schedules. threatened The writers gave up filming and hurriedly returned home. (Program official Mr. C)

#Scene 4) In June of last year, while filming the YouTube 'Today's Cooking' kimbap episode, the filming PD heard harsh language from Jung Chang-wook because the camera overheated and the battery ran out. Jung Chang-wook did not stop there, but pointed a weapon at the shooting PD. Then, Jung Chang-wook, who had been swearing in abusive language, suddenly said, 'I'm going to eat a hamburger, do you want to eat it too?'

( PD Yoon Mo) Famous chef Chang-wook Jung was accused of assaulting YouTuber Mo Yoon and YouTuber Mo Shin at a hotel in Hawaii in August of last year and threatening them with a weapon, testimonies are continuing that he suffered similar damage.

<A scene from 'Today's Cooking' on YouTube, filmed right after PD Yoon received a weapon threat from Jung Chang-wook>

SBS Entertainment News reporters heard statements about the damage through interviews with eight staff members who worked with Jung Chang-wook from 2014 to recently.

They said, "To people who are more famous or higher in social standing than him, he is a more respectful style.

Chef A, a female chef who worked at 'Bistro Chowgi' for 4 months, said, "I was humiliated with sexual swear words such as 'whore' and 'I won't eat even if I give it to you,' and in the end, I was even beaten in the face."

The Kakao Talk that I exchanged with my friend at the time contains the abusive language that Jung Chang-wook used.

Person A said, "I was stressed all the time I was working there, so I did not have a period. Even though I quit my job, I could not get out of the trauma of that time. I am still receiving psychiatric treatment for anxiety disorders and depression. The person's face is on TV. It's been years since I didn't watch TV because I was afraid it would come out."

The image of Jung Chang-wook, who was in a cooperative relationship with the video work staff, remembered him as a 'tyrant'.

When Jung Chang-wook met for the first time, it was basic for him to swear at employees younger than him, and if his opponent showed nervousness and atrophy, he made him obey him no matter what he did.

He said he was joking and slapped his opponents on the cheek or put a headlock on them.

Singer Choiza saw this and said, "Don't do that," and the employee remembered that Jung Chang-wook's rude behavior had subsided a bit.

Person C of the program 'Chef Between' said, "The broadcast went to the brink of claustrophobic due to acts of violence against female writers. The victims were afraid that the program would be ruined, so they endured it without public speaking. Instead, they asked another performer to apologize to Jung Chang-wook. But even that was ignored. After a while, Jung Chang-wook stopped broadcasting for a while on the excuse of 'I want to focus on my main job.'"

They cited the Gap-eul relationship as the reason it was difficult to take issue with Jung Chang-wook's violence.

A man, who suffered severe verbal abuse from Jung Chang-wook in September of last year, said, "It was difficult to act hastily as I came to work through an acquaintance. Jung Chang-wook cursed for 2 hours and said, 'I am the only one who talks like this in my social life,' and apologized. Rather than admonishing him, most of the 'Eul' associated with him

<A view of the office of 'Geumsan Jemyunso', where male B claimed to have heard abusive language from Jung Chang-wook>

Broadcasting officials and YouTube production officials also agreed that Jung Chang-wook frequently said, 'Blow everything you've taken so far' if you don't see the people around you obeying you.

That he abused his reputation and power as a star chef.

PD Yoon confessed, "The threat of destroying my career was as terrifying as a weapon."

Lastly, what do they want from Jung Chang-wook?

Chef A, a female chef, said, "The pain I suffered when I worked with Jung Chang-wook has never stopped and continues to this day. I hope that Jung Chang-wook will try to make up for even a little bit of the damage he caused to the victims and receive a reasonable punishment." he emphasized.

Jung Chang-wook, who was accused of special injury, special intimidation, special heavy confinement, and special heavy incarceration, was said to have admitted to some of the charges in a police investigation.