We are facing the decisive week for the approval -or not- of the labor reform as agreed by the Government of Sánchez with the social agents. And it is that, despite... 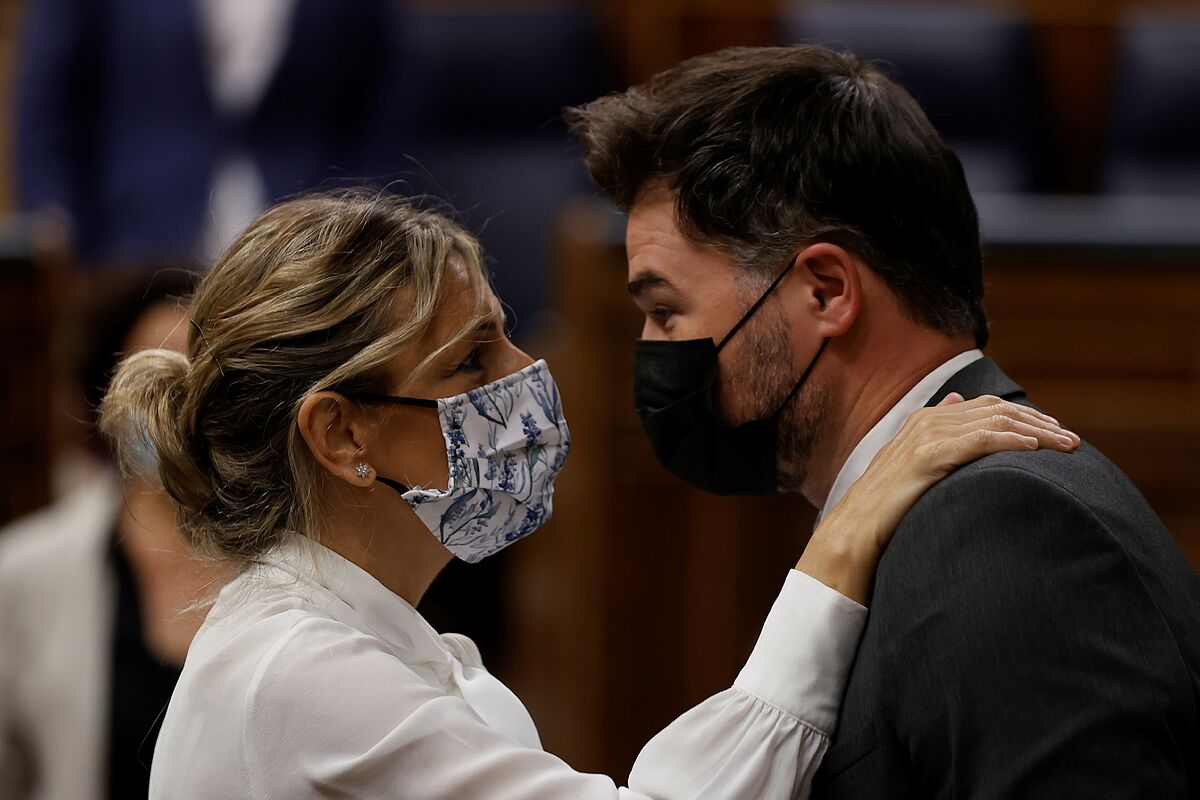 We are facing the decisive week for the

And it is that, despite the agreement, the Executive has not yet obtained the necessary parliamentary support for its validation in Congress, which raises alarms among those who fear

a new infidelity by Sánchez

-and there are many already- to the word given and that he ends up giving in to the blackmail of the independentistas.

than to approve the reform with

would blow up the investiture pact, while

, who yesterday met with the president of the CEOE,

, reiterates the willingness of his formation to vote in favor as long as, of course, not a comma of what was signed by unions and employers is touched, in an intelligent move to

The agreed text does not really satisfy anyone.

All parties have made their concessions, with the result that neither PSOE nor Podemos have repealed the PP's labor reform, as they promised with propaganda fireworks.

On the other hand, it is also true that the projected law, although it largely consolidates the normative heart bequeathed by the popular Fátima Báñez, introduces aspects that increase the rigidity of the labor market, for which

under the principle of accepting the lesser evil.

gesture of social responsibility by the business community

was underlined yesterday by

Cuerva recognized the effort within the employers' associations to validate a text "anchored to the past" that is far behind the job creation strategies that neighboring countries have already launched.

in a pandemic time, with soaring inflation rates, an evident slowdown in the recovery and unemployment rates that keep us in the European queue.

It is because of that

, willing to support the norm only if it is rectified in some of its essential aspects, seeks to suffocate a fragile but necessary agreement by means of threats.

The transfer of Sánchez to ERC, PNV and Bildu

It would put an end to this glimpse of social peace and push the CEOE to withdraw from the agreement, as it already warned in its day.

We are also before

a litmus test on the credibility that the Government deserves

It is time to demonstrate that the given word has value.

The Spaniards do not deserve that the norm goes forward regardless of the social agents.