Arab platforms celebrate Kuwaiti tennis player Mohammed Al-Awadi... What did he do?

Arab communication platforms in general and the Gulf media celebrated Kuwaiti tennis player Mohammed Al-Awadi; Although he qualified for the semi-finals of the U-14 Tennis Championships in Dubai, he decided to withdraw. What is the reason? 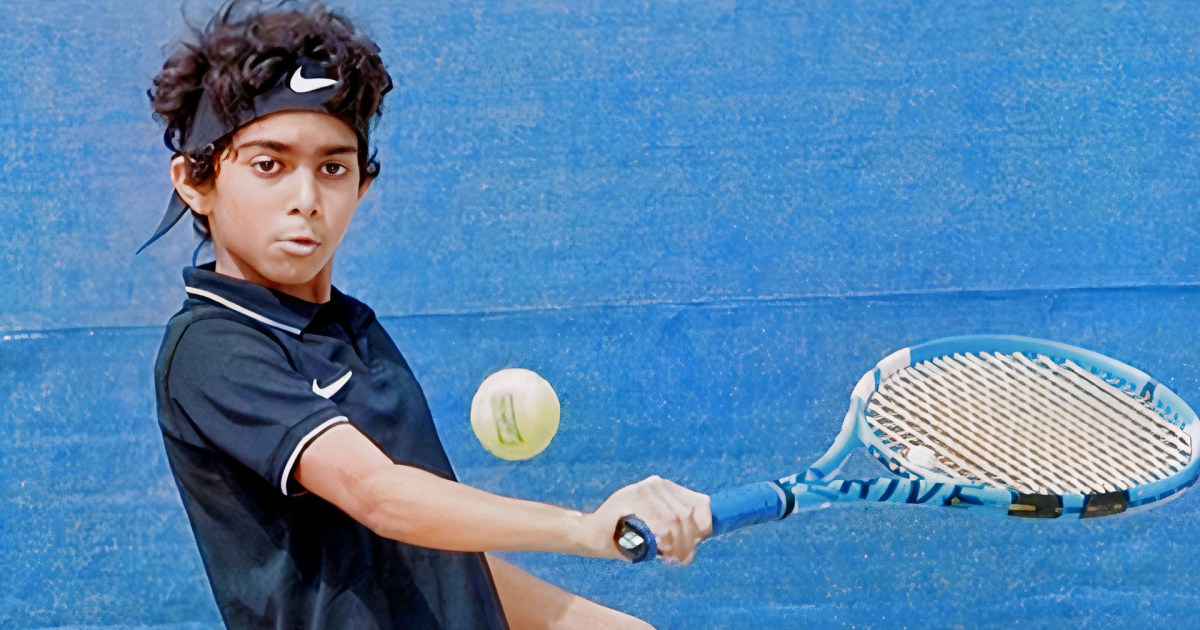 The reason is that the Kuwaiti player refused to complete the competition after learning that he had to face an Israeli player in the lower stage.

Under the tag "Normalization - Betrayal", Arab activists celebrated what the Kuwaiti player did, and this tag was topped by the Kuwaiti and Gulf platforms.

Muhammad Al-Awadi also received widespread praise on social networking sites in the Arab countries through various hashtags, and the tweeters demanded the State of Kuwait to honor the player for his step and his steadfastness on his principles against normalization.

Kuwaiti media reported that Al-Awadi succeeded in winning and ascending to the semi-finals of the tournament, but as soon as he learned of the Israeli player's confrontation, he decided to withdraw and not participate in front of him.

Among the tweets that were monitored by the “Nasratkoum” episode on 1/22 (2022) was a tweet by National Assembly member Osama Shaheen, in which he wrote, “I call on the Sports Authority, the Kuwaiti Olympic Committee, and the Tennis Federation, to honor the hero Muhammad Al-Awadi literary and material, next to every Kuwaiti hero who sacrifices, A commitment to sportsmanship, Olympic ethics, and Kuwaiti legislation, which rejects injustice, racism and Zionism.

While activist Muayyad Sobh tweeted, "And the blessings are from Kuwait and its people. They are always principled and teach everyone that normalization is treason, even their children are men and elders, unlike some people whose elders are children."

In his turn, researcher Sultan Al-Salem wrote in his tweet, "Good news in the midst of the fierce political battles these days.. you qualified and won, Muhammad.. you are the hero and the owner of the gold medal.. you surrendered your oath and honoring you is a duty from the Kuwaiti government and all gratitude and love to those who raised you."

Academic Abdullah Kamal commented on the Kuwaiti player's decision, "a new Arab principled position drawn by a Kuwaiti tennis player by refusing to confront an Israeli, believing that normalization is a betrayal."

The writer Yasser Al-Zaatrah also sent a message to the player Al-Awadi, in which he said, "A kiss on your forehead, you wonderful boy. I slapped you on the faces of the invaders is stronger than any other slap. I told them that Palestine is in the hearts of the sons of the nation, they carry it generation after generation."

While Ali Al-Obaidli went on his tweet, saying, "The values ​​and principles on which this young man was brought up were manifested in his heroic stance, through which he dealt a slap at the Zionists.. Oh God, protect him, establish him, and bless him and his parents."