The presenter of La Clave charges against Javier Ruiz's program on TVE: "He wants to take advantage of our prestige"

"Lack of imagination and professional ethics". Those are the two expressions that the historic presenter of the TVE debate program La Clave, José Luis Balbín, has... 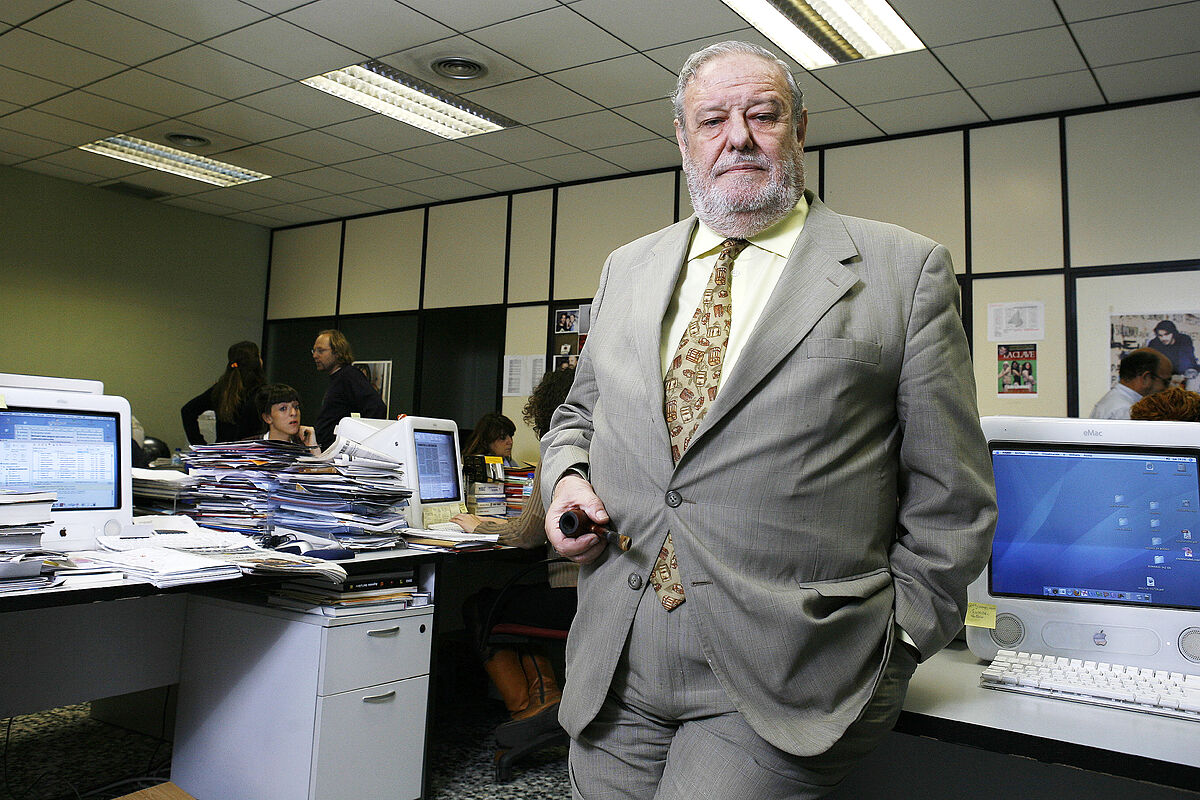 "Lack of imagination and professional ethics."

, has dedicated to the new format,

presented by Javier Ruiz and which premieres tonight on La 1. With a name at least similar to the one he drove in the late '70s and early '80s.

The veteran journalist, who has the trademark rights to

of his space by trying to equate the names with the current one through the "subterfuge" technique.

As detailed in a statement by the Asturian, from TVE they contacted him "in October of last year" to ask him to transfer the name of the program.

"The answer was that the

is not for sale and will always remain linked to the legendary talk show."

Given the first refusal, from the corporation there was a second call to propose a meeting with Javier Ruiz and try to convince him. "

. From then on, there was no new contact," continues Balbín.

With the beginning of the year, Javier Ruiz himself began promoting his new program in public and announced that the name would be

The keys of the 21st century.

Here comes the point that has bothered the presenter of

"Knowing the beginnings, the intention could not be clearer. It amazes me even more, if possible, that the management of TVE, which has been my home for a large part of my professional career, far from protecting, allows it to be used in a sneaky way, with the evident in order to take advantage of the accumulated prestige, the registered name of a debate program that has innumerable awards,

For this reason, the journalist, according to what he says, sent a burofax last Monday to the president of the corporation, José Manuel Pérez Tornero, to

A burofax that has not yet received a response.

Already in September, when the signing of Javier Ruiz from Cadena SER was announced,

of TVE's Information Services. A point settled by the director of Informative Content, in a meeting with the press: "It has its own style, very informative and pedagogical, which illustrates very well areas that are already complicated, such as economics. Javier Ruiz joins TVE" , he claimed.

However, the internal criticism did not cease since the News Council understood that his signing and that of Silvia Intxaurrondo, presenter of

, meant "covering professional profiles that exist in abundance in the House".

External signings are only necessary when they provide indisputable added value

to a staff that has demonstrated its ample capacity and solvency", the TVE professionals stressed.