New amateur restaurant in Spain: "A violation of cultural heritage"

Apjesus, a rose-cheeked St Göran, very colorful wooden sculptures, a crooked virgin Mary and an ugly angel are some of the examples of amateur restorations of the cultural heritage of Spain that have entertained news consumers. But the Spanish Conservatives are less amused. - It is a violation of the cultural heritage, says President Francisco Manuel Espejo Jiménez. 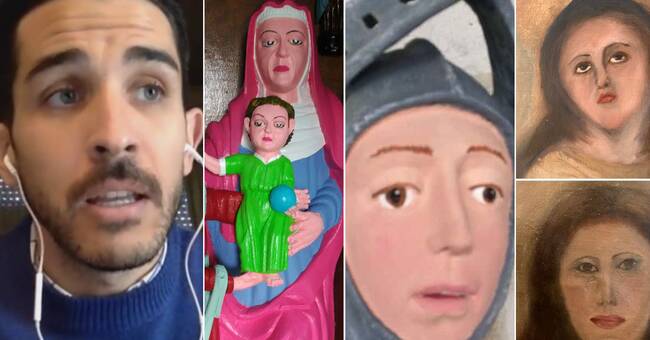 Now it has happened again.

Spain has received attention for another amateurish refresh of its cultural heritage.

This time a church from the twelfth century in the village of Castronunjo.

Francisco Manuel Espejo Jiménez is president of the Spanish Conservatives' Association and says the law needs to be tightened.

There has been a bill since last summer to give conservatives more power and influence, but the problem is that the profession itself is not covered by regulations, such as Italy.

Although ugly repairs would be a specific Spanish problem, he does not agree.

See more in the clip.