Here is another public appearance of Queen Letizia, here is another look. But one that has its novelty in antiquity, in uniqueness and in the powerful message that it launches: that of... 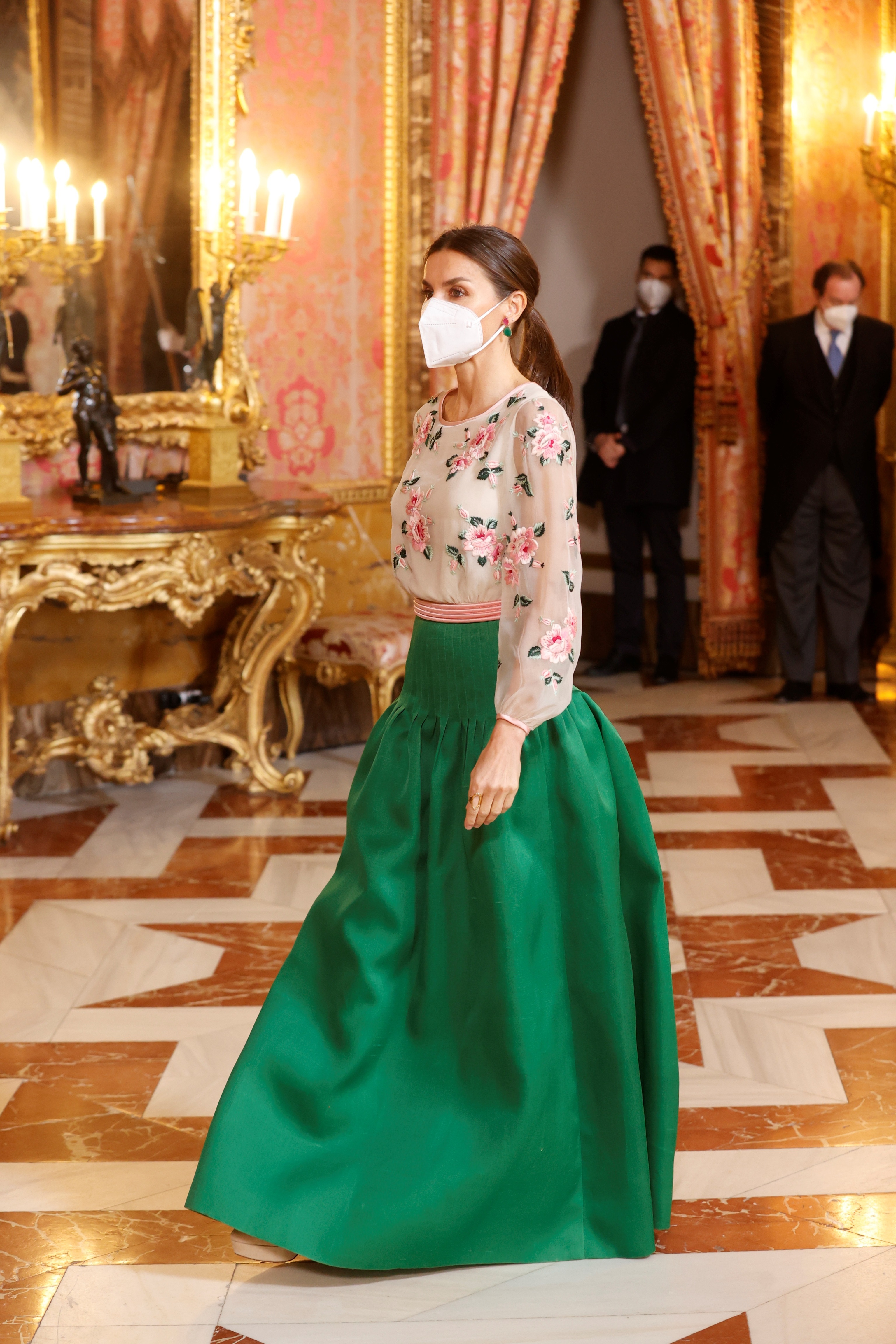 Here is another public appearance of

, here is another look. But one that

has its novelty in its antiquity, in its uniqueness and in the powerful message that it sends

: that you don't have to brand new to impress. Because yes, that is what he has done (extremely surprising) at the reception of the Accredited Diplomatic Corps in Spain thanks to

a Valentino look... from his mother-in-law.

For the formal occasion, Doña Letizia has chosen a style made up of several pieces. The first, a

a more literal approach to the romantic style than the one the public is accustomed to (in the end, its aesthetic tends to be closer to the sober and minimalist). The other great piece is, as you can imagine,

the skirt in intense green, high waisted and cut at the hip

that divides the garment into two parts: a tighter upper part and a more voluminous second part.

The accessories have been simple:

a gold ring on the ring finger and two-tone long earrings to match the suit, from Tous

. But with the permission of those jewels to copy, what has really been striking is the Queen's choice. Not because of the Italian firm, but because it is a style that belonged to her mother-in-law in the 1970s

. Apparently, Doña Sofía would have worn it in Germany in 1977

It is not the first time that the queen has recovered jewels and garments that were already in the Royal House, but this could be a

small milestone not only because of the obvious styling

(after all, the flowered blouse and the green skirt are more unforgettable than other simpler garments),

but also because of the moment in which it happened

to make appearances both within fiction (such as Sarah Jessica Parker and Jean Paul Gaultier's suit jacket from 1997) as outside. In fact, in this last category, Zendaya stands out, who also chose a Valentino dress (from the 90s, yes) for a premiere.

This is the penultimate proof that

It matters not only because it is a sociocultural mirror,

but also because it

And today's in these hands, is more than relevant.

FashionWhy the Queen, Isabel Díaz Ayuso and many more opt for the red trouser suit