Jia Song, a YouTuber who emerged as a star by appearing in the Netflix original series 'Solo Hell', shared behind the scenes of the shooting of 'Solo Hell'. 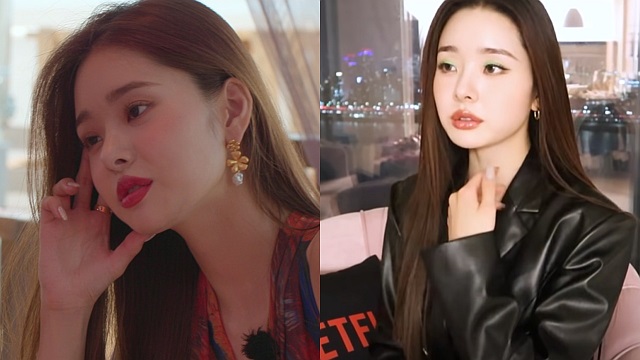 Jia Song, a YouTuber who emerged as a star by appearing in the Netflix original series 'Solo Hell', shared behind the scenes of the shooting of 'Solo Hell'.

On the 15th, Song Jia had a Q&A session with her fans on her YouTube channel 'Free Jia' related to 'Solo Hell'.

In the dating reality program 'Solo Hell', Song Jia received a lot of attention when she was selected by three male performers for her remarkably gorgeous looks and style.

In addition, he has fascinated many viewers at home and abroad with his dignified personality that candidly expresses his feelings in every situation.

In the video, Song Ji-a said, "I was introduced to the 'Solo Hell' PD through an acquaintance and appeared on the show. Meeting the PD is the greatest gift in 2021. However, I got along so well with the members that I came here because I was so passionate about it,” he revealed behind the scenes of the shoot.

Also, when a fan asked if she knew the nickname 'Dong Taijia', Song Jia explained, "It wasn't because I didn't like him," and explained the scene that drew attention.

Previously, Song Jia was nicknamed 'Dong Taijia' when talking with a male performer in 'Solo Hell' because of her unfocused eyes and indifferent expression. got

Regarding this, Song Jia said, "Usually I go to bed in the morning and wake up after 3pm. But it was very difficult in the beginning to adjust to my sleep pattern because I had to wake up in the morning while filming. It was very difficult because my condition did not follow my will." He revealed the reason why he had no choice but to become a 'Dong Taijia' with unfocused eyes.

Song Jia continued, "As for the reason why I became 'Ecologist' in the second half of filming, "It is true that someone close to my ideal type appeared, but gradually I got used to my sleep pattern and my mind became clearer."

How much do I like my fans?" She also showed her affection for her fans.

Song Jia also saw the broadcast and was most surprised by the male performers saying things like 'Okay, I'll take care of you', 'Brother?', and 'I don't want to go home'. He said, "I didn't know that those words would become a point of excitement and become a topic of discussion.

It wasn't intentional at all, but I also learned anew that I looked like that when I was dating."

In response, netizens commented on Song Ji-ah's honest charm, such as "Dong Tae-jia and Eco-jia were both so pretty", "It's cool to see a confident figure in Q&A", "I once again felt that she is a person who can attract people of all ages as well as external parts". praised again.