Jun-seo Yuk, the gorgeous school days… "I have a fan club, I can't even use the school gate" 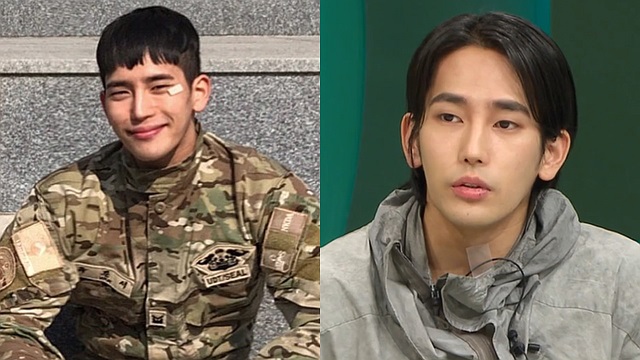 Junseo Yuk, a former UDT (Navy Special Warfare Team) who made his face known through the survival entertainment program 'Steel Troops', confessed his popularity as a student.

The daily life of 'K-military brothers' Yuk Jun-seo and Yuk Jun-hee was revealed on the MBC entertainment program 'Household Mate', which was broadcast on the 11th.

On this day's broadcast, Jun-seo Yuk couldn't take his eyes off his 22-month-old nephew and said, "I haven't seen my nephew in a long time, but he's strong and full of energy. I feel like I want to do everything generously."

However, Jun-seo Yuk replied with a bitter expression, "I don't know if I can be in a relationship."

In response, Jesu asked, "I heard that there was a fan club in high school" and asked about Junseo's past popularity, and his younger brother Junhee Yook also helped by saying, "You said that to me."

Then Junseo Yuk acknowledged his popularity at school, saying, "I transferred once, but I could hardly use the back door for about a month.

My younger brother Yuk Jun-hee also added a laugh, adding, "I had a friend who called me the master. Now that friend is suffering because his brother is so popular."