Jordan is one of the few countries in the Middle East to have legalized and funded street art. In the capital, a new generation of artists have seized on these tools to tackle issues… 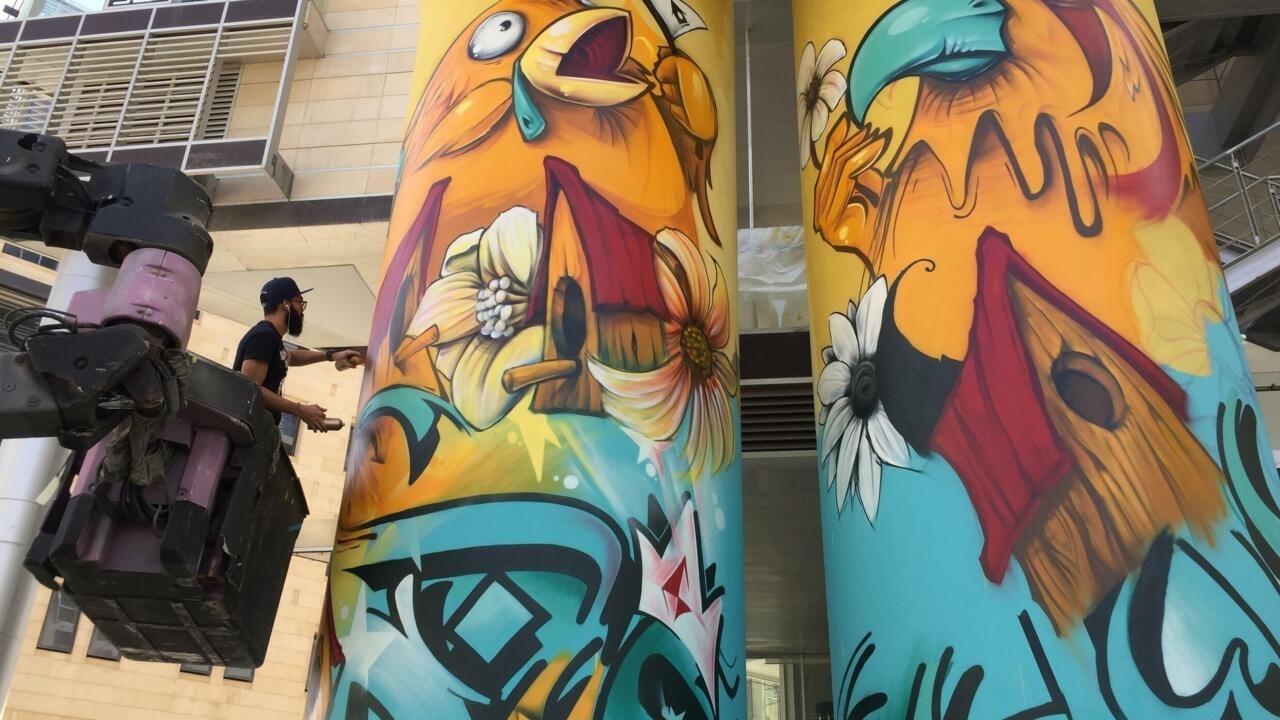 Jordan: street art flourishes on the walls of Amman

A work done on the walls of central Amman, Jordan.

The Kingdom hosts an international festival of urban art every year to revive the walls of its capital.

Jordan is one of the few countries in the Middle East to have legalized and funded street art.

In the capital, a new generation of artists have seized on these tools to tackle political themes that are sometimes still taboo in society.

All under the age of 30, they fight against stereotypes and want to pave the way for new debates.

Cartridge in one hand, brush in the other.

Miramar, 24, refines a sketch in her studio in downtown Amman.

For this Iraqi refugee born in Jordan, street art is not just a question of aesthetics.

It is above all one of the few political tools at its disposal.

In this country, it is difficult to express your ideas, whether for social or political reasons.

Art is a way, especially for this generation, to deliver messages without running the risk of being hurt

As for this portrait of Zaha Hadid, Iraqi architect and feminist.

It was on an extremely religious and masculine street.

A lot of men would stop and ask me why I was doing this, if I couldn't paint anything other than a woman.

If a street is dominated by men, I will paint the opposite, because it creates contrast.

It reveals the various conflicts that exist in our society and helps us find solutions.

Dust off the image of Jordanian society

They are only a dozen artists like Miramar in Jordan.

Among them, Yazan Mesmar, one of the leading personalities of local street art.

Dust off the image of Jordanian society.

I like to give a happy and colorful image of our culture, because many of our current representations are outdated.

Several hundred works are now visible on the walls of Amman.

And their number continues to increase, according to Alaeddin Rahmeh, who organizes guided tours on the subject.

In the last week alone, there were six new works painted in Amman.

It is a way for young people to appropriate the city, to show their style and to pass on their messages.

But the government still imposes its red lines.

So to get by, artists rely on double meanings.

Like this anonymous work, which can be seen in the historic center of Amman.

We see two women who could be a mother and a daughter.

Their faces are very close and some people see two women about to kiss.

There are still a lot of sensitive themes, but artists find a way to mention these subjects intelligently

In 2020, the Hashemite kingdom had erased several graffiti painted after the suicide of Sarah Hegazi, a young Egyptian imprisoned by the Al-Sisi regime for her sexual orientation.