Despite the withdrawal of big names in the world of technology from this year's edition, such as Microsoft, Google, Amazon and others due to the outbreak of Omicron, the International Consumer Products Exhibition in the World (CES) revealed impressive modern technologies. 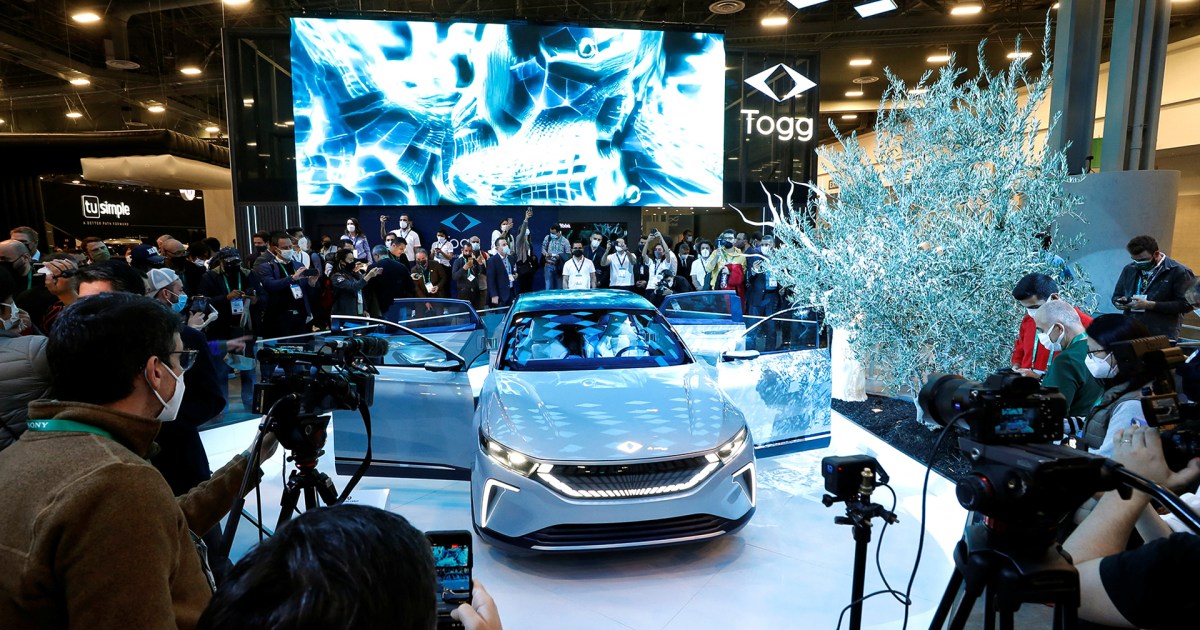 After a two-year interruption due to the Covid-19 pandemic, some tech conferences reconvened, with many companies withdrawing and others attending, perhaps trying not to reveal all their products and interesting news.

CES, the world's largest consumer electronics show, returned this year with half of its exhibitors, but without prejudice to the diversity of products and various innovations, as well as its online version for those who were unable to attend.

The exhibition - which is held at the beginning of each year in the American city of Las Vegas - presents the latest developments in technology companies and what the market awaits in the near future in various fields.

Among the innovations revealed by the American company "Chevrolet" at the "CES" exhibition, a truck that enters the category of electric small trucks, expected to enter the market in 2024.

In the field of drones, Skydio presented its new aircraft, "Skydio 2 Plus", which is equipped with a new autonomous flight system powered by artificial intelligence.

The new plane comes in several categories, with a speed of approximately 60 kilometers per hour, and is equipped with a battery that lasts 27 minutes in normal conditions, and sensors to detect obstacles from all angles.

Among the most prominent earphones that were shown at CES this year, a wireless headset that comes in colors that match skin tones, and its advantages are that it has the ability to resist sweat and water, making it suitable for athletes, and it can work for 38 hours continuously.

This year, technology companies were also interested in smart home devices and smart life inside, despite the small number of companies participating in the exhibition in this year's edition compared to what was usual in previous years.

The company "Samsung" (Samsung), for example, presented a new computer screen with which it bets on winning a large segment of home workers.

As for the German auto giant, Mercedes-Benz, it has excelled in producing futuristic test cars with impressive and distinctive specifications, the most recent of which was the "Vision EQXX", which was unveiled at CES, the largest consumer electronics company in the world.

The luxury electric car presented by "Mercedes-Benz" is distinguished by a distinctive and innovative design, the distinctive batteries built into it, and an impressive interior design in the truest sense of the word.

The German company also provided its car with a giant screen system entirely.