The Minister of Culture promises no new crisis support

Before Christmas, the government announced that 120 million in crisis support will be distributed due to the new infection control measures. But until they are distributed, no new money is sent, according to Minister of Culture Jeanette Gustafsdotter (S). 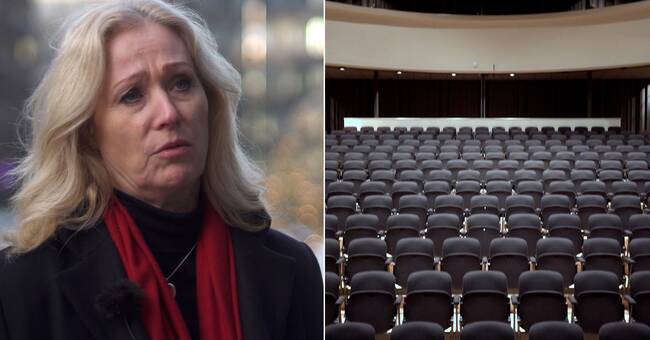 The cultural industry is in crisis again.

Just over a month after the vaccine pass was introduced to help the event industry get back on its feet, new restrictions and new audience ceilings are being introduced.

The reactions from industry representatives ranged from resigned to desperate.

Minister of Culture Jeanette Gustafsdotter (S) has met with representatives of the industry and says that she understands the vulnerable situation, but that it is not possible to set up exact time frames for a pandemic with a virus that behaves unpredictably.

In September, the then Minister of Culture Amanda Lind (MP) announced that 940 million would be added to the culture budget to help the financially vulnerable industry.

Just before Christmas, the government announced that another 120 million would be distributed as crisis support due to the new, milder, restrictions that prevailed then.

- Now we are working all we can to get the first support measures, the 940 million plus the 120 that we announced, that is first and foremost what applies now, says Jeanette Gustafsdotter.

But does not think the industry goes far enough?

- It is difficult to say, what we can say, however, is that we will follow the pandemic all the time and work close to the industry to be able to meet them.