The crises of the region or Iran and its proxies... Who is responsible for threatening navigation in the Red Sea?

Professor of Political Science at Cairo University, Dr. Hassan Nafaa, linked what is happening in the Red Sea region to what he called the intertwined crises in the region, and said that the solution to these problems depends on the ongoing negotiations in Vienna. 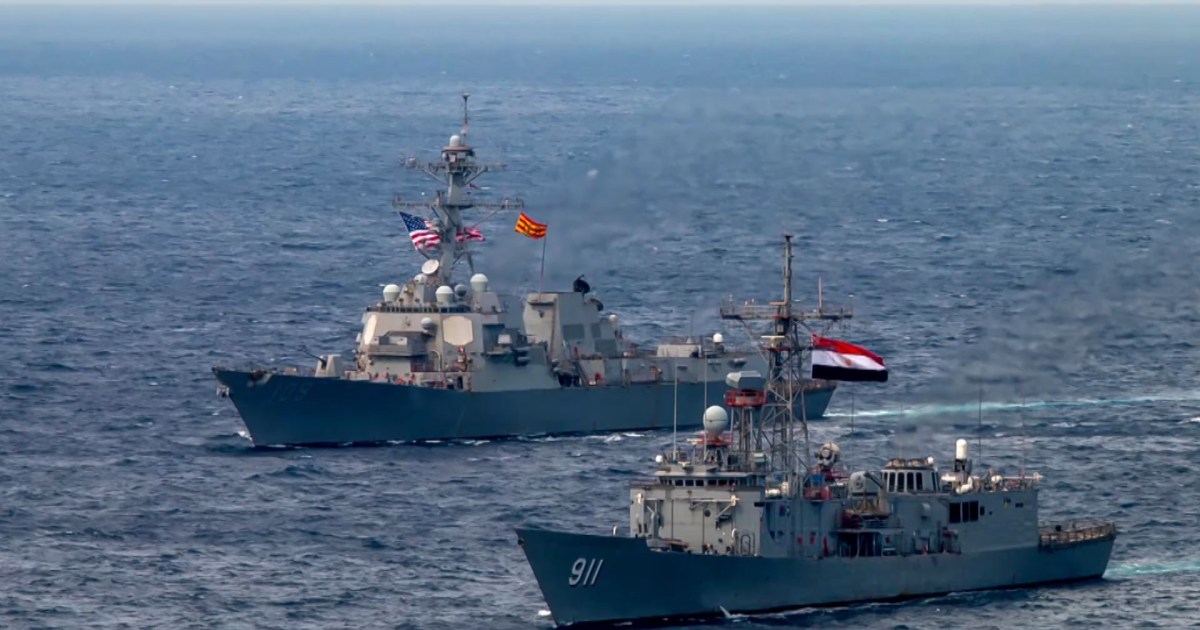 Nafaa said that the entire Arab region is inflamed with crises: the conflict in Yemen, the issue of Iran and its relations with other countries, which are crises that affect the issue of navigation in the Red Sea, ruling out that the Houthis alone can threaten this navigation, and that all they can do is pirate ships belonging to the parties war is waged against them.

According to the opinion of the political science professor at Cairo University in an episode (01/09/2022) of the “Beyond the News” program, there is a severe crisis between Tehran and Washington, but the ongoing negotiations in the Austrian capital Vienna regarding the Iranian nuclear program depend on a lot, and if the United States returns The agreement that withdrew during the era of Donald Trump will open a window for resolving the region’s crises.

In response to a question about whether the joint maneuvers and exercises between Cairo, Washington and Riyadh in the region will be able to deter the dangers threatening the Red Sea region, Nafaa explained that such exercises have been going on for years, expressing his belief that they will not, for example, change the plans of the Houthis.

Journalist and political analyst Hussein Jamal has another position, as he believes that these maneuvers fall within the framework of Washington's review of strategic calculations with its allies regarding the Red Sea region, warning that the region is facing a "new equation that needs new arrangements."

He attributed the responsibility for the threat in the Red Sea region to what he said was the chaos of Yemen, specifically those who hijack ships, calling on the international community to find a diplomatic solution to the crisis in the region, in order to avoid its transmission to other regions.

Regarding the impact of the negotiation path in Vienna on the navigation crisis in the region, Hussein Jamal pointed to two dimensions: the first is regional, related to Iran, the Gulf states and Egypt. .

As for the second dimension, it is specific to Washington, which is withdrawing from the region and the Gulf.

Iran and its arms

As for the military and strategic expert, Major General Dr. Fayez al-Duwairi, he focused in his intervention on the importance of the Red Sea region, in that 205 trillion dollars pass annually through this corridor, and that 13% of global trade passes through there, which means that global trade is also threatened.

He also considered that the Emirati cargo ship "Rawabi", which was subjected to a piracy operation, was the drop that spilled the cup regarding the risks that threaten the safety of navigation in the Red Sea.

According to the expert, the influence on international navigation in the Red Sea region comes from Iran and its arms in the region, contrary to Nafeh's opinion.

The Wall Street Journal had quoted a confidential United Nations document prepared by a team of experts from the United Nations Security Council, monitoring maritime activities related to the war in Yemen that threaten the safety of navigation in the Red Sea and Bab al-Mandab, and the UN report coincided with Saudi-Egyptian and other exercises. American-Egyptian, including naval combat activities, training on maritime security procedures in the Red Sea, and confronting atypical maritime threats.