Neither sexist nor naive: dolls claim their podium this Christmas

It must not be easy to be a doll knowing the target of criticism and wearing a maligned and controversial bubblegum pink. But, like it or not, Spain is a country of dolls and ... 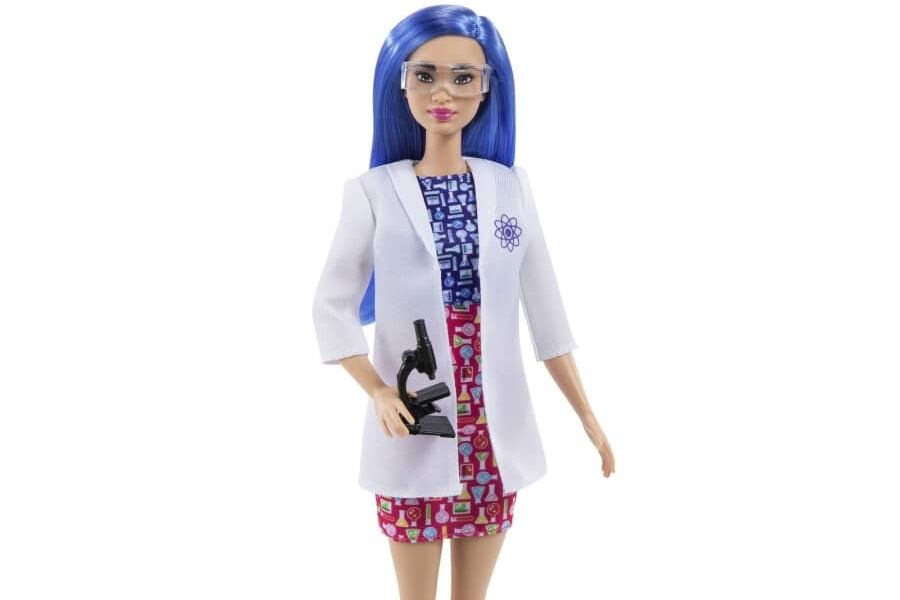 It must not be easy to be a doll knowing the target of criticism and wearing a maligned and controversial bubblegum pink.

But, like it or not, Spain is a country of dolls and the data makes them victorious.

Half of the star toys are dolls,

according to data from the market research company NPD Group in Spain.

Should we be concerned?

Are they harmful to child development?

Would a construction kit be more advisable?

The questions arise after the symbolic toy strike promoted by Minister Alberto Garzón in the middle of the Christmas campaign. "The time has come to say enough," he put in the mouths of his dolls, warning against "sexist behavior." Also the Ministry of Irene Montero proposes to manufacturers the sale of neutral toys and

denounces the oppression of the color pink on girls.

The truth is that both manufacturers and citizens are sensitized and involved in the fight for equality and their campaigns rebel against any gender label on toys.

its spokesperson confirms this commitment to YO DONA.

"We create toys and they are not intended for boys or girls. It is children and parents who decide how they want to play. We have a wide catalog of brands and products where any boy or girl can find what they like. For example, one of our top releases for this Christmas is 'Nenuco, how is my baby?'

How we communicate with children is key when it comes to avoiding stereotypes and assigning roles. "

Mattel, too, has long tried to erase any sexist stereotype in Barbie with designs that inspire future generations to follow true heroes. This year it has released a new collection in tribute to the creators of vaccines against Covid. One of those represented is

who participated in the development of the Oxford / AstraZeneca model. She herself valued this initiative: "I am passionate about inspiring the next generation of girls to STEM careers and I hope that children who see me in Barbie realize how vital science careers are to help the world around us ".

The universe of this legendary doll continues to grow following this non-sexist line and diversifying her physical appearance. Since its creation, 62 years ago, she has had to face continuous controversy over her body image and her role as a woman. In recent decades, the manufacturer has wanted to stage

the empowerment of women in it,

choosing prominent characters from history. Frida Kahlo, Amelia Earhart or Katherine Johnson, a pioneer of NASA, have been some of those chosen.

According to Mattel, three Barbie dolls are sold per second.

In Spain, five of the most

Its sales contribute to the 23% growth experienced by the toy industry in the first eight weeks of the campaign this Christmas.

It's data that encourages manufacturers to stick with what they think is correct.

Playing with dolls has its advantages

Science also contributes its point of view and shows that playing with dolls is not only genderless, but also

A study led by psychologist Sarah Gerson, from the University of Cardiff (United Kingdom), and published in 'Frontiers in Neuroscience', has made it possible to observe with neuroimaging techniques that, when playing with dolls, children create their own social world and They interact with him developing values ​​related to empathy, such as generosity, solidarity, responsibility or the ability to resolve conflicts. They are skills that also promote leadership learning.

The impact is seen the same in boys as in girls.

According to its authors, parents should not underestimate the game with dolls compared to others, such as puzzles or crafts.

"Dolls encourage children to create their own imaginary worlds,

even when playing alone, as opposed to problem-solving or building games," Gerson explained.

It's an entirely new find that adds to the importance of symbolic play in development and adds yet another reason not to underestimate doll windows.

LifestyleThe wicker skirt for the Christmas tree is imposed this year, what is your style?

How to cook the light roscón de Reyes of the Dukan diet, to 'sin' without getting fat

LifestyleVerónica Alcanda, the sentimental headhunter for senior positions at IBEX 35 without time: "Sometimes they ask me for the impossible"