(Year-end Feature, Hong Kong) Will Hong Kong's Economy in 2021 be extremely peaceful?   China News Service, Hong Kong, December 26   China News Agency reporter Liu Chenyao   In Zhonghuan, where land and money are rich, Ivy started a new day of "looks at the building" work. As Hong Kong approaches the end of 2021, there are very many customers looking for office leasing. This finally fits with h 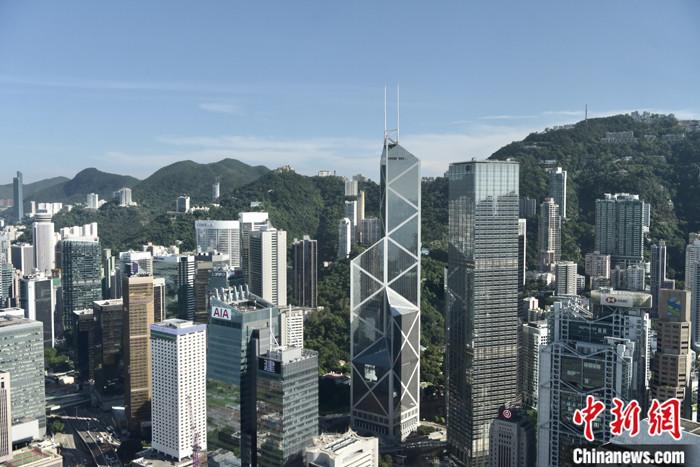 In Zhonghuan, where land and money are rich, Ivy started a new day of "looks at the building" work.

As Hong Kong approaches the end of 2021, there are very many customers looking for office leasing. This finally fits with her original intention of starting a business with her peers in 2019.

According to the analysis of Daoyuan Consulting, where Ivy is located, since the third quarter of 2019, Hong Kong's Grade A office buildings have gone through a two and a half year adjustment period. The most in history.

The leasing market is like a barometer of Hong Kong's economy. Social events and the new crown epidemic have caused the "Pearl of the Orient" to be filled with haze in the past two years.

"Whether it's too late" is the first word that the Secretary for Commerce and Economic Development of the Hong Kong Special Administrative Region Government Qiu Tenghua said to a reporter from China News Service in 2021.

In his view, the GDP increased by 7% in the first three quarters, the latest unemployment rate fell back to 4.1%, the volume of direct investment that steadily ranks among the world’s top three, the total trade volume has not fallen but increased, and the number of foreign businesses operating in Hong Kong has remained unchanged. No change, these five big data all show that Hong Kong's economy is picking up in all directions in 2021.

"As a typical small-scale open economy, Hong Kong's economy has always reflected the shift in the momentum of the global economic recovery. Since 2021, benefiting from the dependence of the world's major economies on the export of goods from the Mainland, Hong Kong's exports have performed well, which has increased external demand for economic growth. E Zhihuan, chief economist of Bank of China Hong Kong, said that Hong Kong’s GDP in 2021 is expected to achieve a growth of more than 6%.

This forecast was placed on today last year, and it was as low as "-6.1%". The V-shaped rebound within a year made Qiu Tenghua "overjoyed", which seemed reasonable.

He believes that in addition to Hong Kong's own advantages of freedom, rule of law, fairness, and competitiveness, the support of the state has provided sufficient momentum for Hong Kong's economic decline this year.

Since the beginning of this year, the central government has attached great importance to the development of Hong Kong's economy and people's livelihood, implemented the "14th Five-Year Plan", deepened the construction of the Guangdong-Hong Kong-Macao Greater Bay Area, and frequently promoted policies to benefit the people and youth, and promote Hong Kong's better integration into the overall development of the country.

In particular, the Qianhai plan and the launch and implementation of the "Cross-border Wealth Management Link" encourage pilot trials under the framework of "One Country, Two Systems", and promote the integration of rules and mechanisms between the two places, providing opportunities for the financial development of the Greater Bay Area, and also for Hong Kong's economy. Continue to take off to lay the groundwork.

At present, although the tourism, retail, and aviation industries in Hong Kong have not yet recovered to their pre-epidemic levels, the Hong Kong stock market has fallen by more than 10% compared with last year.

She said that the SAR government is currently striving for "customs clearance" with the mainland in order to enhance the driving force of the cross-border tourism and retail industries to the overall economic recovery.

The Hong Kong Special Administrative Region government continued to issue consumer vouchers in stages in the fourth quarter, which will continue to promote consumption performance. It is expected that the Hong Kong economy and job market will recover further this year and next, and the unemployment rate is expected to fall further in 2022.

"During the period when the epidemic is better controlled, and under the premise of effective risk control, Hong Kong can gradually expand the arrangements for mainland residents to come to Hong Kong for exemption from quarantine, promote the recovery of the tourism industry, further improve service exports, and jointly increase the contribution of external demand to Hong Kong's economic growth. "She believes that with the continuous increase in the vaccination rate in Hong Kong and the expansion of the scope of intensified injections, social distancing measures such as the gathering restriction order are expected to be adjusted in accordance with the changes in the epidemic to reduce the impact of enclosures and forced inspections on the consumer and service industries. And the impact on the real economy.

From Central, Tsim Sha Tsui to West Kowloon, Ivy shuttles among the dense Hong Kong skyscrapers. Her clients are not limited to the local area, but also include newly-increased enterprises in mainland China and foreign countries.

Frequent telephone consultations and demand for property inspections are her and two partners' determination to persevere, as well as their confidence in the continuous improvement of Hong Kong's economy.

"This year's deal division should allow me to have a solid year." It is dusk when Ivy finishes work. The towering Christmas tree in West Kowloon is shining brightly, and the golden star at the top shines with light that can be seen on both sides of the Victoria Harbour.