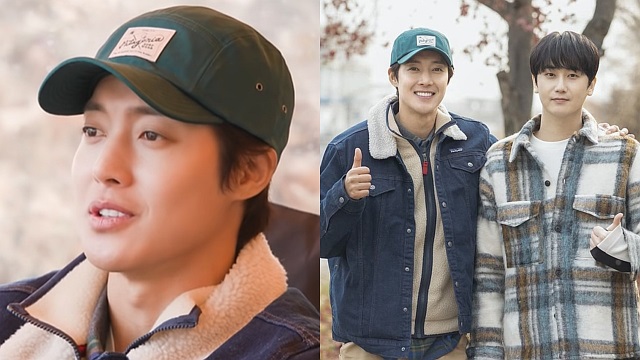 On the 22nd, Kim Hyun-joong released the contents with Heo Young-saeng through the official YouTube channel.

In the video, Kim Hyun-joong introduced Heo Young-saeng, "We've been friends for over 20 years. We've never had a fight or swear, but it's an awkward but not awkward relationship."

Heo Young-saeng was a little awkward in front of the camera, but when Kim Hyun-joong asked him to let him know what he was doing, he said, "I'm doing a radio show, and I'm having a fan meeting at Christmas." "I have plans for an album next year, but it's not clear."

Afterwards, the two filmed a social media dance challenge video together at the campsite, and made and ate the food themselves.

In particular, on this day, Kim Hyun-joong told Heo Young-saeng, "We are approaching the 20th anniversary of our debut, and we don't know when we will be able to sing with you again. “He suggested collaboration.

After that, the two promised to write lyrics for the song together, raising expectations for collaboration.

Kim Hyun-joong said about his future, "I want to do music for the last time in England, the birthplace of rock." "I don't know whether it will be a British pub or a rock cafe, but I don't know where it will be on the street, but it's my goal to keep running and performing in a British city. It is a dream,” he also revealed his aspirations.

Kim Hyun-joong, who had previously caused various controversies such as a scandal with his ex-girlfriend and drunk driving, appeared on an entertainment program and expressed his feelings about returning to activities.

Currently, he established his own label, continued his music activities, and actively communicates with fans through social media and YouTube.

In this video, Kim Hyun-joong also showed his passion for music, saying, "I will continue to work harder in my music activities without forgetting the people I am grateful for."