Chinanews.com, Hong Kong, December 21 (Reporter Suo Youwei) The third "Exploring the Forbidden City-A Journey for Young People" Sharing Session of the Hong Kong Reading Forum was held on December 21 at the Tsim Sha Tsui Book Center of the Commercial Press. Based on the "Exploring the Forbidden City" series, this lecture invited Wu Zhihua, the curator of the Hong Kong Palace Museum and Deng Fei, 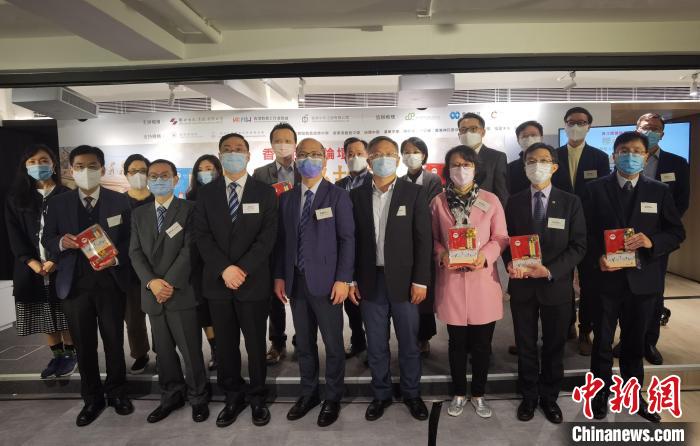 The "Exploring the Forbidden City" series is published by Hong Kong Zhonghe and edited by experts from the Palace Museum. The content is divided into four volumes according to the distribution of palace buildings and different functional areas.

When the editor-in-chief Guo Meixia shared the process of writing the book via video, the book was completed in the 600th year of the Forbidden City and the 95th anniversary of the establishment of the Palace Museum. It is a popular science picture book for readers through exquisite illustrations, real-life cultural relics and architectural photos.

Li Jiping, Vice Chairman and President of United Publishing Group, said that since the 1980s, the Commercial Press under the United Publishing Group and the Beijing Palace Museum have cooperated with large-scale Chinese and English albums such as the "Complete Collection of Cultural Relics and Treasures in the Palace Museum", which caused a sensation after the publication.

Sanlian Bookstore, Zhonghua Book Company, Xinya Culture, Hong Kong Zhonghe, etc. have also published a large number of Forbidden City-themed popular books, which have won many awards. Dozens of stores in Hong Kong often exhibit the Forbidden City-themed books and cultural and creative products. The introduction of historical and cultural books to campuses and communities will help enhance the knowledge and understanding of the excellent Chinese traditional culture among school teachers, students, and citizen readers.

The chairman of the Hong Kong Federation of Education, Huang Jinliang, said that history education is the foundation of national education. Strengthening history education can help establish students' national identity and foster their sense of responsibility to society.

Deng Fei, the vice chairman of the Hong Kong Federation of Educational Associations, asked how the Hong Kong Palace Museum’s display of cultural relics can attract more Hong Kong citizens, especially young people, to visit the venue. The content and display methods need to be connected with daily life.

Wu Zhihua said that Hong Kong’s “Forbidden City” is the “essential version” of Beijing’s Forbidden City. It takes about two hours to understand the essence of the Forbidden City’s culture, but this does not mean that the experience is overwhelming. The display technology and the services provided to the audience are in-depth, and this is also the trend of future museum visits.

The Hong Kong Reading Forum launched by the United Publishing Group was first held in October this year.