China News Service, Wuhan, December 20 (Reporter Zhang Qin) Wuhan Municipal Government officials stated on the 20th that the city has more than 3,500 years of splendid cultural history. It is a famous historical and cultural city in China and an important heritage site of the Yangtze River civilization. ", and use this as a starting point to promote the creative transformation and innovative dev 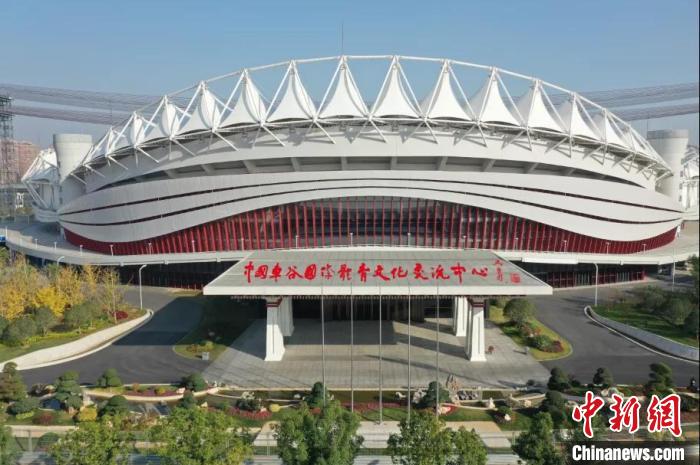 China News Service, Wuhan, December 20 (Reporter Zhang Qin) Wuhan Municipal Government officials stated on the 20th that the city has more than 3,500 years of splendid cultural history. It is a famous historical and cultural city in China and an important heritage site of the Yangtze River civilization. ", and use this as a starting point to promote the creative transformation and innovative development of traditional culture, further enhance cultural soft power and communication power, and expand cultural exchanges with foreign countries.

The elected city carries out various forms of cultural and tourism activities under the name of "Cultural Capital of East Asia", which encourages cities and citizens to participate more actively in East Asian regional cultural and tourism cooperation, promotes urban cultural construction, stimulates urban vitality, and enhances the international reputation and reputation of the city Spend.

The picture is courtesy of Wuhan Cultural Exchange Center, the opening ceremony of the Wuhan Military Games.

Wuhan's landscape is victorious, with two rivers meeting, three towns standing together, big rivers and lakes, and the city's geographical pattern is rare in the world.

The climate is suitable, the four seasons are distinct, the cherry blossoms are romantic in spring, the lotus blossoms in summer, the fragrance of Osmanthus fragrans in autumn, and the red plum Aoshuang in winter have created the reputation of "Four Seasons Flower City".

Wuhan is a famous historical and cultural city in China and an important inheritance site of the Yangtze River civilization. It has bred Panlong culture, intimate culture, Mulan culture, Shouyi culture, modern industrial and commercial culture, etc., leaving behind a large number of moving legends and precious relics.

Wuhan is also a heroic city, rich in red resources and a bright revolutionary culture.

Wuhan is also a famous city of science and education in China, with 92 universities and colleges with beautiful campus scenery, suitable for study, travel and research.

Since the beginning of this year, Wuhan City has persisted in taking on the mission of "raising the banner, gathering people's hearts, cultivating new talents, promoting culture, and exhibiting image", and has strengthened cultural construction with the establishment of the "Cultural Capital of East Asia" as the starting point, and has achieved new results.

Around the centuries since the founding of the Communist Party of China, the establishment of a well-off society in an all-round way, and the prevention and control of the epidemic, the "Wuhan Defense War", created and polished 16 Han-style art works.

The revitalization of Wuhan's "Play Dock" has achieved new results.

The 17th China Theater Festival, the National Han Opera Art Seminar of the Central Propaganda Department and the exhibition of outstanding works in the main areas of Han opera were successfully held in Wuhan. Wuhan has gradually become an important Chinese opera performance and exchange center.

New achievements have been made in the protection and utilization of cultural relics and the inheritance of intangible cultural heritage.

The city’s red stadiums have received more than 20,000 batches of visiting teams and more than 3.6 million visitors.

The effectiveness of public cultural services has been newly enhanced.

Efforts will be made to build a 12-minute cultural circle, 20 book corners and 14 urban study rooms have been built, 40 rural cultural squares and some street comprehensive cultural service centers have been upgraded, and the network of public cultural facilities has been continuously improved.

Huangpi District (Chu Opera) was selected as the "Hometown of Chinese Folk Culture and Art in 2021-2023".

The integration of cultural and tourism stimulates new vitality.

It not only enriches the connotation and attraction of tourism, but also enhances the power of cultural dissemination.

"Looking for friends with mountains and rivers."

In recent years, Wuhan has successfully hosted many major international events such as the Seventh World Military Games, the Meeting of Ministers of Tourism of the Member States of the Shanghai Cooperation Organization, and the China International Sister Cities Conference.

International exchange activities in the cultural field are rich and varied.

This year, through the cooperation with the Mauritius Chinese Cultural Center to carry out the national "Ministry-Provincial Cooperation" project, to fully display the cultural and tourism style of Wuhan to the African people; through the official extranet accounts of the Ministry of Culture and Tourism, the Cultural Office of the Chinese Embassy abroad, and the Overseas Chinese Cultural Center , The global live broadcast of the variety show "Hand in hand with Wuhan-Dragon Boat Festival", to fully display the cultural and artistic style of Wuhan; successively hold the French song competition national finals, the 2021 Sino-French Summer Solstice Music Day performances, etc., to show the world a rebirth and a new glorious New look.

The picture shows the Wuhan Song and Dance Theater participating in the "Dream Color Music Festival" in Oita City, Japan. Photo courtesy of Wuhan Bureau of Culture and Tourism

In particular, innovate communication methods, focusing on promoting exchanges and cooperation with Japan and South Korea.

On November 26, 2021, the first China (Wuhan) Cultural Tourism Expo will be held in Han, attracting more than 1,000 domestic and foreign cultural tourism organizations and enterprises to participate, including tourism authorities and organizations from 15 countries including South Korea, Thailand, the United Kingdom, and France. .