After the house and the children, will we also take care of the environment?

At a certain point in the documentary &amp; apos; The disappearance of my mother &amp; apos ;, its protagonist, the former iconic model of the 60s Benedetta Barzini teaches a class at the ... 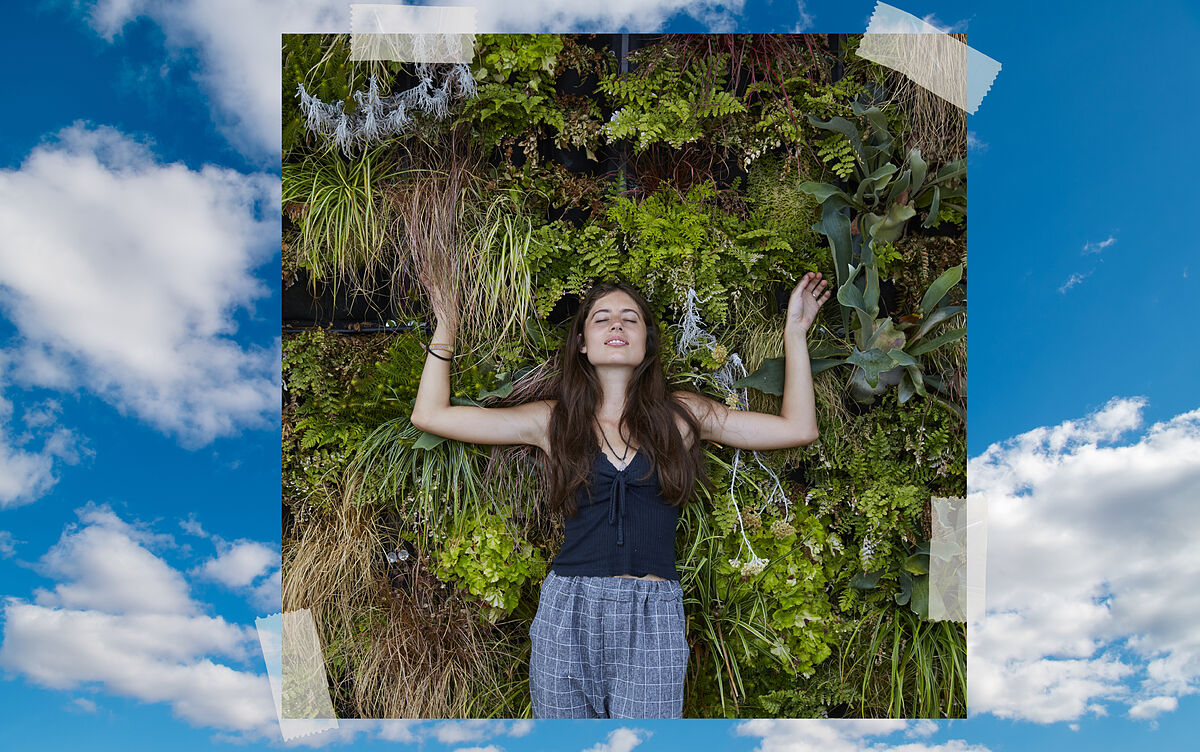 At a certain point in the documentary 'The disappearance of my mother', its protagonist, the one who was an iconic model of the 60's

teaches a class at the Polytechnic University of Milan on the

, almost forming part of a plant

"This is an advertisement for plastic flip flops," says Barzini. "They represent her as

inside a tree, naked. This image is terribly

idea of ​​the woman

that someone wants to keep in our minds.

This is why we often see women lying on dry leaves or photographing themselves on top of a tree or among flowers. The woman is synonymous with nature, the man, reason and thought ".

As Barzini suggests, the traditional identification of women with nature, as the one that links her to the

is still as valid today as centuries ago, although with new ways. Voices of the most different, many of them female, demand that

caring for the environment

by virtue of a kind of millennial 'savoir faire' and by our supposed 'familiarity' with the earth. "At a time when the protection of biodiversity, mother earth and future generations has become essential, essential animal behaviors, such as breastfeeding, take on greater relevance," we read, for example, on the

Caring is in the genes?

doesn't it help to keep us women pigeonholed into the roles we have been trying to free ourselves from or share over the last century?

And furthermore, what is based on, beyond that construction

the belief that women are better at taking care of - be they children, the elderly, houses, forests, platypus - than men?

Since when does having done it always justify continuing to do it to infinity?

If not even the universe is going to expand ad aeternum, man ...

And it is that there are

that, when they 'fall sympathetic', can dangerously settle in our belief system until they become dogmas. A classic case is the idea that

conceived by evolutionary psychobiology, which has not been scientifically proven, but with which we

Is it because one of the two genders (mark with a cross what applies) is especially convenient for you?

As women have been caregivers since the time of Maricastaña (a lady who, by the way, lived in the fourteenth century), it goes without saying that we are especially gifted for the task. As if we had it

tattooed in our genes

or we had a

in rocking babies. From there to thinking that the professions whose essence is care are especially good for us, there is just one little step, and from there to caring for the environment, a stone's throw away. Or pineapple. Or starfish.

"Who better than women, also sources of life, to take care of the planet" we read in an article published on a corporate website. Sure, who better? All maybe? Speaking with

main Spanish representative of ecofeminism and professor of Moral and Political Philosophy at the University of Valladolid, she warns us of the

the discourse on the nexus between women and care, to the detriment of the concept of equality in care: "We have to demand, teach and

roles and virtues of caring for men, because

praising them without a critical look

that denounces power relations leads to a

Come on, the more we repeat the idea that hooray for women who are great caregivers, the more fuel we will be giving to the stereotype.

Be careful what you wish for ...

messages arise that invite to relate feminine gender and ecology.

Women "have led the

or the care of life" and now "the vulnerability of the natural world should be our priority," declared

executive director of SEO / BirdLife, in March of this year.

The courteous does not take away the brave, what Asunción Ruiz said does not mean you take off to put me on, but make room for me that we all fit, but the

in the best intentioned way,

for care, is still there , growing. And the message is getting through. It has even reached the

. 'The more women in the company, the greater the commitment to sustainability', a newspaper headlines an information on a study carried out by

according to which, the more relevance a company gives to sustainability, the greater the weight of the women in its management.

Well, it's actually the other way around. The study analyzes 50 large Spanish companies and discovers that

when the presidency is female

parity on the Board, it

is more likely that there are specific sustainability commissions. It also points out that

charge of managing this area are

are in the hands of women, according to data from ADECEC, the Association of Consulting Companies in Public Relations and Communication).

Of course, no matter how much PricewaterhouseCoopers says, it is enough to go to any climate summit to realize that in environmental matters there is also an 'up and down'. In the

Conferences of the Parties

-the famous COP-, supreme body of the

participation continues to be very unequal by gender, in the latter, of the order of 62% men and 38% % of women.

In the same way, we are the majority in environmental groups at the international level but, as

pointed out to EFE some time ago

with this "it happens as in other movements and in almost all sectors: we rarely get to the

most important part. elevated of the pyramid,

we are in the

Green is feminine in the store too

Also on the basis of

. Because all the data indicate that women are the most inclined to

to rationalize energy consumption, and to allocate resources to the defense of the environment. The

'Report on the gender gap in consumption'

presented last year, for example, revealed that women are

aware and concerned about

than men. And not only that. It is that we also feel more guilty (a classic). According to the aforementioned study,

while men do not reach 50% in this mea culpa.

And, hold on, there is even a

According to a study published in the

in 2016 titled 'Is Eco-Friendly Unmanly?

The Green-Feminine Stereotype and Its Effect on Sustainable Consumption '

everything that sounds ecological with the

, and that this stereotype "can motivate them to abandon' green 'behaviors in order to preserve a

And while this male sector is stressed and in the haute cuisine of ecology the Michelin stars are still theirs, the

that call on women to

stated, throughout a monograph dedicated to women and the environment, that

extends to the desire to protect and preserve nature ..., in the middle of 2021 we witness situations like

cows in the fields.

Gentlemen of Seoul Milk, once and for all, as Alicia Puleo says: "Women are not more natural than men."

LifestyleVerónica Alcanda, the sentimental headhunter for high positions at IBEX 35 without time: "Sometimes they ask me for the impossible"

LifestyleFrom violet in fashion and decoration to fir rental: all the winning trends this Christmas

LifestylePaloma Fang, seven open restaurants and a dream: that we forget about the spring roll