As France experiences a fifth wave of Covid-19, should we expect a sixth wave due to the Omicron variant? According to the epidemiologist and professor of public health at the Lille University Hospital &amp; nbsp; Philippe Amouyel, guest of Europe Midi, "it is probable". 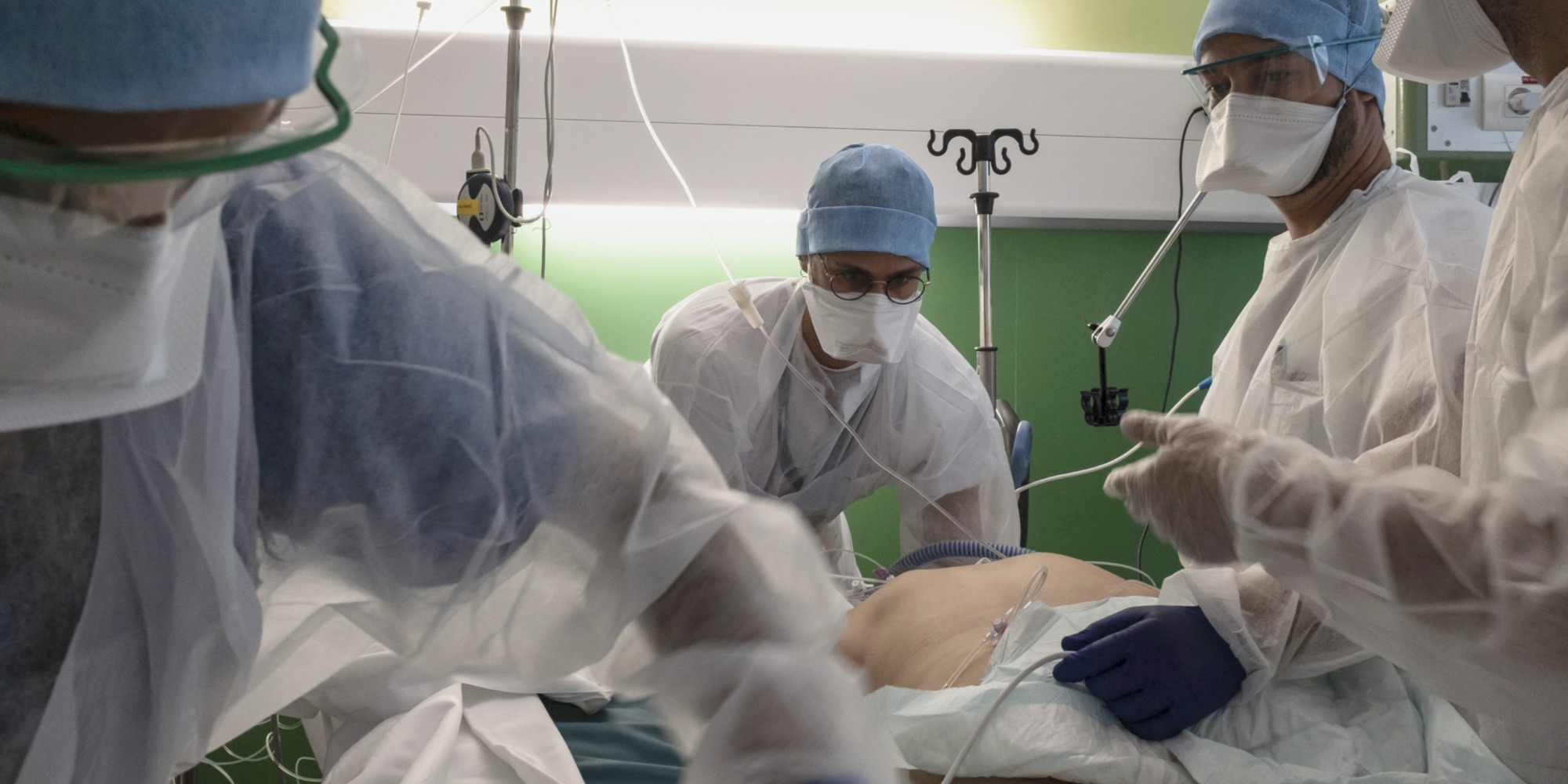 As France experiences a fifth wave of Covid-19, should we expect a sixth wave due to the Omicron variant?

According to the epidemiologist and professor of public health at the Lille University Hospital Philippe Amouyel, guest of Europe Midi, "it is probable".

The Omicron variant worries the WHO.

The World Health Organization has affirmed in recent hours that it has never seen such a rapid spread of a variant since the appearance of Covid-19.

This is one of the characteristics of this new variant, "its high transmissibility, we have already seen it in South Africa", explained Philippe Amouyel in Europe Midi.

The epidemiologist and professor of public health at Lille University Hospital detailed that the "British and Danes have started to make estimates, it would seem that it is 40% more transmissible than the Delta variant".

A Delta variant partly responsible for the fifth wave of coronavirus that France is currently going through.

Does the arrival of the Omicron variant herald a sixth wave in France in January?

"It is probable" according to Philippe Amouyel.

While the variant is probably present in many countries today, the problem remains detection.

"It all depends on the implementation of these [detection] techniques in the countries", such as sequencing.

The United Kingdom and Denmark are particularly advanced in this area according to the professor.

"France, for the moment, has not released a large number of cases. The question we can ask ourselves: is it really a state of affairs or are we under- estimate this number? "

WHO also warns of potential resistance of Omicron to various vaccines. The first studies show that "the antibodies produced when one is vaccinated are less effective for the Omicron than for the other variants" reported the epidemiologist. And remember that the vaccine was already less effective against the Alpha and Delta variants. "This decrease in efficiency mainly affects the transmission." The vaccine decreases transmission by only 20 to 40% according to Professor Philippe Amouyel.

On the other hand, "for severe forms, depending on the scenarios of reduced immunity linked to the Omicron variant", there is "between 70% and 90% (effectiveness) for severe forms and for hospitalizations".

The professor of public health is reassuring: "Apparently, a triple dose vaccination protects, even in severe forms."