The actor: "The theater school was a perfect place for the perpetrator"

After the revelation that director Staffan Hildebrand raped teenage boys, several men went out and told about how they were subjected to harassment, abuse and boundless behavior by other men, including in the cultural world. 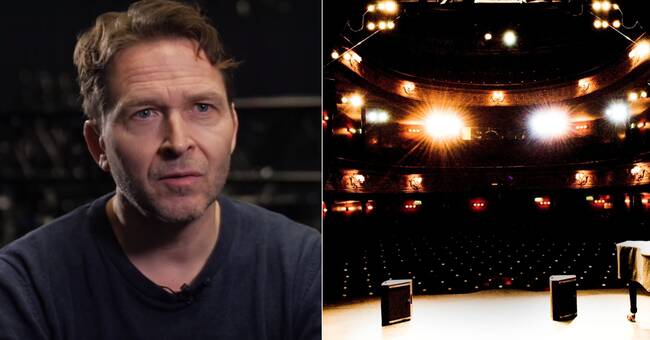 The texts on the culture pages are not about Staffan Hildebrand, but the testimonies from the two now grown men seem to have lifted the lid on other similar events.

The author and comedian Jonas Gardell writes in Expressen about how he was exploited by a principal as a 15-year-old.

Gardell writes: "When are we going to stop seeing all these testimonies as isolated, isolated, anecdotal events in a horrible past and instead understand that sexual abuse of boys is common even today?"

In the same newspaper, the author and writer Daniel Sjölin writes about his teens and unpleasant approaches from a man who pays attention to his author's dreams.

When the actor Tobias Aspelin started playing theater at the age of ten, he was finally seen and confirmed.

His theater teacher became the father figure he lacked.

An adult who not only taught him about theater and music but was also comforting and listening.

- He became an incredibly close friend, who then turned out to take advantage of me.

And it was such a fucking betrayal when it dawns on you that that was his agenda, says Tobias Aspelin.

It would then turn out that Tobias was just one of many vulnerable boys.

Evening rehearsals, weekends when the children and young people spent the night at the theater teacher's home, tours ... everything was arranged in a way that made the teacher have constant access to the children.

When some of the children told their parents about improper events, it did not lead to more than a few conversations where the teacher explained it all as fantasies.

- It takes a lot for you to suspect a person you have once let in and trusted, who has a social commitment and a genuine interest in your child, who is a better father for your child than your own husband.

Made a radio documentary

A few years ago, Tobias Aspelin made a radio documentary, The Theater Teacher and the Favorite Boys, about the events at the children's theater.

In it, several of those who were children at the time tell how they were exposed to the theater teacher.

He was eventually reported and sentenced to probation for his actions.

In the radio documentary, however, Tobias Aspelin did not tell what he himself was exposed to.

Even though more than thirty years have passed, he was not "there yet", as he puts it.

Now, however, he thinks he has a bit of a duty to raise the issue.

- I do not think we can prevent abuse from happening, says Tobias Aspelin, but we must become better at daring to tell when we have been exposed to something.

In this way, we may be able to access the perpetrators more quickly.

It should not take thirty years.