Jordanian communication platforms ask: Did the Prime Minister really exchange slaps and punches with a Minister of State?

Social networking sites in Jordan were buzzing with talk of a dispute between Prime Minister Bishr Al-Khasawneh and Minister of State for Prime Minister Affairs Ibrahim Al-Jazi, and the interactions ranged between denial and confirmation. 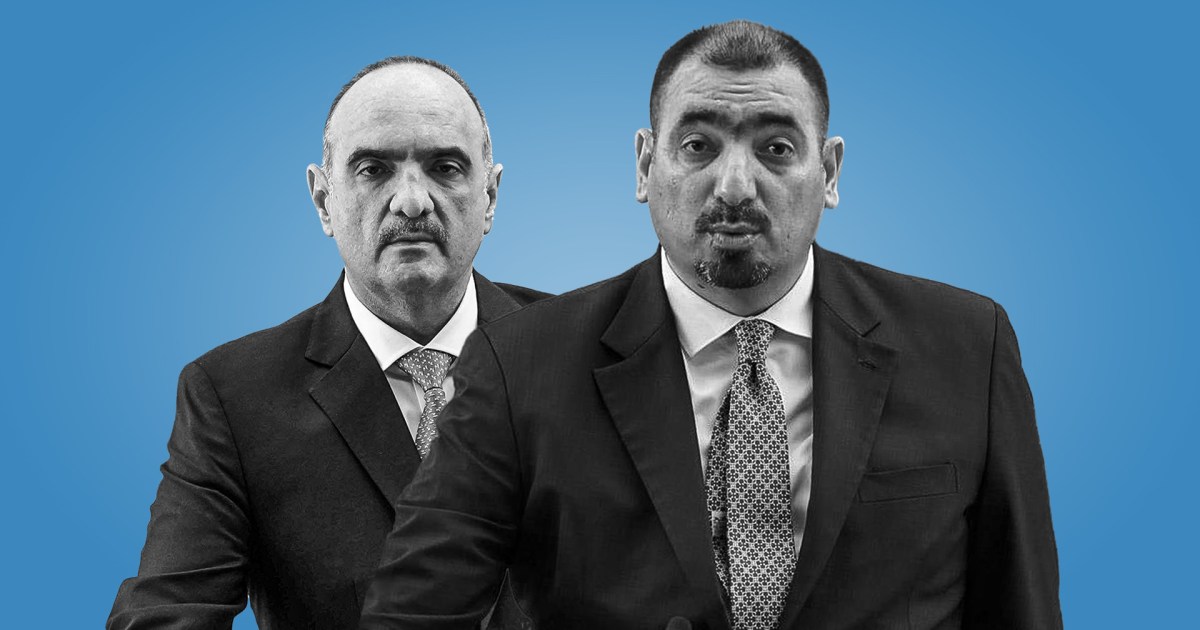 The eighth bulletin - your publication (12/12/2021) continued the news circulated by local communication platforms, and talked about the fact that the dispute between the two parties has reached the level of physical violence, which raised the ceiling of interactions and criticism through the hashtag (#Kaf_Al-Rayyis) between activists who deny the news altogether and in detail and consider it It is fabricated, and others see it as a mirror of what the atmosphere has become within the Jordanian government, as they put it.

The denial was not limited to a number of activists, as Jordanian media quoted Minister of State for Prime Minister Affairs Ibrahim Al-Jazi also denied the news, describing the issue - in radio statements - as trivial and not worthy of comment, as he put it.

The interactions bore contradictions, as the head of the Jordanian Organization for Change, Husam al-Abd al-Lat, tweeted, “After a dispute and a debate with Prime Minister Bishr al-Khasawneh, Minister of State for Prime Minister Affairs Dr. Ibrahim al-Jazi hit al-Khasawneh with a shroud, and al-Khasawneh responded to al-Jazi. Behavior, including with a fellow doctor at the University of Jordan, as well as with a doctoral student as well.

On the other hand, journalist Samir Al-Hiyari denied the matter, and wrote, "Oh, people unite God.. I called His Excellency Ibrahim Al-Jazi this afternoon, and he answered my phone, President Bisher Al-Khasawneh.. Things are honey over milk as it seemed to me, and the Council of Ministers discussed in its session today the source of the rumor We thank you, O Lord."

As for Omar Al-Zayoud, he wrote, "Prime Minister Bishr Al-Khasawneh hits Minister of State Ibrahim Al-Jazi (with a tambourine), and Al-Jazi responds to him (with a five-pointed palm). The son of Qaid, the battle of dignity, does not abandon his right and does not strike, O humans."

Mutassim Freihat asked, "What is the benefit gained for the homeland if the rumors about the Prime Minister receiving a slap is true? Who allowed this news to be leaked? What is the purpose of its leaking? .. This is what he claimed to be thinking about!!"

University professor Hassan Barari tweeted, "Happening in Jordan .. a prominent political figure throws a minister with an ashtray, and the latter responds by hitting his teacher in the palm of his face, saying that he does not remain silent about his right. I do not know how the mood of a prime minister reaches this point? For the government?"

Bassam Al-Jazi replied, "How easy it is to spread lies in my country! This is incorrect and did not happen, and I do not know for the benefit of whom it is spread and circulated?"