Vaccines against Covid-19 may lose effectiveness in the face of Omicron, but one more dose could remedy this. This is the conclusion &amp; nbsp; of Pfizer and BioNTech laboratories, which believe that the new variant is &amp; quot; probably not sufficiently neutralized after two doses &amp; quot ;. A third dose is therefore effective against Omicron. 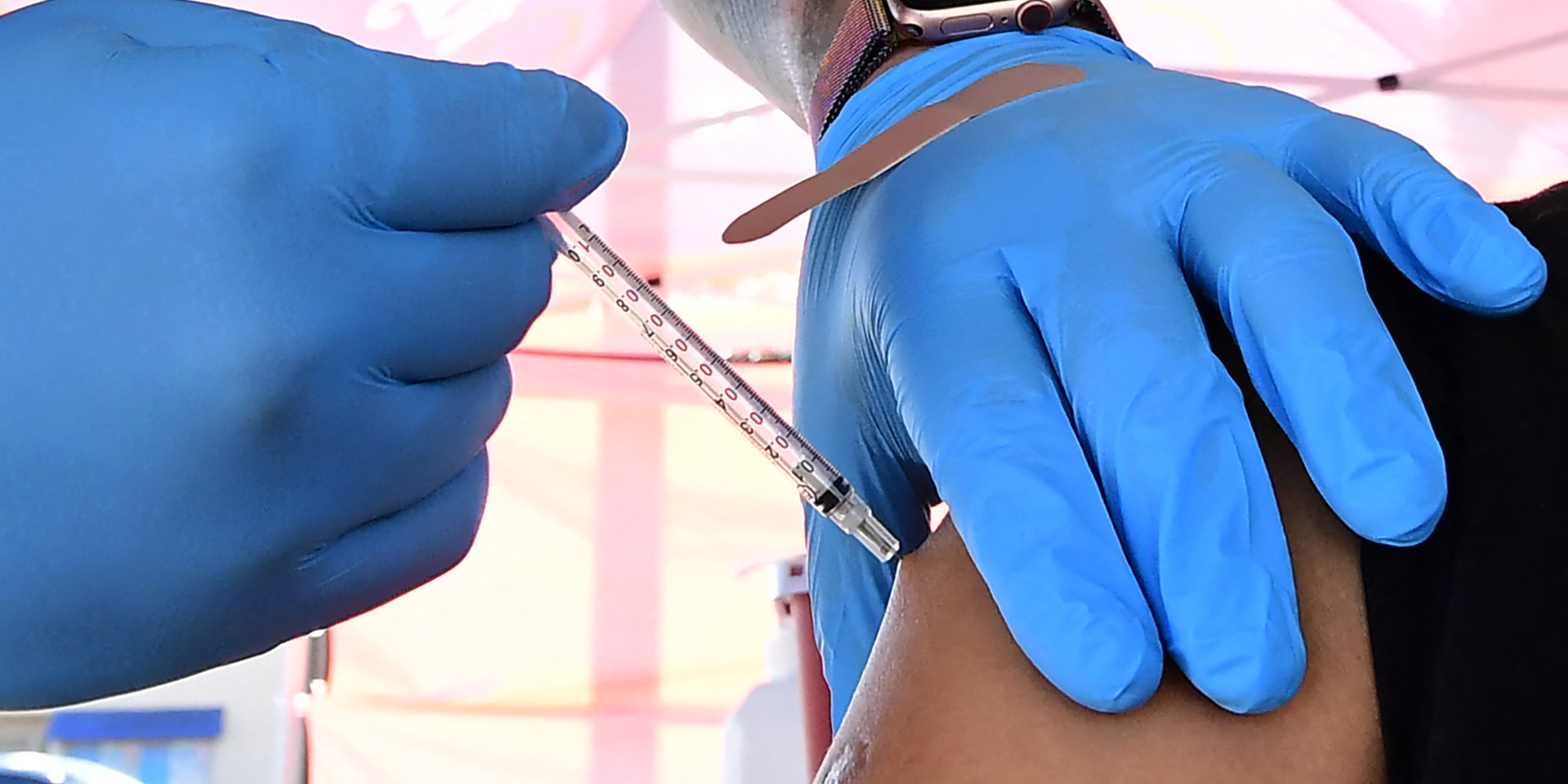 Vaccines against Covid-19 may lose effectiveness against Omicron, but one more dose could remedy this. This is the conclusion of the Pfizer and BioNTech laboratories, who believe that the new variant is "" probably not sufficiently neutralized after two doses. "A third dose is therefore effective against Omicron.

Vaccines against Covid-19 risk losing effectiveness against Omicron, but one more dose could remedy this.

Initial information, in particular provided by the Pfizer and BioNTech laboratories, sheds light on the capacity of the new variant to resist vaccination.

"Omicron is a variant that escapes antibodies much more," Ugur Sahin, CEO of German BioNTech, summed up Wednesday during a conference call.

This variant is therefore "probably not sufficiently neutralized after two doses", admitted Wednesday the groups Pfizer and BioNTech, whose vaccine against the Covid is given initially in two injections.

- Vaccination booster: why the government is pushing for the use of Moderna

A new version of the vaccine scheduled for March

But "the vaccine is still effective against Covid-19 (...) if it has been administered three times", they temper in a joint statement, on the basis of unpublished studies. The two groups are providing initial answers to the main concern over the Omicron variant, around ten days after it was spotted in South Africa. Will he bypass the vaccines? The majority of researchers consider this hypothesis probable, given the numerous mutations presented by Omicron.

Several vaccine manufacturers have already warned that they should certainly design a new version.

On Wednesday, Pfizer and BioNTech pledged to do so by March.

The two groups have indicated that they are already working on "developing a specific vaccine" for the Omicron variant, which could be available from "March 2022".

But they are reassuring about their current vaccine by ensuring that "a third dose provides a level of neutralizing antibodies against Omicron similar to that observed after two doses" for previous incarnations of the coronavirus.

Their studies have indeed measured in the laboratory the degree of antibodies produced against the new variant in vaccinated people. Reducing the waiting time between second and third dose could be "a good way to go" to increase the effectiveness of the vaccine, said Ugur Sahin, citing a delay of "three months", instead of five to six months . Pfizer and BioNTech also believe that two doses of their vaccine are still able to protect against the severe consequences of an infection with Omicron.

The two groups communicated these results soon after other similar work, but carried out independently, was made public.

The latter confirm the hypothesis of an Omicron variant very strongly resistant to the antibodies produced by vaccines.

"Omicron partly escapes the immunity conferred by the Pfizer vaccine," summarized Tuesday the Africa Health Research Institute (AHRI), a South African organization which sponsored one of these studies.

A booster dose of "necessary" vaccine

This one, which has yet to be reread independently, focused on a dozen people previously vaccinated with the Pfizer / BioNTech vaccine and testifies to a collapse in the level of effective antibodies against Omicron. At the same time, German researchers, who also tested the effectiveness of the Moderna vaccine, shared initial results in the same direction. These two works used "slightly different configurations of viruses and cells" but "their results converge," remarked on Twitter the German virologist Christian Drosten, who was not involved.

Christian Drosten, who spoke before the announcements of Pfizer and BioNTech, believes personally that the German and South African results prove that a booster dose of vaccine is "necessary". The two laboratories can only approve it since they praise the effectiveness of a third dose on the production of antibodies against Omicron. This is not necessarily contradictory with the South African study which finds that antibody immunity drops less in people who have not only been vaccinated but also infected with the coronavirus.

This could be equivalent to three doses of the vaccine, although great care must be taken at this stage as to the conclusions to be drawn from these laboratory studies.

Because the level of antibodies is only a very advanced indicator of the real effectiveness of the vaccine.

The body defends itself by other means including the "cellular" immunity conferred by T lymphocytes but more difficult to assess.

How effective is the vaccine against Omicron?

In addition, Pfizer's announcements give no idea of ​​the real effectiveness against Omicron of the booster doses already widely distributed in countries such as the United States, Israel or France, in the face of the gradual decline in effectiveness of the vaccines already observed before the appearance of the variant.

"We especially need data in real life to know what is really happening", admitted to AFP Willem Hanekom, director general of the AHRI.

"We will see if there is any change in the degree of protection conferred by the vaccines compared to the previous variants."