Restore the old menu of the Republic of China, a batch of "disappeared famous dishes" reappear in Yangcheng

Chinanews.com, Guangzhou, December 5 (Reporter Cheng Jingwei) "Cantonese Banquet in China-Disappearing Famous Dishes" event was held in the Guangzhou Museum Zhenhailou Square on the evening of the 4th. A batch of lost or very rare traditional Cantonese dishes returned to the public Vision.   The origin and history of Cantonese cuisine is very long, dating back to the Han Dynasty more than a tho 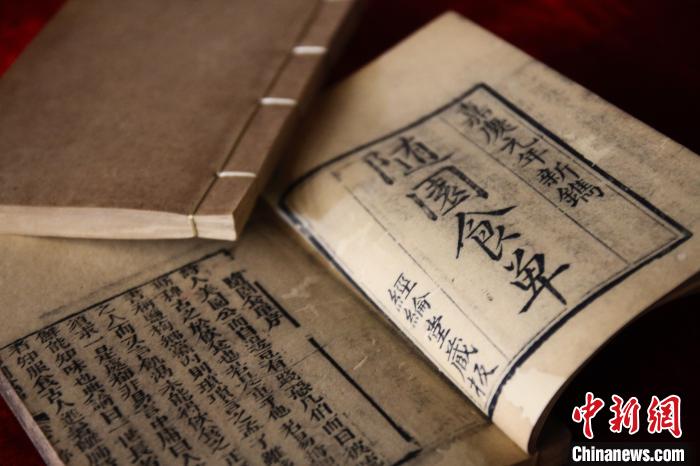 Chinanews.com, Guangzhou, December 5 (Reporter Cheng Jingwei) "Cantonese Banquet in China-Disappearing Famous Dishes" event was held in the Guangzhou Museum Zhenhailou Square on the evening of the 4th. A batch of lost or very rare traditional Cantonese dishes returned to the public Vision.

The origin and history of Cantonese cuisine is very long, dating back to the Han Dynasty more than a thousand years ago.

Since the Song Dynasty, the southward movement of the economic center and the southward spread of northern cooking skills, especially court skills, has enabled the gradual rise of cooking techniques in Guangdong, which has been able to compete with the cuisines of Shandong, Su, and Sichuan, and innovated many cooking techniques with local characteristics.

Extending to the Qing Dynasty, the eclectic Cantonese cuisine took the lead in the domestic catering industry at that time.

During the period of the Republic of China, Cantonese cuisine ushered in the golden age of development. The two major schools of Manchu-Han Banquet and Chentang flavor injected new vitality into it, and the reputation of "Food in Guangzhou" was established.

In recent years, the Guangzhou Museum has explored new methods and new paths for the activation and utilization of cultural relics. Relying on the menus and recipes of the Republic of China, it has joined hands with China Hotel The original site of the building launched the "Disappearing Famous Dishes" activity in the form of "Poetry Club + Cultural Food".

At the event site, through documentary exhibitions, creative team narration, etc., to show the audience the exquisite craftsmanship of this season's "famous dishes".

Among the "disappeared famous dishes" launched at this event, the "old-fashioned crispy glutinous rice chicken" originated from the craftsmanship of Cantonese chefs a hundred years ago. To ensure that it is intact, it is the most test of the chef's knife skills.

Another dish, "Green Willow Weeping Silk", is full of poetic and artistic flavor. It was very popular a hundred years ago. It uses the outer skirt of the adult turtle and is shredded together with the boneless turtle meat. It also reflects the exquisite skill of the knife. Pay attention to the skill of pushing and boiling the seafood soup and the temperature of frying, it is hard to find the trace in the market.

Although "partridge porridge" is called porridge, there is no grain of rice in it. Partridge porridge is used to remove the bones to get the meat into a puree. It is cooked like yam and bird's nest. It is one of the representatives of Cantonese "Kung Fu cuisine".

According to the chef of the China Hotel, "Partridge porridge" as a soup, together with the clear soup and mandarin ducks, is thick and light, and constitutes the basic regulation of traditional Cantonese banquets.

The "disappearing famous dishes" continue to explore in the aspects of restoration, innovation, improvement and remodeling. Among them, "Jinling Duck and Taro Corner", "Xishi Crab Meat Box" and "Jin Braised Wonton" and other cold meat before meals basically restore the tradition In practice, the duck taro fillet is filled with roast duck, which is fragrant and delicious. The crab box is small and exquisite, and the wonton is sweet and sour.

In addition, "White Sauce Kunlun Spot" is an improved and innovative work that meets the needs of the modern market. Kunlun Spot is grouper. It absorbs the method of making Kunlun abalone slices and replaces the traditional bamboo shoot slices with abalone slices and shiitake mushroom slices. Wait, neatly set back to the fish shape, the square inch shows the chef's subtle skills.