Described as one of the greatest poets that the Turkish language produced, he was accused of promoting communist ideology, and he clashed with the authorities that put him in prison and stripped him of his Turkish citizenship, and he was concerned with the issues of the Arab world. 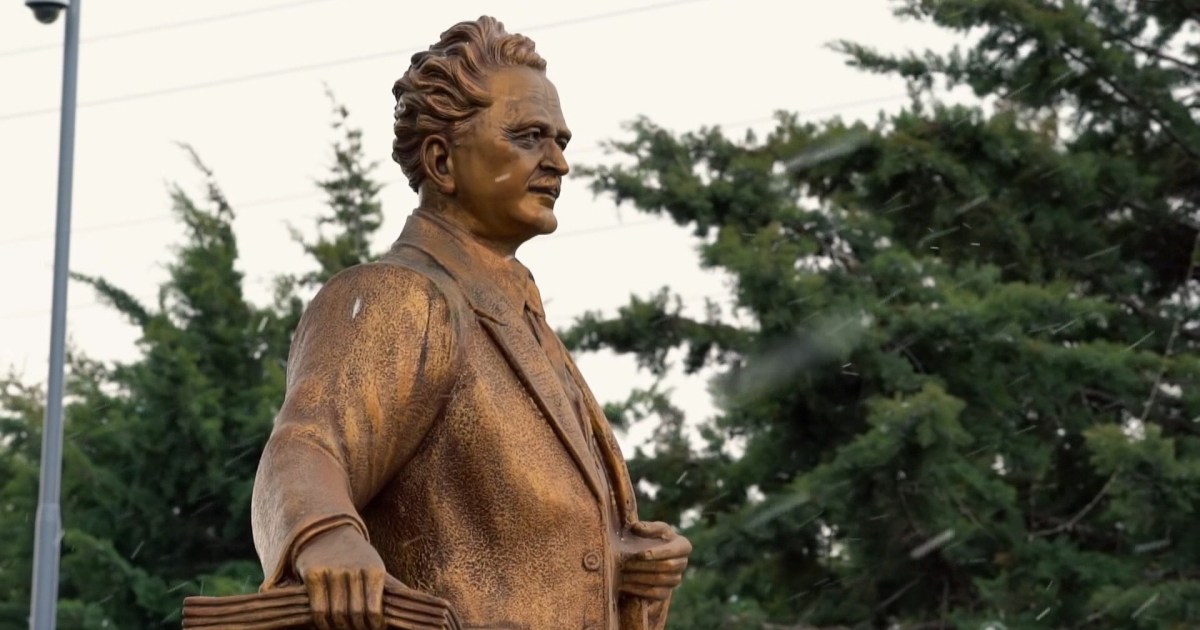 The Turkish poet Nazim Hikmet was born at the beginning of the 20th century at a time when the world and the Turkish state were undergoing major transformations. The queen of poetry was inspired by his father and painting by his mother.

He took an interest in the issues of his country and wrote the poem "Hagia Sophia", which describes the Ottoman conquest of Constantinople: This is the most honorable prospect of Islam:

Constantinople of the Romans, Istanbul became the Turks.

And as the heavens split, the young sultan of the Turks entered, the owner of the army that challenged the world.

In 1921 he traveled to the Soviet Union to receive his university education, which constituted a new ideological turn in his life towards communist thought.

The poet and translator Ahmed Zakaria confirms that the poet was affected by the technical situation in Moscow at the time, and after his return he found that matters of governance settled for Mustafa Kemal Ataturk, who was not in agreement with him, and from here began the stage of Nazim Hikmat the Communist in his clash with the authority.

Among the poems he wrote during that period: "Enough. We will not support the bourgeoisie until their pockets are full! It is not a national pact, but a class pact!"

According to the researcher in Turkish history, Ghamar Al-Husari, when the communist school appeared in Turkey, Nazim Hikmet was one of the first people who worked in secret in order to spread its ideas, so the state clashed with him.

Because of these ideas, several lawsuits were filed against the Turkish poet, as confirms Khaluk Ural, author of the book "The Journey of Nazim Hikmat", who also revealed that the poet's books were found in the lockers of some soldiers at the military school, and they tried him on charges of inciting the army to revolt.

According to the head of the Mehmet Akif Research Center in Ankara, Mehmet Doğan, the poet was taken to court several times and tried, and at the end of the thirties of the last century he was imprisoned for a long time, but his poems were spread outside the prison.

During his imprisonment, which extended for nearly 12 years, he was allowed to practice his hobby in drawing and writing, which enabled him to complete his poetic and literary works.

In prison, he began writing the poem "The Epic of Independence", which some critics considered a "bribe" in the hope of getting out of prison, while some denied that.

After his release from prison, Nazim Hikmat fled to the Soviet Union and his citizenship was withdrawn from him, but he was warmly received by the Soviet Union of Writers at the time, and he won the World Peace Prize there and wrote his poems denouncing the war and anti-nuclear weapons, after which he was accused of engaging in global communist propaganda.

According to the author of the book "The Journey of Nazim Hikmat", the Turkish poet opposed what one of the Russian poets said when he compared Joseph Stalin to the sun, and because of this situation, the poet's meeting with Stalin was canceled.

On the other hand, Nazim Hikmat was interested in the issues of the Arab world and wrote about the tripartite aggression against Egypt in 1956.

The Turkish poet died in Moscow in 1963, but his poems remained a subject of controversy until he was restored to consideration and Turkish citizenship in 2009.