Who is the man who used a fake silicone arm to avoid getting vaccinated? Guido Russo, the anti-vaccine dentist

"I need the vaccine to work." That is why Guido Russo, the only dentist suspended in Biella precisely because he had refused to be vaccinated, yesterday December 2 ... 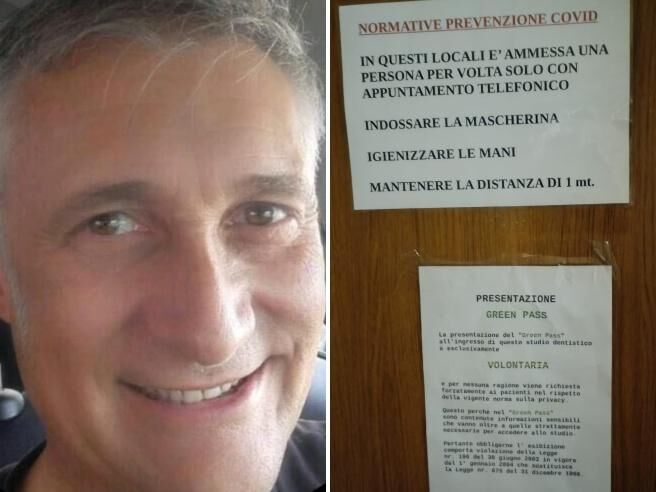 "I need the vaccine to work." That is why

Guido Russo, the only dentist suspended in Biella

precisely because he had refused to be vaccinated, yesterday December 2 decided to present himself with a silicone arm, which included the shoulder with the deltoid muscle in which to insert the needle, at the Vaccination Center Biverbanca de Biella. He had always refused to receive the vaccine and was therefore unable to care for patients. "Although we often saw him in the office," say some residents of the building on via Roma where this dentist has his practice.

, where he has not lived for at least two years, and where the house is uninhabited, Russo worked not only in his practice in the center of Biella but also in the mountains of Vallemosso.

"He was here on Tuesday," his colleagues specify.

Described as a particular person, but also playful and funny in the building, mostly made up of professionals such as lawyers and doctors, no one expected that the man could be the doctor who this Friday tried to use a fake arm to avoid getting vaccinated.

it was clear to everyone that he was against the vaccine

On the door of his office he had signaled with a sign that he had no intention of checking the green pass of patients.

, he had written in black and white, asking the patients themselves to put into practice all the precautions to prevent Covid.

A sympathy that some define almost brilliant.

"If it hadn't been for the fact that the gesture put the whole category in a bad state, it would also have been cute," say some residents of the building.

"But those things cannot be done during the pandemic."

To qualify him as nice, it was the same nurse he tried to fool. Calmly, serene and smiling, he showed the false member. With a smile on his face, not saying a word out of place. Once pinched, he tried to make the medic turn a blind eye. He also lifted his shirt and showed the limb.

He was probably the one who had spoken on Twitter, under a false name, about that absurd idea

. It was on November 24 when a certain

told on the social network about a silicone member that was sold on Amazon for just under 500 euros. The text of the tweet, which does not appear today, can still be found through search engines. He said, "If I go on with this, do you notice?

the Order of Physicians is also studying how to take action: "As soon as we have sufficient evidence to affirm that the person is him, we will request a disciplinary measure against him. What he has done is very serious, about all for a doctor who should have made science his reason for living ".

Covid-19 The sterile debate on mandatory vaccination in Spain

SATURATED NURSE Omicron symptoms: muscle pain, fatigue and headache, but no loss of taste or smell