Peter Lindbergh, the photographer who fell in love with Marta Ortega (and the top models) dazzles in La Coruña

'When I saw my photos in the exhibition mockup for the first time, I was freaked out, but also in a good way. It was overwhelming to face who I am like this &amp; raquo; said... 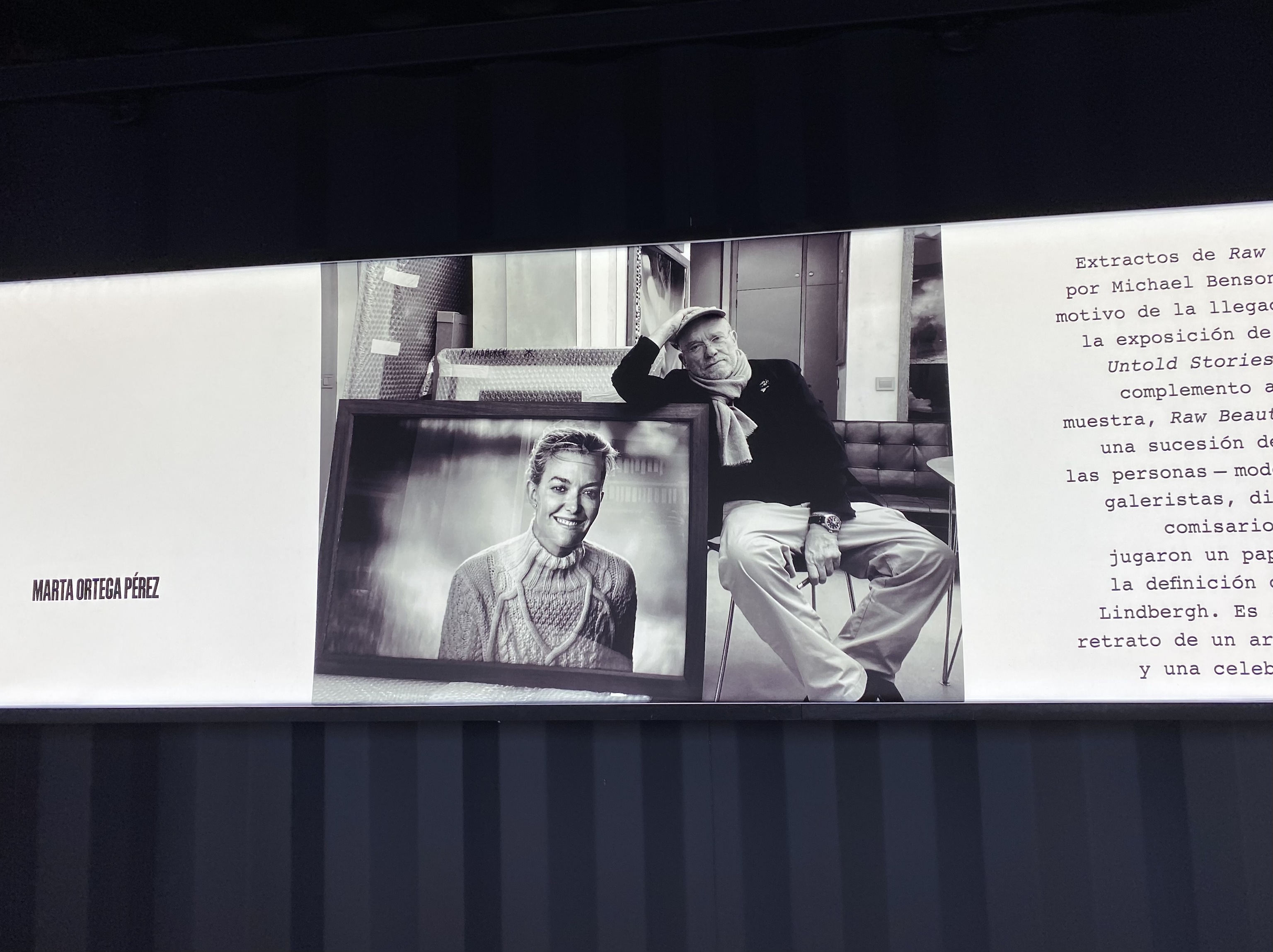 “When I saw my photos in the exhibition model for the first time, I was scared, but also in a good way.

It was overwhelming to face who I am like that ”said

regarding the self-curated 'Untold Stories' shortly before meeting death and missing the opening of the exhibition, which took place on June 5, 2020 at the

The same exhibition that opened yesterday at

the Battery Dock in the Port

with the presence of

one of the four children of the German photographer and director of the Foundation that bears his name, and the notorious absence -in the air, certain disappointment- of

first admirer and later friend and client (Lindbergh took her wedding photos, we could write an entire article about the display of power that this apparently harmless event entailed) of the artist, to whose endeavor this exhibition It owes a great deal to its materialization.

At the entrance of the exhibition, a portrait of Lindbergh himself with one of the photos he took of Marta Ortega.

to make and that puts into dance, like a good champagne when displayed on the bottom of the glass, all the complexity of a work that far exceeds the mere aesthetic experience.

“My father didn't like the word retrospective”, Benjamin Lindbergh himself explains to YO DONA, “because for him

were only for dead artists. Nor did he want to make an exhibition organized according to a chronological order. His idea was for each person to create their own story by watching it, that's why he called it 'Untold Stories' ”. All these images, Benjamin Lindbergh adds in perfect Spanish, “were very special photos for him. There are known ones and others almost unpublished. Looking back over 40 years of production, he also found images that he had forgotten and that he decided to include in the exhibition.

Among the resurrected, five with a special meaning for the son who today manages the immense legacy - more than 100,000 images - of Lindbergh. «These are some photos of Naomi Campbell that my father took in 2000 in Ibiza. I worked with him on that 'shooting' as an assistant. Suddenly he found them and said, 'I had completely forgotten about them, how wonderful.'

A part of Lindbergh, the photographer who was loved by the '90s top models and who thought that almost all fashion photographers were idiots, hated makeup and photo retouching - “You wouldn't believe the number of beautiful women that they have asked me to lengthen their legs or move their eyes. We live in a culture of madness ", she told

are paradigm - as when capturing an anonymous who 'happened to pass by' while he was taking a photo.

was not exactly anonymous;

Neither is a 'top model', but in any case they maintained a fairly close relationship that has been reflected not only in portraits of the now

, such as the one that the recently deceased designer

published to the Lindbergh's death and where the three are seen joking in front of the camera.

What prompted Marta Ortega to embark on the adventure of bringing this complex exhibition to La Coruña?

"When the show opened in

Marta went to see it and I think that's where the idea came from," explains Benjamin Lindbergh.

created for the occasion,

writes: “Before meeting him I was able to admire his work without thinking about him as a person.

Knowing him and understanding where all that magic came from was an even more fascinating revelation than his powerful and poetic images.

Those of the man who did exactly what he wanted with fashion photography.