Chinanews.com Bayannaoer, December 3, title: A herdsman in Inner Mongolia "raised" 16 Mongolian wild ass, a national first-class protected animal   China News Service reporter Zhang Linhu   "For so many years, I have feelings with these wild donkeys and have regarded them as part of the family." said Zhang Yongli, a herder from Bayin Ulansum, Urad Middle Banner, Bayannaoer City, Inner Mongolia 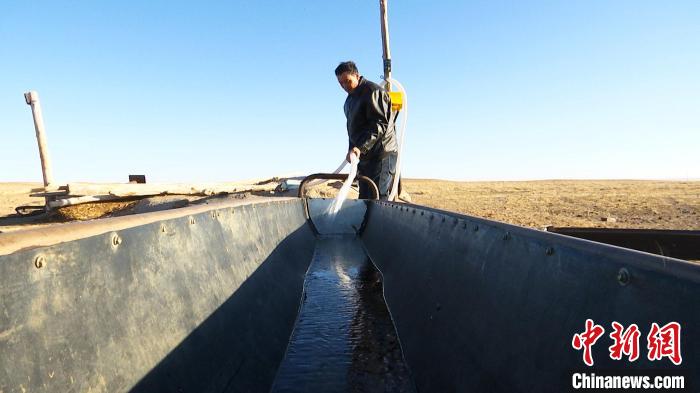 "For so many years, I have feelings with these wild donkeys and have regarded them as part of the family." said Zhang Yongli, a herder from Bayin Ulansum, Urad Middle Banner, Bayannaoer City, Inner Mongolia Autonomous Region on the 3rd.

In the Urad grassland in the winter, Zhang Yongli filled the tank with water quickly and sprinkled the fodder on the pasture. Obviously, this was not food for his own livestock.

Half an hour later, a group of gray-brown figures resembling mules appeared by the sink.

Zhang Yongli told reporters that this is a Mongolian wild donkey with 16 in total.

According to data, the Mongolian wild ass is distributed in Central Asia and West Asia. In my country, it is mainly distributed in Inner Mongolia, Gansu and Xinjiang. It is a first-class protected animal in my country and is listed as an endangered species by the World Conservation Union.

The Bayin Ulan Sumu, where Zhang Yongli’s family is located, belongs to the border grassland.

The picture shows a herd of Mongolian wild donkeys.

As early as 2016, Zhang Yongli accidentally discovered this group of Mongolian wild donkeys.

Several months passed, and because Zhang Yongli often prepared feed and water, the group of wild donkeys took root near his home.

"There were only 9 heads at the time, and now it has grown to 16." Zhang Yongli said.

Five years have passed, and every winter when food is scarce, these wild donkeys will "go home" and "share" the Urad grassland with Zhang Yongli's livestock.

Inner Mongolia is located in the northern borders of my country, with forests, grasslands, wetlands, lakes, deserts and other natural forms. It is the largest and most diverse ecological function zone in northern China, and has an extremely rich comprehensive biodiversity system.

Gai Zhiyi, former dean of the School of Humanities, Inner Mongolia Agricultural University, said that biodiversity is the foundation of sustainable development and a valuable asset of nature.

"Human protection of biodiversity can not only keep the ecological environment in balance and ensure the sustainable development of biological populations, but also through the research on wild animals and plants, the rational use of biological resources can meet the needs of all aspects of mankind." Gai Zhiyi said .

In recent years, Inner Mongolia has formulated and implemented a series of policies and measures to promote the construction of ecological civilization, carry out ecological protection and restoration, and promote the harmonious coexistence of man and nature. The quality and stability of the ecosystem in the region have been continuously improved. Flamingos, argali, and lynx A large number of rare wild animals such as, snow leopards, and original musk deer frequently appear in Inner Mongolia.

The reporter learned that by the end of 2020, Inner Mongolia had established 182 nature reserves of various levels and types, with a total area of ​​12,670,400 hectares, accounting for 10.71% of the land area of ​​Inner Mongolia.

The picture shows the photo of the Mongolian wild donkey mounted in the reserve and sent to Zhang Yongli.

According to Wei Zhiyong, director of the Hohhot Regional Center for Education for Sustainable Development of the United Nations, Inner Mongolia has a vast territory spanning the "Three Norths" and its ecological status is extremely important. Strengthening the protection of biodiversity is an important foundation for building an ecological civilization and a beautiful China.

"The protection of biodiversity cannot only rely on the efforts of the government, but also requires the participation of the public. Exploring and establishing a sustainable development path in which people and nature coexist in harmony can provide a source for the construction of this important ecological security barrier in northern China. Constant motivation." Wei Zhiyong said.