The bad weather conditions that the Egyptian governorate of Alexandria has been subjected to since yesterday, Wednesday, have caused the flooding of parts of the Engineers Club overlooking the sea. 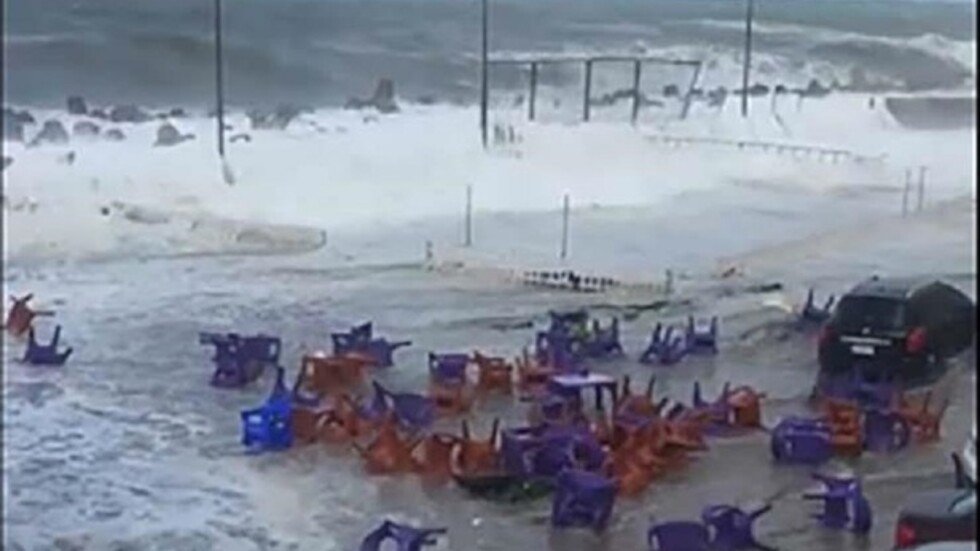 The bad weather conditions that have affected the Egyptian governorate of Alexandria since yesterday, Wednesday, caused the flooding of parts of the Engineers Club overlooking the sea.

The water resulting from the rise of the sea waves reached the area of ​​the parking lot, the outdoor lounge and some offices overlooking the sea side of the club, after its intensity exceeded the breakwaters set up to protect the club.

In videos circulating from inside the Engineers Club in Alexandria, it appears the moment the waves exit the rocky barriers, sweeping away dozens of seats that were placed for the members of the flute near the beach, leading to the sinking of the car park and the club’s corridors in what some described as “tsunami-like” waves.

It is noteworthy that the Engineers Marine Club in Alexandria was submerged by waves and rain twice in early 2018, which caused damage to the club.

Parts of the Alexandria Corniche were damaged yesterday, Wednesday, due to the sea waves rising to about 5 meters, coinciding with the arrival of Nawat Qassem, in the areas of Loran, Customs, Max and Montazah.