The outcome of the Vienna negotiations on Iran's nuclear... Is there any hope of reaching an agreement that satisfies all parties?

The Director of the International Peace Institute and expert on Iran, Heinz Garten, said that the European Union fears the failure of the negotiations on the Iranian nuclear deal, because this affects the reputation of the Union and puts it at risk. 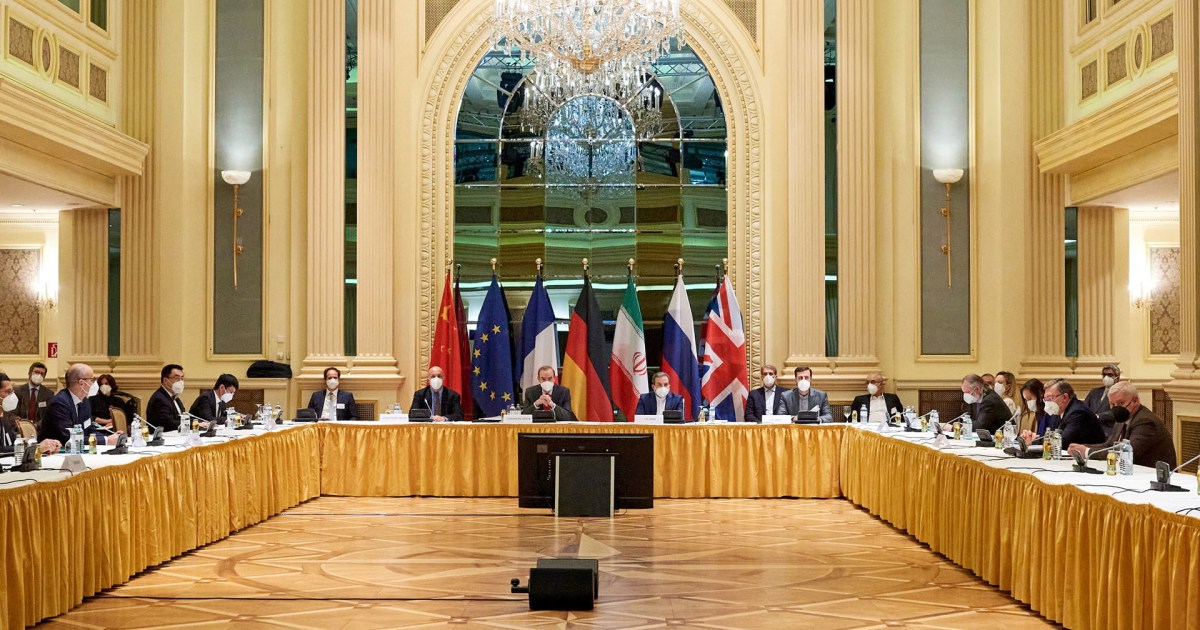 Garten added - in an interview with "Beyond the News" program (1/7/2021) - that they are giving warnings for fear that their reputation will be affected in the event of the failure of the talks, expressing his fear that Iran will develop nuclear weapons in a secret way, in this case.

He considered that not signing the Additional Protocol would affect all countries in the region, as well as European countries and Israel that might consider a military strike on Tehran.

For his part, Hassan Ahmadian, Professor of Middle East Studies at the University of Tehran, said that there are different visions about the outcome of the nuclear agreement negotiations. There is an official view that says that many obstacles have been overcome, and now it is time to look at how America deals with this progress, and is it ready to back down. about its pressure on Iran?

On the other hand - and speaking to Ahmadian - there is the Russian side, which is optimistic about the progress made in the negotiations, especially since there is talk in Iran about canceling the most important sanctions, the most important of which bears the number 1040, but the issue that keeps matters hanging is the issue of guarantees.

On the other hand, Gary Seymour, the White House coordinator for non-proliferation of weapons of mass destruction under President Obama, said that the negotiations have made a great deal of progress, especially after determining the sanctions that Washington is lifting, and the steps that Iran must take in order to be able to return to its nuclear activities.

However, he considered that over the previous rounds, the two sides differed on fundamental political issues. America wanted Iran to accept continuing the negotiations, while Tehran wanted to provide guarantees assuring it that Washington would not withdraw from the agreement again.

It is reported that, in the midst of a controversy over the fate of the Vienna negotiations on reviving the nuclear agreement, Russian Foreign Ministry spokeswoman Maria Zakharova confirmed her hope for the resumption of the nuclear agreement itself, by the 14th of this month, the sixth anniversary of its signing.

Zakharova confirmed that there had been significant progress made in the Vienna talks, but she added that she accused the administration of US President Joe Biden of not taking practical steps that confirm its desire to reverse the policy of its predecessor.