Lin Mei chats to the Northeast | Must go to Heihe to watch Russian-style skewers vs. Northeast BBQ

December 1 is a good day. Heihe continued for 14 days with zero new confirmed cases, and began to gradually unblock it and resume work in batches; China News Agency’s report team to Heihe also quarantined for 14 days, officially "lifted the ban," and can start work again! The picture shows the front report team of China News Service in Heihe.   When it became the eye of the pandemic, this comp 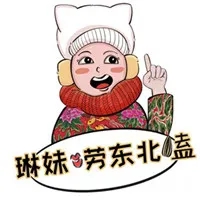 December 1 is a good day.

Heihe continued for 14 days with zero new confirmed cases, and began to gradually unblock it and resume work in batches; China News Agency’s report team to Heihe also quarantined for 14 days, officially "lifted the ban," and can start work again!

The picture shows the front report team of China News Service in Heihe.

When it became the eye of the pandemic, this company tweeted "Heihe!

There is no river that cannot be crossed...".

After more than a month of arduous fighting and epidemic, Heihe crossed the mountains and waded across the river.

Today, let’s call the unblocked Heihe together to talk about the beauty, food and beauty here. You can see the collision of "Northeast flavor" and "European style" in this border city in northeast China. What kind of spark did it make...

"There is no river that cannot be crossed",

But there are endless good days.

The Heihe River, which is next to the Heilongjiang River, the border river between China and Russia, is named after the river.

This city with a resident population of approximately 1.286 million was "quiet" due to the sudden outbreak of the epidemic and "moved" due to the victory of the war.

On December 1, the first batch of industry units resumed work and production, and people returned to the good days of "somewhat busy".

Provided by the Propaganda Department of Nenjiang Municipal Party Committee

The picture shows the grain piles harvested in autumn in the Jiu San Reclamation Area.

Provided by the Propaganda Department of Nenjiang Municipal Party Committee

The confidence of a good day is "full of grains". The plow of the Great Northern Wilderness to open up the land and cultivate the famous Jiu San Reclamation Area. "Nenjiang Wheat", "Wudalianchi Soybean" and "Aihui Alpine Rice" are also well-known throughout the country; The confidence is "full of treasures". Xunke, the "Hometown of Agate", is rich in "reddish" gems. It is possible to pick up a few pieces and go home by strolling along the water or in the wild.

Provided by the Propaganda Department of Xunke County Party Committee

The confidence of a good day is "a tank full of fish." Frost flowers and rime are the winter wonders of Wudalianchi Scenic Area. There is also a gurgling spring of "one of the world's three largest cold mineral springs".

The picture shows the winter catch of mineral fish in Wudalianchi Scenic Area.

The fish grown up "drink mineral water" is fresh and tender, not fishy or soiled.

The fishermen smashed ice to catch the delicacy of the "king of Chinese freshwater fish", and set a table of "mineral food banquet" with mineral tofu, mineral beer, and mineral duck eggs.

This is more than the Northeast big waist.

The phrase "coming, brother" made Heihe's big waist out of the circle, and the big-faced and loud "yaozi sister" yelled out the true meaning of a small northeast barbecue.

However, Heihe has more than just big waists.

Maria’s spoon cake is rich in milk, the soy ice cream is full of bean flavor, and the sea buckthorn juice from Sunwu County is rich in nutrients... Eating food from the black land, and then watching a humorous, high-pitched Bei’an duo to experience the northeastern “cat” winter".

The picture shows the large-fruited sea-buckthorn, a geographical indication product of Sunwu County.

Provided by the Publicity Department of Sunwu County Party Committee

The picture shows Bei'an Errenzhuan, which is compatible with folk dance and traditional martial arts.

Provided by the Publicity Department of Bei'an Municipal Party Committee

The extreme cold ice and snow resources, which are representative of Northeast China, have been brought into full play in Heihe.

The annual icing period is 209 days, and the minimum temperature is -40℃. The local area uses this as the longboard to build the first choice for cold test runs, which concentrates 80% of China's cold test runs.

As a "testing ground that can be closed and managed", Honghe Valley is among the first batch of resumption lists, and more than 170 car companies are waiting here for test runs.

The picture shows a car company testing at the test track in the Red River Valley of Heihe.

Speaking of Heihe, I have to say that Aihui District, the center of the previous epidemic storm, has the same pronunciation as "Aihui" in the ancient name of Heihe City.

Heihe is one municipal area, but it includes 25 ethnic minorities including Man, Hui, Daur, Russia, and Oroqen.

Provided by the Propaganda Department of Aihui District Committee

In 2021, it has been 68 years since the Oroqen people descended and settled down the mountain. The new Oroqen ethnic township is still ancient and simple. The people of the Oroqen ethnic group greet visitors from afar with sweet and sweet wine to show off the enthusiasm and broad-mindedness of the ethnic minorities in the north.

Provided by the Propaganda Department of Aihui District Committee

There are more than just Russian girls

The city style of Blagoveshchensk on the other side of Heilongjiang is visible to the naked eye, where Chinese and Russian cultures intersect and blend.

The picture shows the night view of the Sino-Russian Heilongjiang Bridge.

The picture shows a beautiful Russian girl in the Russian-style town of Heihe.

Let’s pass a paragraph in Heihe: A local swimming pool is a barometer of Russia’s economic situation.

When the ruble increases in value, Russian women cross the border to play, and the swimming pool is their favorite place.

The Russian women have good looks and good looks, and the Heihe women silently withdrew from the swimming pool after watching.

When the ruble depreciated, the Russian women could not afford to come over for a swim. They withdrew from the museum and the Heihe women came back!

Even the famous Northeast dish Baobao is compatible with the sweet and sour taste that the Russians love.

The onion-topped Russian architecture on the street and Russian handsome men and beauties often make people feel in a foreign country in Heihe, and it is hard to say whether the local cuisine is "more Russian" or "more northeast".

The picture shows the big Russian skewers sold in Heihe.

In the early morning of December 1, Lao Liu’s fresh food supermarket opened the shutter door, and Lao Wang scanned the code and walked into Lao Liu’s supermarket to purchase; after Xiao Li’s barber shop was killed, he "cleaned" and waited for the guests. Li recovered the inch for himself... The bus started, the train left the station, the plane set sail, carrying Zhao Qian, Sun Li, Zhou Wu and Zheng Wang, people from Heihe with a northeast accent, sang a few words "Kiss Heihe" and hummed a section of "Heihe" Katyusha.

The picture shows a panoramic view of Heihe.

December in Heihe is the end of the year,

But it is also a prelude to striding forward next year,

When are you going to come to Heihe for a stroll?

This place must be visited once in a lifetime.

Otherwise it's too bad...