The number of HIV infections in China exceeds 1.05 million. These two groups are worthy of attention!

Chinanews client, Beijing, December 1st (Reporter Zhang Ni) December 1st is World AIDS Day. This year, it has been 40 years since the first report of AIDS cases in the world in 1981, but the disease is still prevalent in human society.   Statistics show that by the end of 2020, more than 1.05 million people in China had been infected with HIV. At the same time, the proportion of infections in s 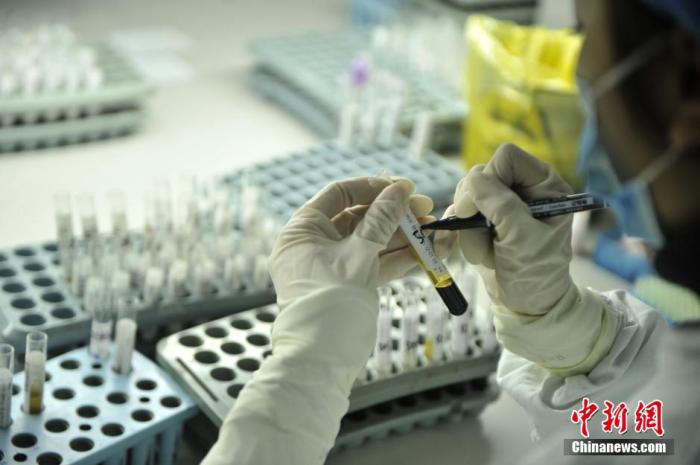 This year, it has been 40 years since the first report of AIDS cases in the world in 1981, but the disease is still prevalent in human society.

Statistics show that by the end of 2020, more than 1.05 million people in China had been infected with HIV. At the same time, the proportion of infections in some populations has also increased significantly.

The number of people living with HIV in China exceeds 1.05 million

Recently, the Chinese Center for Disease Control and Prevention released the "China Centers for Disease Control and Prevention Weekly", published 4 studies on AIDS, in the article "my country's HIV/AIDS Epidemiology Research Progress", as of the end of 2020, a total of 1.053 million people have been infected in China. HIV, a total of 351,000 deaths have been reported.

In China, the number of newly discovered HIV infections, delays in diagnosis, and HIV risk among major populations continue to rise.

Men who have sex with men are the highest risk group for HIV infection.

These two groups must arouse attention!

——The proportion of patients aged 50 and above has risen

According to data from an article published earlier by the China Center for Disease Control and Prevention, among the newly reported HIV infections and patients in my country each year, the proportion of patients aged 50 and above has risen significantly, from 22% 10 years ago in 2011. 44% by 2020.

At the same time, comparing several provinces where the AIDS epidemic first began, among the newly reported HIV infections and patients in 2020, the provinces with the highest proportion of patients aged 50 and above accounted for more than 60%.

These data suggest that the situation of middle-aged and elderly people infected with AIDS in recent years is not optimistic, and it has gradually attracted the attention of relevant departments.

According to the article, from the perspective of the increasing risk of HIV infection among the elderly, attention should be paid to the emotional life of the elderly, so that family and relatives can alleviate loneliness, so that the elderly will no longer blindly seek stimulation and put themselves at risk.

At the same time, it is necessary to promote safer sex behaviors for the elderly to avoid AIDS to the greatest extent.

Just recently, the China Youth AIDS Prevention and Education Project Office and the Beijing Qing Ai Education Foundation released a white paper report on the "Qing Ai Project "Exploration and Practice of a Social Vaccine for Sex Education and Prevention of AIDS".

According to the analysis of the report, young students are currently at a high risk of HIV infection.

Data show that in 2020, nearly 3,000 cases of young students aged 15-24 are newly reported nationwide, with sexual transmission accounting for 98.6%.

The Honorary Director-General of the World Health Organization, Margaret Chan, recently emphasized that in recent years, about 3,000 young students aged 15-24 have been newly reported to be infected with HIV every year, and most of them have been infected through unprotected sex. Become the most important group in China's AIDS prevention and control work.

How much do you know about AIDS?

——What is the difference between people living with HIV and AIDS patients?

AIDS patients: After being infected with HIV, after a period of time, the condition has developed to the onset stage, and AIDS-related indicated diseases appear.

the spread of AIDS, which has several?

——What are the stages of the development of AIDS?

The acute infection period (2-4 weeks after being infected with AIDS) can be manifested as low-grade fever, skin rash, lymphadenopathy, etc., but because there are no specific symptoms or signs, it is often ignored.

During the AIDS period, the virus replicates in the body for a long time, and CD4 cells gradually decline, leading to various opportunistic infections and tumors in the human body.

after infection with HIV, what are the specific symptoms do?

After being infected with HIV, about 50% of infected people will have fever, diarrhea and other symptoms similar to colds and gastrointestinal infections in the acute stage. There are no specific symptoms, so they will be ignored or treated as colds.

Some netizens are concerned about the symptoms or signs of body itching, red spots, white spots on the lips, dark spots, acne, and watery stools, but they are not the basis for judging whether they are infected with AIDS.

If you have related health concerns, it is recommended to immediately seek AIDS counseling and testing services at local CDCs, hospitals and other institutions.

-Can AIDS be completely cured?

There is currently no cure for AIDS.

However, antiviral therapy can be used to control the development of the disease and improve the quality of life.

After HIV enters the human body, it will form a virus reservoir in the body, such as lurking in the brain, bone marrow cells, testis, intestinal lymph node cells, and the antiviral drugs we are currently using in the clinic are difficult to clear the virus in the reservoir. .

However, the current antiretroviral drugs for AIDS can well help the infected person to control their condition. The important thing is early detection, early detection and early treatment to prolong life and improve the quality of life.