Joséphine Baker the Venus, the resistant, the indebted: Stéphane Bern tells his story

On the occasion of Joséphine Baker's entry into the Panthéon, Stéphane Bern paints the portrait of a naturalized Frenchwoman with a totally exceptional history. Poverty, ascension, war, life in a castle, fall, rebirth: the future immortal has known it all. And who better than Stéphane Bern to tell about such an extraordinary life. 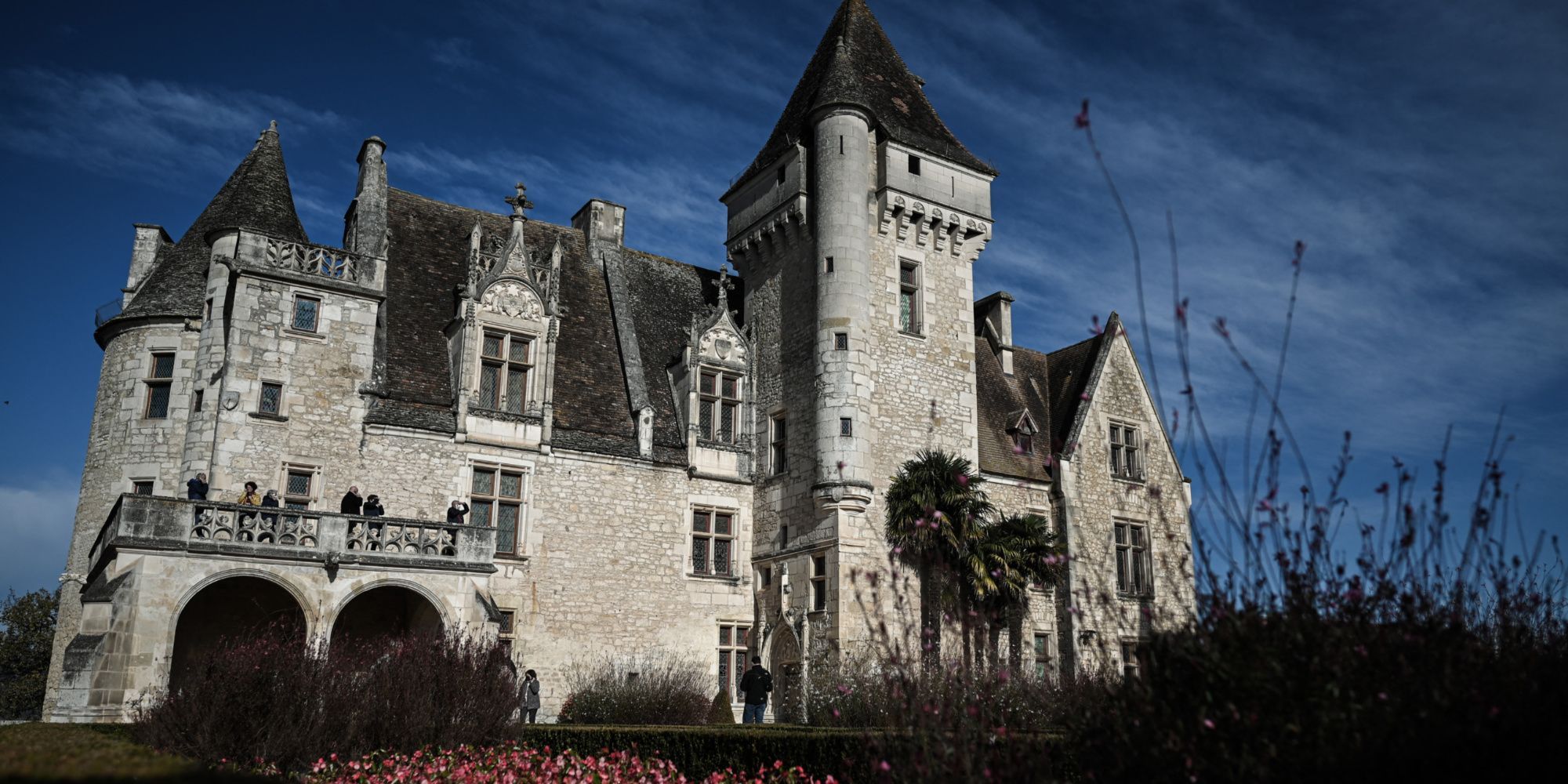 On the occasion of Joséphine Baker's entry into the Pantheon, Stéphane Bern paints the portrait of a naturalized Frenchwoman with a totally exceptional history. Poverty, ascension, war, life in a castle, fall, rebirth: the future immortal has known it all. And who better than Stéphane Bern to tell about such an extraordinary life.

Joséphine Baker becomes the first black woman to enter the Pantheon on Tuesday.

Obviously, she has done so much for France.

The American artist, singer, dancer, actress, was also resistant during the Second World War and a symbol of the struggle for equality throughout his life.

Having become French following her marriage to Jean Lion, Joséphine Baker had a life of incredible wealth, with also some setbacks, such as the loss of her beloved castle of Milandes, in Dordogne, as a result of numerous debts.

Here is the story of his story, told by Stéphane Bern.

We don't really imagine her as a lady of the manor, Joséphine Baker, and yet: from 1937 to 1969, it was indeed there in Périgord, at the Château des Milandes, in the town of Castelnaud-la-Chapelle, that she raised this famous rainbow family that we had already spoken to this microphone, this tribe of children of all origins, adopted with her husband, the conductor Jo Bouillon. Joséphine Baker is spending happy days in this splendid Renaissance building which has dominated the Dordogne for more than five centuries, full of laughter and children ... This house that she has, over the years, completely redesigned to also accommodate her friends , and sometimes the whole village as when she invites the children of Castelnaud to celebrate Christmas, around a huge Christmas tree.

Pantheonization of Josephine Baker: the pride and emotion of her adopted daughter

This castle, Joséphine Baker wanted to make of it that of a fairy tale, a tale of which she was the benevolent queen.

And after all, why not ?

The one who now becomes the sixth woman to enter the Pantheon was indeed a queen!

Not by birth, but by this extraordinary life that France celebrates today.

A queen, yes, and even three times.

Queen of the stage first.

And god knows she fought for that place.

She who was born Freda Josephine McDonald, far from the Parisian scenes, was born in 1906, in Saint-Louis, Missouri.

She who does not know who her father is and who grew up as best she could with her mother, her brother and her two sisters.

But little Josephine has talent in her skin.

She dances, she sings, she sweats the joy of living and, at the age of 14, she is there to seize her chance when she replaces a dancer from the Saint-Louis ballet, where she works as a seamstress.

The rest is meteoric: after Saint-Louis, we find it in Chicago.

After Chicago, it's Broadway!

And at 18, it's the Grail: here is Joséphine on the other side of the Atlantic, in Paris, in the middle of the Roaring Twenties!

We are in 1925, it is the time of the "Black Venus", the one which ignites the boards while dancing the Charleston dressed in a simple loincloth which also serves to mock the received ideas of this France of the colonies which certainly, does not practice segregation on its soil as in the United States, but which hardly shies away from the worst racial clichés.

>> The famous castle of Milandes, in Dordogne:

From the Théâtre des Champs-Elysées, Joséphine Baker goes to the Folies Bergères where her tame cheetah provokes some shivers in the audience, half terrorized, half fascinated by the dances of Josephine Baker, by this physique too, slender and fine, which exhilarates the audience. cubist painters. The following year, it was the Casino de Paris and this absolute hit, "J'ai deux amours", which ensured the affection of the French for ever. This love at first sight, she would talk about it again later, in a speech she gave in 1954: "I knew, on that hazy day, when the liner left the port of New York, that I would find the sun when I arrived in France (…) Here I feel free and happy to live and, when we find absolute and complete happiness, we can say with conviction: this is my country ”.

Joséphine Baker the spy, the resistant

Queen of the scene, then, queen of espionage, when the dark years follow the Roaring Twenties!

Naturalized French in 1937 after her short-lived marriage to the industrialist Jean Lion, Joséphine Baker was approached at the start of the war by the French counter-espionage services.

In 1939, she went to the front and sang for the soldiers during the Funny War.

In Paris, Baker multiplies the concerts, distributes food and clothes to those who have nothing.

After the defeat of 1940, Joséphine did not hesitate for a moment and joined forces with Free France.

She has the ideal profile: she's a star who spends her life hanging out with personalities, diplomats and officials.

So at each tour, at each gala, from Marrakech to Cairo, from Beirut to Damascus, Joséphine listens, listens and transmits to London the information she manages to capture.

It's courageous, risky, and sometimes incredible, as in Lisbon, when she hides in her bra a microfilm stuffed with the names of Nazi spies.

The one who now joins the Pantheon takes place among her resistant peers such as Jean Moulin, René Cassin, Pierre Brossolette or Germaine Tillion.

>> Part of Joséphine Baker's life is told at the Château des Milandes:

Queen of the stage, queen of espionage, Josephine Baker was also, all her life and with all her soul, a queen committed against this racism that she knew well, she, the little girl born in an America where blacks were not allowed to study in the same schools or drink from the same taps as whites, this America where white children's parks were forbidden to dogs and people of color.

Baker got involved in France with the Red Cross;

in the United States alongside Martin Luther King.

On August 28, 1963, in Washington, she is next to the pastor, in front of the Lincoln Memorial, when he pronounces his famous "I have a dream".

And when she speaks that day, it is in her uniform, that of the French Air Force, with its decorations: medal of the resistance, cross of war and legion of honor - this legion of honor. honor she received at the Château des Milandes, at her home, in 1961.

That terrible day when she lost her Milandes castle

But fairy tales are sometimes cruel: no one knows it yet, but Josephine Baker is on the verge of losing everything, starting with her castle. A tenant for ten years, Joséphine Baker ended up buying the Milandes in 1947 with her husband, the composer Jo Bouillon. The couple shared an ambition, a dream: to make this home a refuge, a haven of peace, a safe place where no one would judge anyone on their skin color or their beliefs ...

The family lived there happy days during all these years. But now, Josephine Baker has thought too big and has never looked at the expense! Little by little, without her realizing it, she swallowed up all her fortune there, deceived by dishonest people who took advantage of her. Her divorce in 1957 did not help, but Joséphine worked hard to give life to this Village du Monde of which she was dreaming. In 1964, riddled with debt, Baker announced the sale of the castle which was barely postponed thanks to the intervention of Brigitte Bardot, upset by Josephine's call for help. The reprieve is short-lived! In 1968, the Milandes are sold for a pittance.

When she returns from a tour, Josephine Baker finds the door closed and ends up barricading herself in the kitchen.

But the new owner has her evicted from the castle under particularly brutal conditions.

Ruined, Joséphine Baker can happily count on her friends: Jean-Claude Brialy first, who shelters her in Paris, then Grace of Monaco who welcomes her for several years on the Rock.

Beating as she always has been, Joséphine Baker multiplies the galas in Paris, Belgrade, London or New York.

The return to the front of the stage ... until exhaustion

By dint of hard work and relentlessness, she returns to the front of the stage more loved than ever. In March 1975, for her fifty-year career, she began a series of shows in Bobino, where she had a full house every night. But she's exhausted. On April 9, after 14 performances, Joséphine Baker returned to her Parisian apartment where she suddenly collapsed, the victim of a stroke. Urgently transported to the hospital, the star will never come out of a coma. On April 12, at age 68, Josephine Baker passed away.

We then buried the first black icon of the French scene in the marine cemetery of Monaco, where his body has since rested.

And will always rest, since in the Pantheon only her name will be present on a cenotaph, a coffin that contains only soil from the four symbolic places where Josephine Baker spent most of her life: St-Louis, Paris, Monaco and obviously the Milandes and its Castle in the Dordogne where his memory is forever present to him.