Joséphine Baker: visit the Milandes castle, its refuge and much more than that

Josephine Baker will be the sixth woman to enter the Pantheon this Tuesday. On this occasion, Europe 1 makes you discover the castle of Milandes, a symbolic place if there is one in the history of Josephine Baker. Her refuge, and also the reflection of her struggles. &amp; Nbsp; It is her "Village of the World, the capital of fraternity", as she said. &amp; Nbsp; 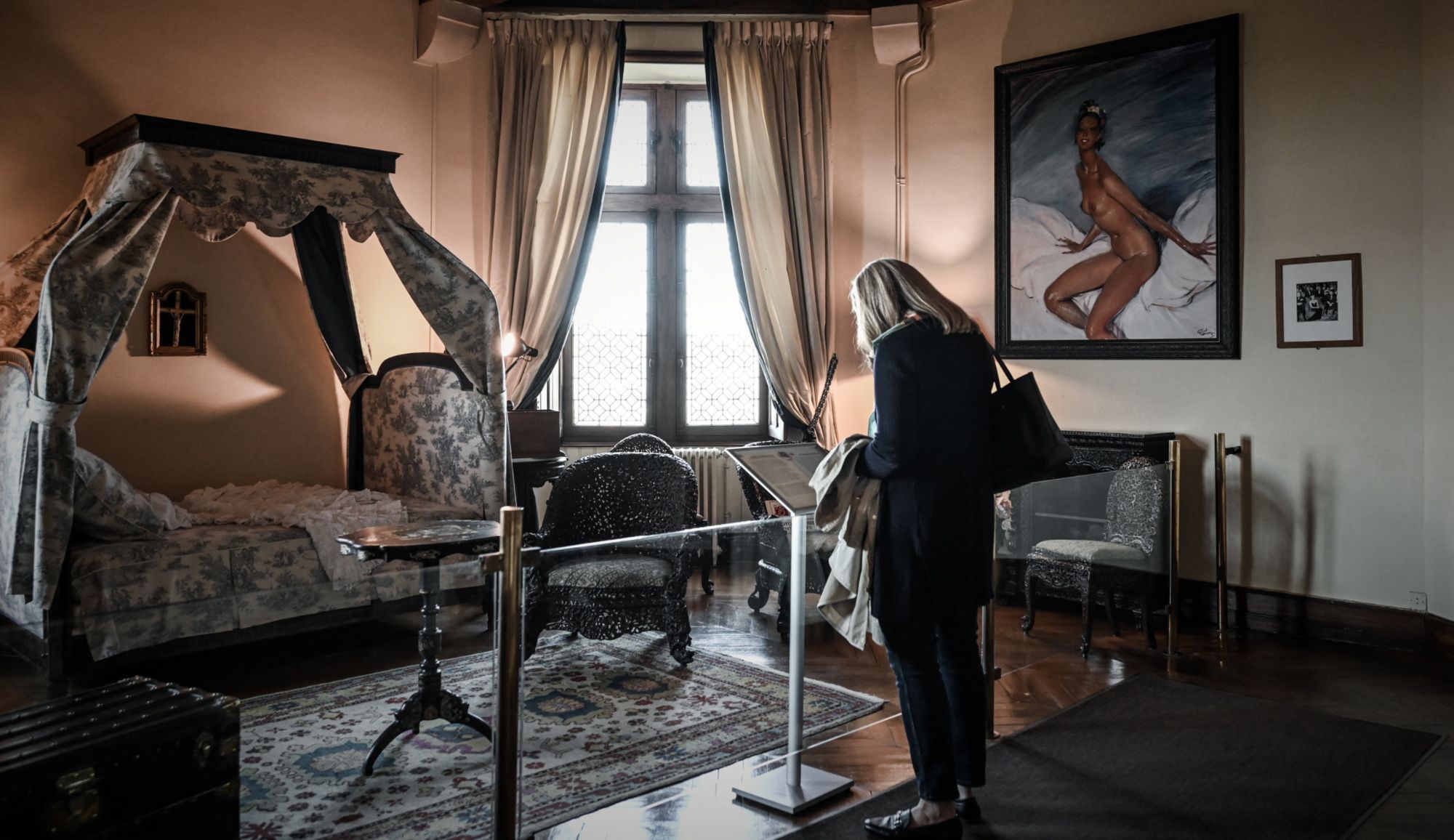 Josephine Baker will be the sixth woman to enter the Pantheon on Tuesday. On this occasion, Europe 1 makes you discover the Milandes castle, a symbolic place if there is one in the history of Josephine Baker. His refuge, and also the reflection of his struggles. It is her "Village of the World, the capital of fraternity", as she said.

Direction Dordogne this morning, in the footsteps of Joséphine Baker, who will be the sixth woman to enter the Pantheon on Tuesday. One can wonder how Joséphine Baker, born in Missouri, who took off her career with her "Revue Nègre" in Paris, ended up in Dordogne? Quite simply thanks to his crush for this Périgord Noir, and more particularly for the Château des Milandes. It was François 1er de Caumont who had it built for his wife in the 15th century, just above the Dordogne, in the middle of the woods. Mi moors. Hence its name. And it is precisely this location that appeals to Joséphine. She bought it in 1947, at the end of the war. It is his refuge, far from the hectic life and the glitter of Paris. It should not be forgotten that she came from a poor background and that she had suffered from segregation.And here in Castelnaud-la-Chapelle she is in the midst of simple, real people.

A very symbolic Milandes castle in the story of Josephine Baker.

It is the place of crystallization of its family and civic utopias.

Les Milandes is first and foremost his loving home, that of a mother.

She married Jo Bouillon, the conductor, in the chapel in 1947. They will make it the home of their "Rainbow Tribe" as she called it: she had adopted 12 children, of nationalities and different denominations.

Department of a thousand and one castles.

And in the daily life of this family, there is a centerpiece, it is the kitchen. A room where everyone meets and in which she prepares spaghetti but only on Sunday evening. For the little anecdote, look at the floor, she had self-taught tiles laid so that the children can learn while having their meal. A sort of encyclopedia in pictures on animal species, fruits and vegetables. It is to give you an idea of ​​the atmosphere of the house. But it is also in this kitchen that she will barricade herself for 4 days in 1969, when she will be evicted, riddled with debt. And that despite the appeals for donations from Brigitte Bardot and Grace of Monaco.

Les Milandes is also a reflection of his struggles.

It is her "Village of the World, the capital of fraternity", as she said.

She even wanted to create a college of universal brotherhood there.

To get there, she tried to find funds with communist regimes like those of Castro or Perón, without success.

The fraternity which also went through the school collection of the children of the village and its relatives, and also by the creation of a leisure complex - farm, swimming pool, restaurant, hotel - to allow the village to work and to live.

And then for Angélique de Labarre, the owner of Les Milandes, it was also very important to highlight in the museum of the castle the resistance that she was.

This is why her military jacket, her medals are on display - she had received the Legion of Honor in 1961 at Milandes, her armband from the Free French Forces, the weapons she hid in the cellar during the Resistance, photos and documents.

And we still rediscover Joséphine, the singer.

Obviously, we can see the dresses she wore for the Olympia, Bobino… and her essential banana belt from the "Revue Nègre", which revealed her to the public.

And then in the castle itself, there are the marks of its glitter side: the madness of grandeur with, among other things, its bathroom: she had the ceiling gilded with leaf, installed gold-plated taps, windows in Murano glass paw and so on.

By visiting the castle, you will understand why it has been labeled "Maison des illustres" since 2012. A label which aims to preserve and transmit the memory of women and men who have distinguished themselves in political, social and cultural history from France.