The Family: BFM-TV promises an investigation "without a priori" on the mysterious community

BFM-TV will broadcast this Monday evening a three-part documentary series on `` The Family '', a Parisian religious community which has 3,000 members and on which the press had already investigated. The director of the documentary wanted to disentangle the truth from the falsehood of this group, which is sometimes described as sectarian. 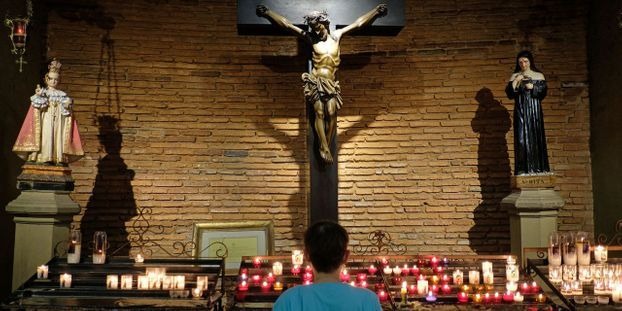 BFM-TV will broadcast this Monday evening a three-part documentary series on "The Family", a Parisian religious community which has 3,000 members and on which the press had already investigated.

The director of the documentary wanted to disentangle the truth from the falsehood of this group, which is sometimes described as sectarian.

BFM-TV is offering from this Monday evening a new documentary series on "The Family", a religious community that lives in Paris and has around 3,000 members.

With one particularity: they have lived among themselves for 200 years and practice inbreeding: they marry only within the community - between cousins, therefore.

Investigation of a mysterious community

Several newspapers have already investigated La Famille such as

. BFM-TV is the first television to devote a long investigation to it - three episodes in total. The objective of this documentary series is to try to unravel the secrets of this mysterious community but also to go and check what was described in the articles.

And on arrival, the director Marie Peyraube qualifies a lot what was written in the press: "At the beginning, we did not know that what had been described in the articles was very outrageous and that there were a lot of things. which were not fair, whose line was very thick. We said to ourselves: we must do this documentary series only if we have people from the inside. What is interesting is to approach as closely as possible. close to their rites, their way of life, how they work. "

Difficult to convince members to testify

And the director succeeded. Two members testify, one of whom has his face uncovered. He answers all questions about how "The Family" works. On the questions raised by endogamy and health risks: several members are carriers of a rare syndrome. These members had to be convinced to testify. A long and complex process to approach them. “There were several I had on the phone who didn't even see the point of standing up for themselves. There is a kind of fatalism and deep kindness about them, of not mixing up too much with the world. It was difficult to find arguments for them to confide in us. It's an eight-month investigation. Time is the key. I think thatthey were convinced that it was going to be a testimony without a priori ", explains Marie Peyraube.

"Repairing the living": LCP highlights the work of the Woman Safe association

The director was thus able to hear the testimony of Valentine, a young woman excluded from the family because she fell in love outside the community.

She had to cut ties with all the members, including her parents, whom she had not seen for several years.

These three episodes are to be discovered this evening on BFM-TV at 8:50 p.m.