30 white rhinos on one plane

Thirty southern white rhinos have been transported to Rwanda from South Africa, officials in the Akagera National Reserve in eastern Rwanda announced Monday, describing this transfer as the "largest of its kind in history" for these endangered animals. 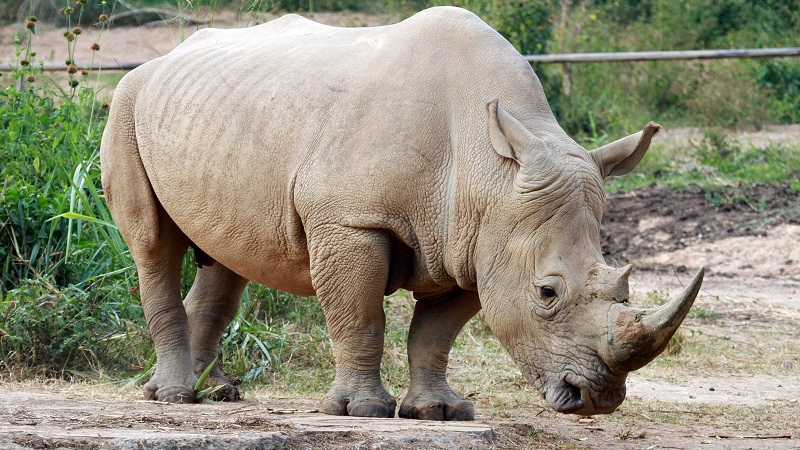 30 white rhinos on one plane

Thirty southern white rhinos have been relocated to Rwanda from South Africa, officials at the Akagera National Park in eastern Rwanda said Monday, calling the move "the largest of its kind in history" for the endangered animals.

The transport of these two-ton animals took two days, and was partly carried out by a "Boeing 747" aircraft, on a journey of 3,400 km.

"This project required a lot of care and a lot of work to get the 30 animals to arrive safe and sound," said Peter Fernhead, managing director of the NGO "African Parks" in a press conference.

The official at the organization that runs the reserve with the Rwandan authorities said the animals were given sedatives to "reduce their stress".

The operation cost about one million dollars and involved 80 people, including veterinarians and specialists in transporting wild animals.

The southern white rhino is one of two subspecies of the white rhino.

This breed is considered critically endangered, as the number of its members is limited to 20,000, according to the World Wide Fund for Nature.

It is classified by the International Union for Conservation of Nature as a semi-threatened species, and the southern part of the African continent is its natural habitat.

In 2017 and 2019, 17 and then five black rhinos, another species, were transferred to the same reserve in Rwanda, and their number has now risen to 26.